When Korea Air vice president Cho Hyun-ah delayed a flight on her family’s airline last year after becoming enraged by a flight attendant who served her nuts in a bag rather than on a plate, the public fallout was immediate. Twitter hashtags were created and newspaper editorials criticised her entitlement. Within a month the 40-year-old had resigned from all her positions within the family holding company Hanjin Group and is facing criminal charges, while her family’s airline is looking at a $2 million fine and possible flight bans.

The incident highlights the importance of reputation management, which is finding traction in Asia. According to the latest research from Campden Wealth and Credit Suisse, A Roadmap for Generational Wealth in Asia, eight out of 10 business leaders in the region now consider reputation as integral for success.

Campden Wealth’s head of research Andrew Porter says that the increasing popularity of reputation management in Asia is likely to increase, as family business owners begin to wise up to the negative effects social networks can have on a company.

“If a business is completely privately held then a poor reputation can have both internal and external effects,” Porter says. “Internally, it can jeopardise human capital, so if employees begin to lose faith in the company then you might see a higher turnover of staff.

“Externally, a privately-owned business might find it has trouble growing into other markets if they are seen as having a bad reputation, and may even encounter difficulty in acquiring local deals.”

According to A Roadmap for Generational Wealth in Asia negative reputational events have impacted 30% of businesses in the sample. Yet, of this group, 92% were completely confident in their resilience against future events.

Porter says this is because family businesses that have suffered negative events in the past often put in place formal structures and procedures to prepare for the worst.

“Reputation management also serves as a great vehicle for the next generation, as the content is something they are very familiar with. Their expertise is a good tool for opening a dialogue with the elder generation and can help professionalise the business,” Porter says.

A Roadmap for Generational Wealth in Asia is the largest Asian-focused research conducted by Campden Wealth and Credit Suisse, and features family businesses from 13 different Asian countries alongside 40 high net worth participants. 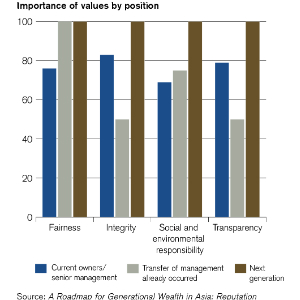 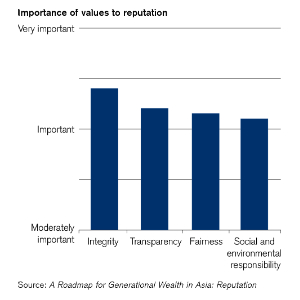 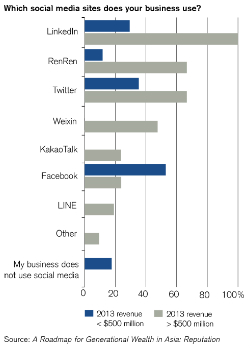 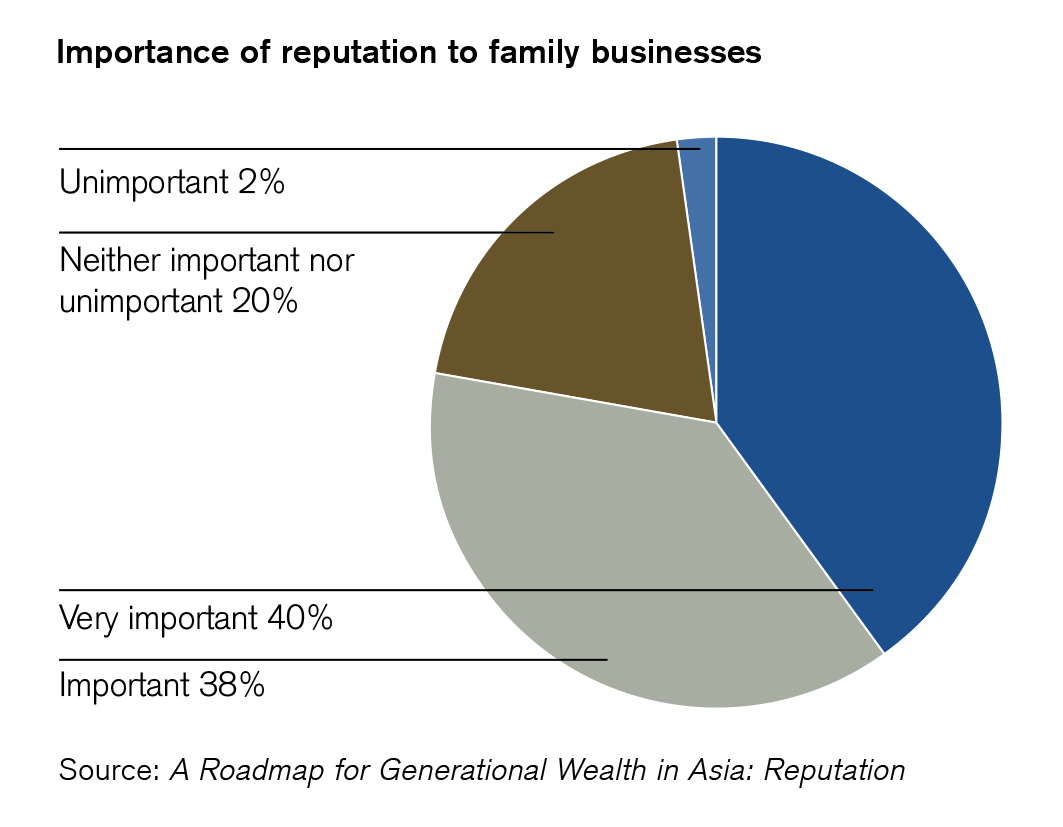