Living longer thanks to advances in healthcare and technology means family business leaders may marry and have children more than once, with huge repercussions around the kitchen table and the boardroom table. James Beech looks at how ‘blended families’ and family businesses mix Living longer thanks to advances in healthcare and technology means family business leaders may marry and have children more than once, with huge repercussions around the kitchen table and the boardroom table. James Beech looks at how ‘blended families’ and family businesses mix

Few patriarchs or matriarchs could claim the succession process of handing control of the family business to the next generation is without complications. Add to those complications the circumstances of the modern family tree, which may have grown branches of varying lengths and strengths, or may have cross-pollinated with other trees, at differing levels of compatibility and authority.

Family businesses cannot help but mirror the societies they live and work in, whatever their wealth, and society has changed radically in 50 years, never mind a century.

Marriages may not endure as long as expected and the financial or societal reasons to maintain partnerships have faded over time, leading to divorce and the division of assets including the family business. Add to the mix the arrival of second spouses, with all their expectations of involvement in the firm and the potential new heirs they may bring. 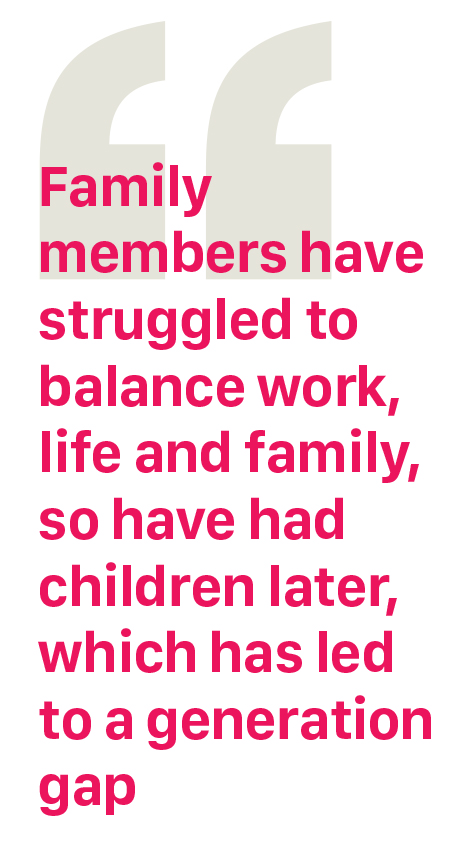 Family business leaders in same-sex partnerships could face challenges in succession if they are childless, although many couples are turning to surrogacy or adoption.

Research by UK advisory firm Families in Business says there are growing numbers of step and adopted children joining the typical company following divorces and second marriages—31% of family firms have so-called ‘blended families’ working together in 2016, compared to 25% in 2015.

Dani Saveker, chief executive of Families in Business, says the number of requests for advice from businesses with blended families has increased as this decade continues. Particular areas of concern are disagreements that arise from conflicting loyalties and feelings of inequality.

Stepchildren also often complain about feeling like second-class citizens who are not as important as biological children.

Tensions are rarely contained within the blended family and can spill over into the family office and affect the non-family members working there.

“Increasingly, family members have struggled to balance work, life and family, so have had children later, which has led to a generation gap,” Saveker says.

“And other firms are finding they have to deal with their families spreading out to live and work across the country, or even internationally—or the impact of younger generations wanting to pursue multiple careers in a lifetime.” 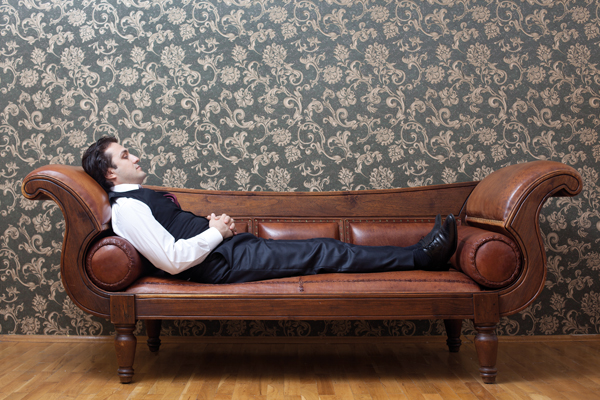 London-based American psychotherapist Kathleen O’Hara has travelled the world in more than two decades of counselling families with her psychological, communication, and educational services.

O’Hara says families with family offices face increasing financial pressure and advisers are needed to work on the family’s psychological wellbeing, just as much their legal structure, especially when blended families are concerned.

“The psychological and emotional impact of trying to assimilate very different elements into a new family system has to be recognised and addressed because we have different values, different personalities, and different ways of raising children,” she says.

“In order to really blend and create a good family structure, careful attention has to be paid to these different elements. They have to be appreciated, they have to emphasise the shared values and the similarities, and this can be accomplished through open dialogue and improving communication.”

Basic communication between first and second spouses is key regardless of whether the couples involved in blended families are heterosexual or homosexual. Communication between gay couples depends on how rigid the family structure is, if an anti-gay attitude is prevalent or if a certain public image is felt that it has to be maintained. If there are more flexible structures in place in terms of personality and values, blending the family is easier, but still requires change, O’Hara says.

“You cannot keep the old system. You can keep elements of it, but you are building something new. It is going to be very difficult if people are not on board with building this ‘new vessel’,” says O’Hara.

“One of the things I have done is to say, ‘Okay, you know we are building something new here, how do you feel about that?’ This is, of course, after people have felt safe and they start to really share, this is why it takes time.” 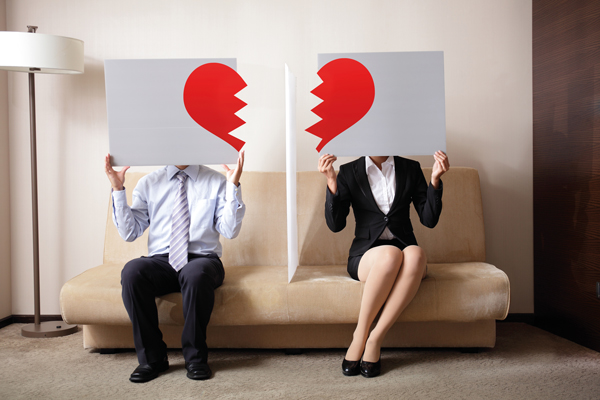 Divorce at the heart of the matter

Trends in ultra-wealthy blended families aligned with divorce, says Jacqueline Fitzgerald, partner at Wilsons Solicitors. The London firm, founded almost 300 years ago, deals with family affairs, from landed estates to UHNW individuals, both on and offshore.

English courts have a reputation for being more generous to wives and for keeping matters confidential. Increasing numbers of family business leaders are getting divorced in their 60s and beyond. 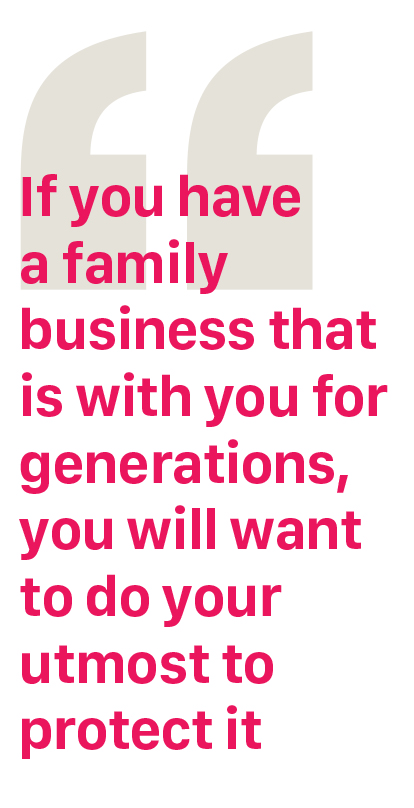 “If you have a family business that is with you for generations, you will want to do your utmost to protect it,” Fitzgerald says.

“Clients need to seek advice in each jurisdiction in which they are connected, and that could be because they either live in the country, or their business may be based in a different jurisdiction, which may enable them to petition there. People need to do their homework before they reveal to their spouse what their intentions are.”

Will husband and wife continue to work in their family business when their marriage ends? If not, who is going to get the shares and who is going to take the business forward? The new partner might not be keen that their previous partner is still working with their spouse.

“If someone has got a successful business already, then before they get married, they should have a prenuptial agreement to protect that company,” Fitzgerald says.

“Because otherwise the wife will come in and then, further down the line, she might try to assert that she was part of the development and success of that company, when that isn’t the case. And if she is running that argument, she will then want a slice of the cake at the end of it.

“It is not just a concern for people who have got a multi-million pound business now when they get married. It is the people who have a fledgling company with the expectation in the future that it is going to be very successful.” 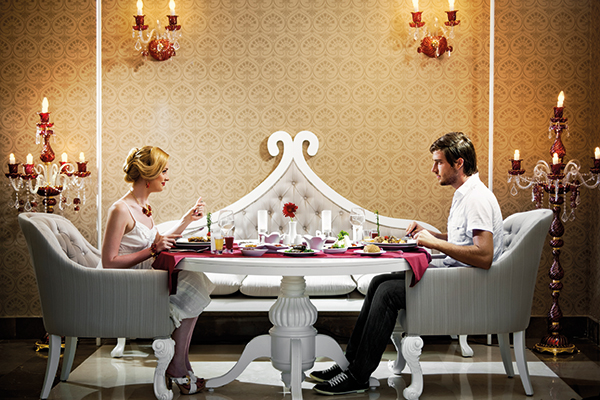 Fitzgerald and O’Hara individually recommend a prenuptial agreement between spouses and careful consideration, in the same way as they would take tax advice as the company develops and grows. Couples in family businesses also need to think about what might happen if they were to divorce, even if they are happily married.

“Just like they do prenuptial agreements or financial agreements and structures, people contemplating marriages of blended families should have the advantage of communication skills, and improving open dialogue, rather than waiting until things happen,” O’Hara says.

“Just as the leader makes financial arrangements and changes your financial structures, he or she should be aware that the psychological and emotional structure of the family will change and should apprise the principles of communication with that.

“It is like anything else, if you wait until there is a problem or conflict, you ignore the signals and it is going to be harder.”

The patriarch of an ultra-wealthy American financial family business maintained an amicable relationship with his ex-wife and they parented their two children well despite their divorce.

Problems started when the patriarch met someone new. Although his teenaged children and the two teenaged children who came with his new partner appeared to get along when the new family moved in together under the same roof, competition developed between the ex-wife and his new wife.

The two women jockeyed for position as the second wife asserted her personality over the patriarch and the household of the new blended family. This rivalry was not addressed and the tension between the two women transferred to their adolescent children. 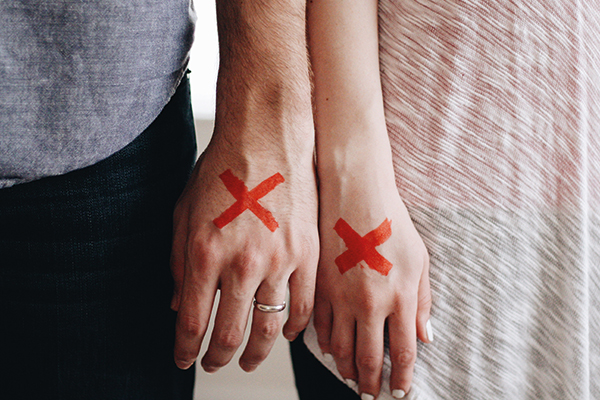 “The children started to be unconsciously or consciously manipulated,” says psychotherapist Kathleen O’Hara.

“Adolescence is a particularly difficult time anyway, even in a stable family. The children were at odds with each other and one of the adolescents started acting out, which was then blamed on the second. The father shut down, which is a natural reaction—he just could not deal with it. He withdrew and it made things worse.”

The deteriorating situation that was consuming the blended family affected the family business as well. The patriarch wondered where his happy second marriage went. He felt guilty and stayed at work to avoid going home.

O’Hara was called in to help when divorce and the break-up of the blended family loomed.

“What starts to happen is people only remember the things that were done. ‘Well, you know, she hung up the phone and she did this’. Everybody was identifying behaviour rather than the cause of what  was going on. The ship started to sink.”

O’Hara worked with the blended family to create an agreement where members would come together and begin to speak about their issues honestly.

“This was not an easy thing to do, particularly when there is bitterness. It would have been better to do it before the problem started, as with anything really.

“This was not an old family so that also made them more amenable to psychological advice.”

Divorced couples can remain tied to each other through the family business or family office long after the relationship has ended. This tie, whether welcomed or not, can cast a long shadow on a spouse developing a new relationship and it forced another ultra-wealthy American family business patriarch to make a stark choice.

Acrimony between his ex-wife, with whom he had children, and his new girlfriend with whom he had more children, became so fierce that the new couple decided not to marry at all, which destroyed the second relationship and plunged the patriarch into a depression.

“I dealt with the aftermath of the break up. While many problems ultimately were avoided, the person would have had a chance of happiness had he addressed the problems [from the start]. 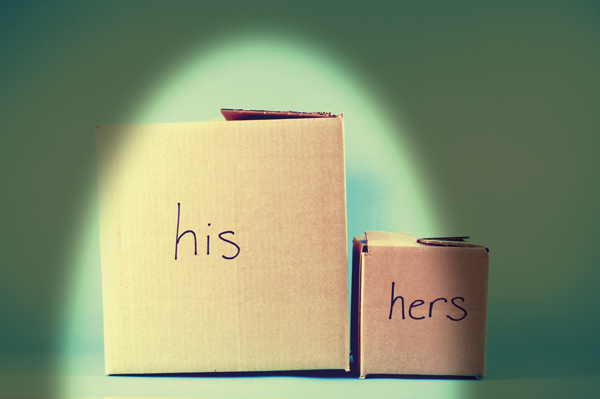 O’Hara says the ex-wife was afraid to lose her position and connection with her former husband. Finances may have been settled, but psychological and emotional boundaries were not at an end in the first marriage, which created problems going into the next relationship.

“Everyone knew the first children were going to inherit and there were provisions made for the other two children. But even that can be manipulated, especially with adolescents. The second group comes in and is vying for attention. So even though the first group is guaranteed their inheritance it does not mean that the emotional jealousy is not there. Particularly if they’re manipulated by the parents.”

O’Hara counselled the patriarch’s depression by first asking what the emotional ties with his first wife were and asking how they were going to work for him.

“He actually listened to his first wife and did not marry and a depression ensued because he had to give up something. Now maybe if he had settled those issues, he may have been able to get married [a second time].”