A childhood of discovery has inspired Mita Vohra in myriad paths from lawyer to jewellery designer and philanthropist. She speaks to Alexandra Newlove about growing up in one of Africa’s most prominent hotelier families, seeking challenges outside the fold, and her new jewellery company, Ortaea A childhood of discovery has inspired Mita Vohra in myriad paths from lawyer to jewellery designer and philanthropist. She speaks to Alexandra Newlove about growing up in one of Africa’s most prominent hotelier families, seeking challenges outside the fold, and her new jewellery company, Ortaea

Self-assured, seeking the best from herself, and ready to face challenges head-on and unafraid. When coming up with concepts for her jewellery, Mita Vohra creates for a woman who “owns her own style”. 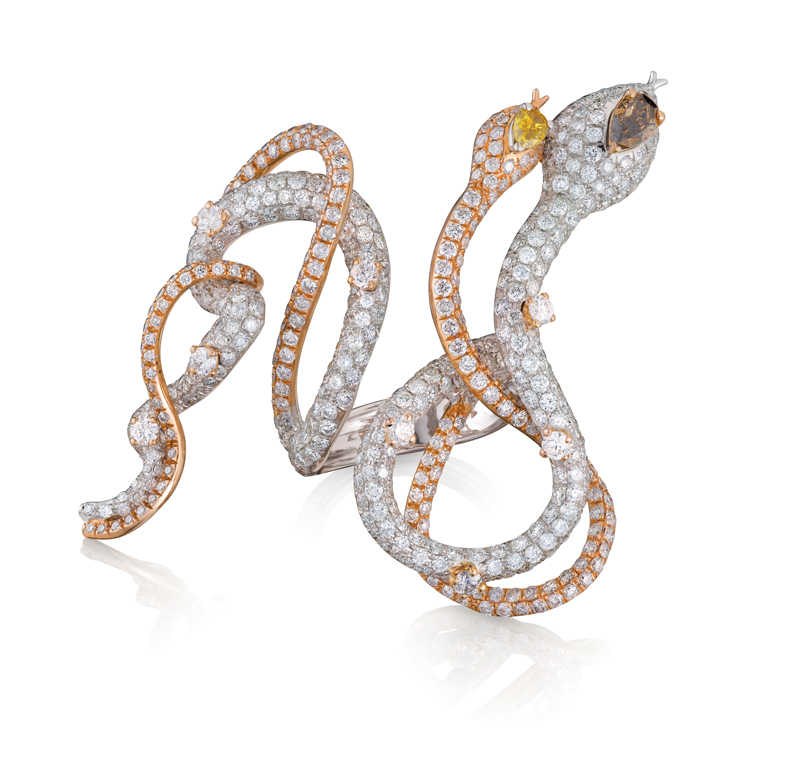 “No-one tells her what to wear, or how to wear it.”

Vohra, in other words, is designing for a woman a bit like herself.

The softly-spoken daughter of the co-founder of one of Kenya’s largest hotel chains, she rejects the idea of a muse, and in fact found it incredibly difficult choosing a model on which to photograph the collections of Ortaea.

“I know it is aspirational to have a model woman, but Ortaea is not about telling women how they should be. There is no ideal woman, every woman is ideal,” Vohra says.

The resulting jewellery is bold, thoughtful, and form-focused, drawing on lines from nature and architecture.

Raised in Kenya and of Indian descent, Vohra studied law in England before briefly joining the family business, Sarova Hotels, and realising fairly quickly that the cushy world of an heir was not for her.

“When you join a family business [as a family member], frankly, at the beginning you are not as accountable, people treat you with kid gloves and you get special privileges,” Vohra says. 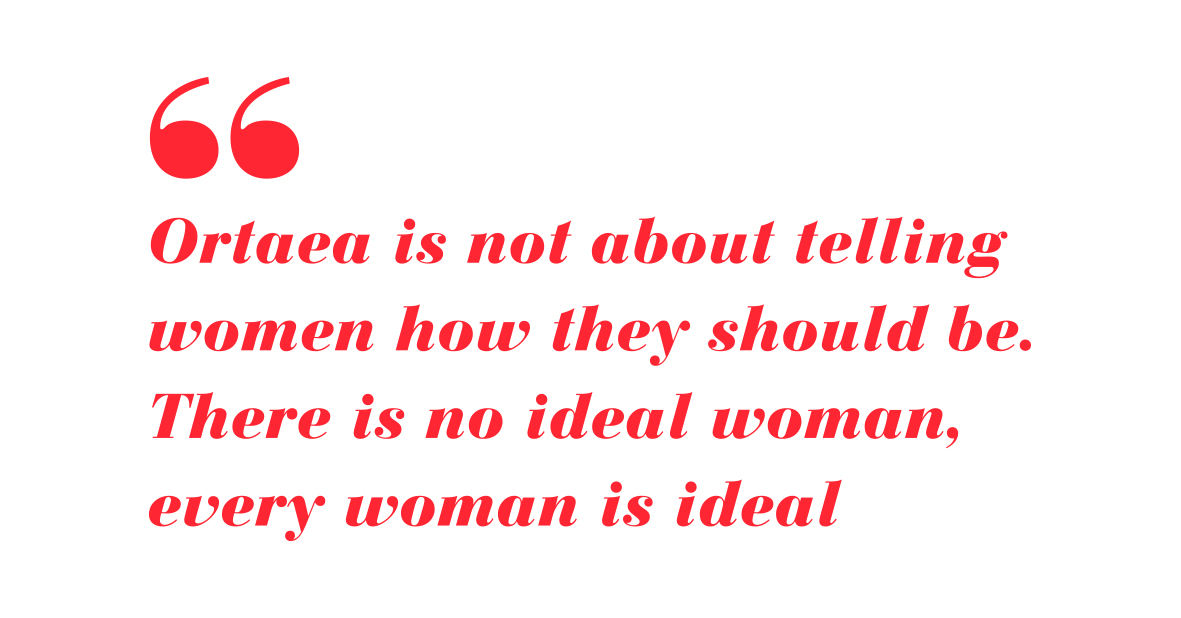 “I have always had this independent fire in me, and so I nearly became an investment banker. I did some interviews, and got some very nice job offers.”

But while considering these offers, she had an encounter with a film crew who were staying at one of her family’s hotels while researching a project in Kenya. The chance meeting led to a three-year stint working in film financing, and two years on a project leveraging media assets.

“It was very exciting to me because it combined finance, law, and creative,” Vohra says.

During this time Vohra was surprised to find she had a previously-untapped creative side, and when she met her former husband, she used this to help him expand from being a gem dealer, into founding a jewellery company, Jooal. 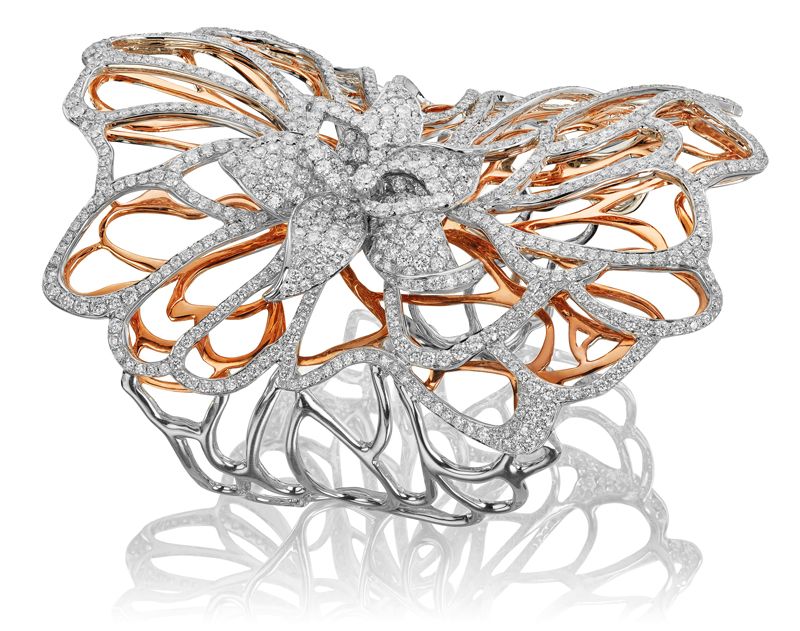 “When I got married I moved back to Kenya. There was not really any kind of media business there. I also felt like I had done my years [in media]. It’s travelling at the drop of a hat, and is very intense. It’s not really how I wanted to live, once I’d got married. I was seeking a balance between work and family.”

“We grew very fast, very quickly, and it was very exciting,” Vohra says.

When the couple separated towards the end of 2014, they remained friends and for 18 months continued to grow the business together. 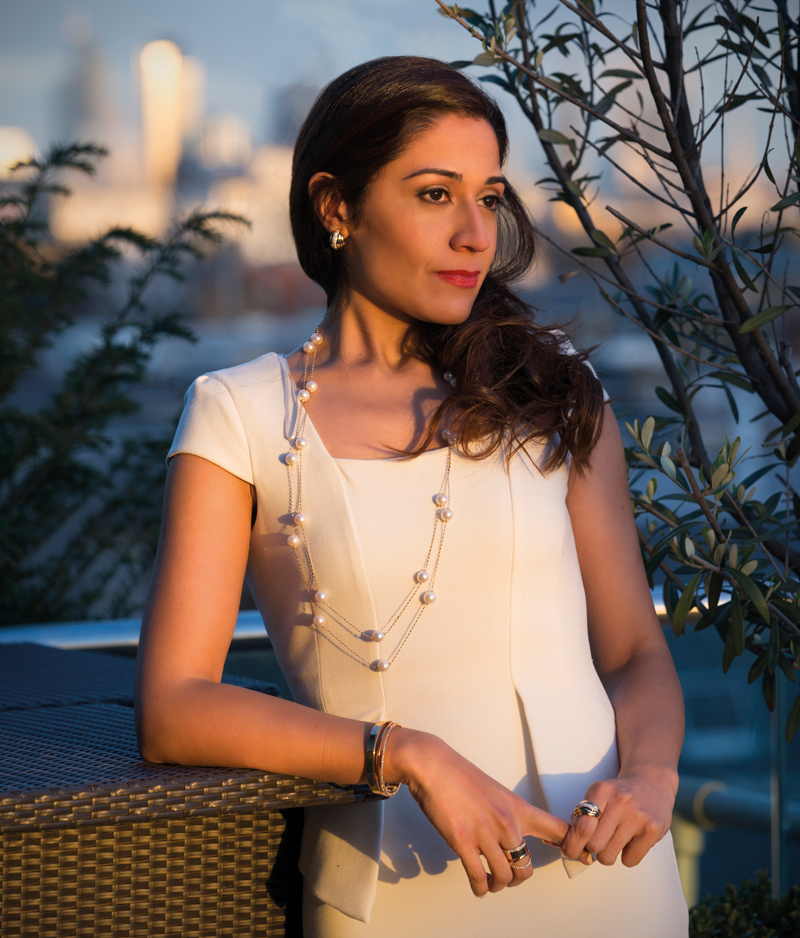 “After that time, we decided that working together was not sustainable. Both parties need to move on with their lives and it becomes incredibly complicated.”

Vohra made the decision to walk away from Jooal and to launch a new brand.

“Absolutely everyone I knew, except for three people (her niece and nephew, and a close friend), thought I was completely insane. They said, ‘Why are you doing this again? You could work in hotels, you could work in family real estate development, why would you launch a new business again?

“But my mother and sisters always stand as anchors with me, whether or not they agree with my decisions. Sometimes you just know something is right for you. I am a big believer that when you want to do something, and there is a flow that moves with it, then it is really meant to be.”

The “flow” she is talking about came in the form of an open door at London’s Harvey Nichols.

Vohra had already been in talks with the luxury department store in relation to Jooal—something her ex-husband had since decided against—allowing Vohra a fresh approach, this time with her own concept. 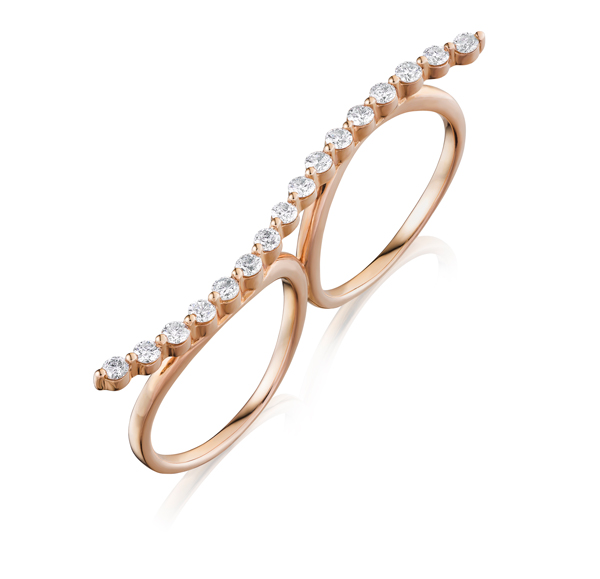 “I thought it would be a very tall order to get in, because I didn’t have any jewellery to show them.”

As it turned out, Harvey Nichols were excited about the line, saying they wanted to open her boutique in three months.

“I was like ‘three months?’. I don’t even have a single piece of jewellery yet—or a name.”

Ninety sleepless nights later, Vohra opened her elegant space at Harvey Nichols under the banner Ortaea—an amalgam of “Ortus”, a Latin word meaning beginning or rising, and “Gaia”, the Greek goddess of creation.

Ortaea’s thoughtful, statement pieces tell stories about empowerment and connection to nature and people—themes instilled in Vohra from a young age by her father Gurcharan Singh Vohra, Sarova Hotels co-founder.

In what sounds like a charmed childhood, Vohra travelled widely, and met people from all around the world. 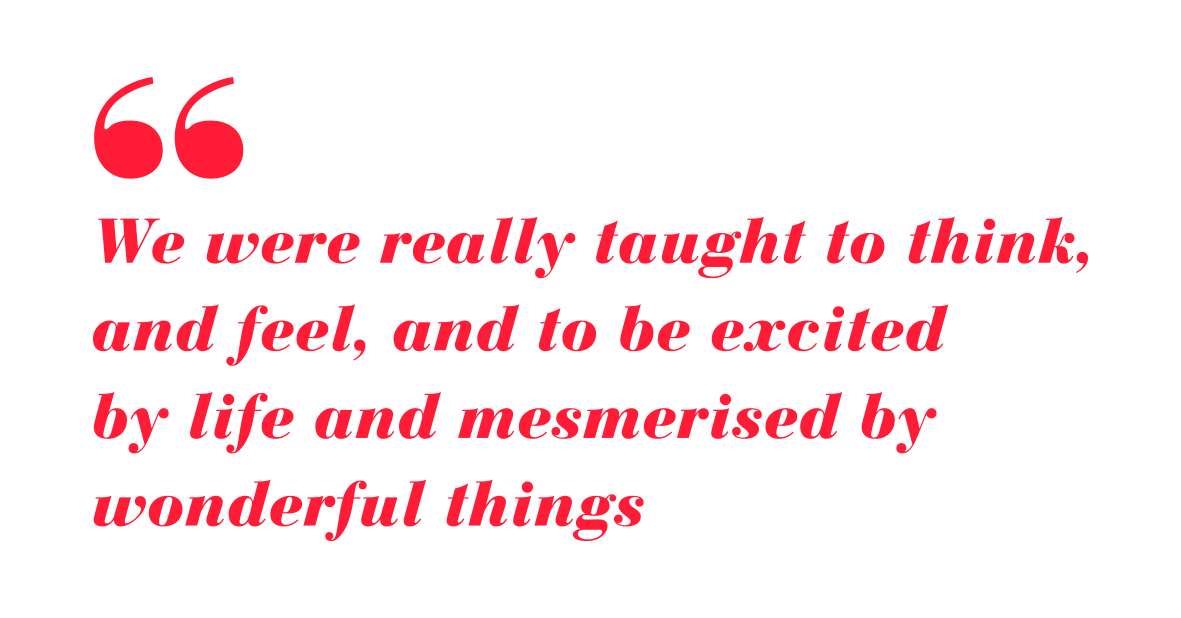 “We were really taught to think, and feel, and to be excited by life and mesmerised by wonderful things.”

“My love for nature, the key inspiration behind Ortaea, comes from a childhood of wondrous travels. We adventured on safaris, swam and star-gazed on beach holidays, drove across the Lake District, explored natural sites from Sicily to the Grand Canyon, and Mexico. “

Hailing from a family of entrepreneurs, Vohra grew up with a father and brother who taught her about “the power of your own will and the strength you have within to make things happen”. Thinking out of the box and for the greater good were also key themes.

“The ethos was that nothing is impossible, and not even the sky is the limit. It was a wonderful way of thinking to grow up with.” 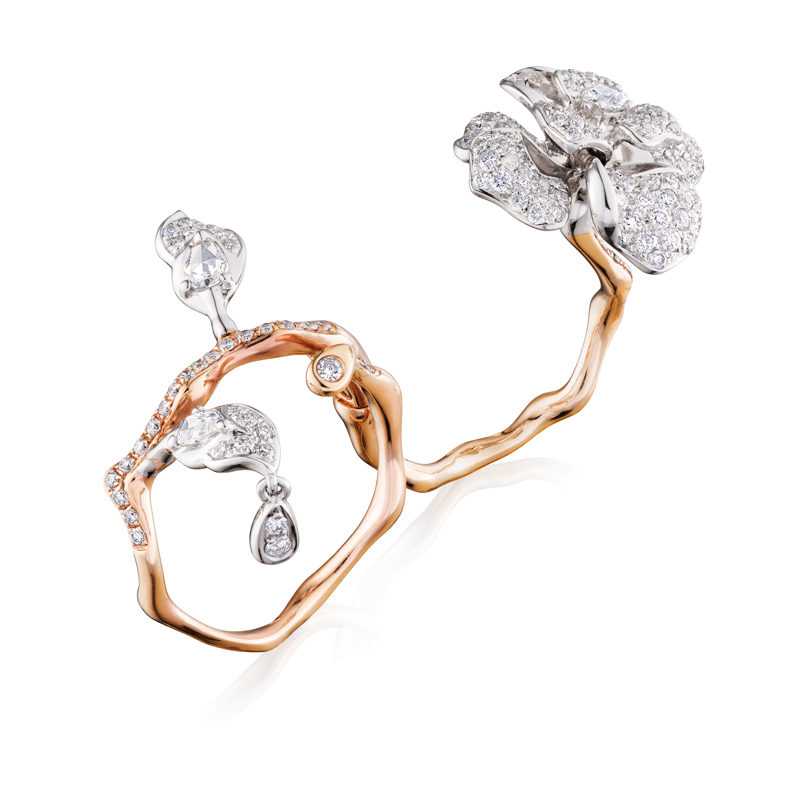 Vohra’s father, who passed away in 2013, was also a lawyer, then started a plane charter business flying between Nairobi and London. He also became interested in buying and selling property.

“Honestly, I think the first hotel was perhaps just meant to be a property investment, but then he became a hotelier. That is what I call flow. He had an incredible way about him. He managed to find the right properties at the right time, and they managed to grow both a hotel and a real estate portfolio incredibly fast.” 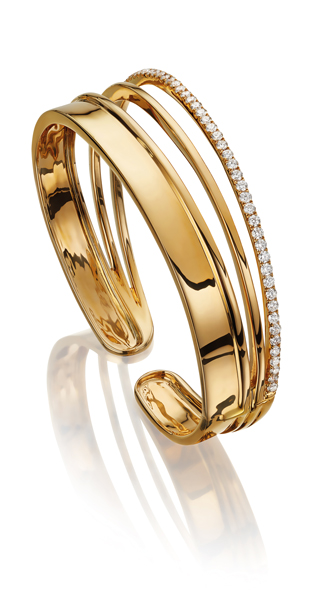 Vohra’s brother, Sandy Vohra, led Sarova as managing director from 1992 until 2006, when he died tragically in a motor accident.

“My brother was on the Kenya Tourism Board, chaired the Hotel Keepers Association as well as the committee for the Central Business District that was geared [up] to clean up the deteriorating city centre in Nairobi.”

Today, Sarova Group’s properties include 11 hotels, resorts and game lodges across Kenya, plus four in the UK. Vohra has been on the board since 2014, and often travels to Kenya.

“Our sites are incredible,” she says. “We have one historic hotel, Sarova Stanley, in the centre of the city which is the oldest in Nairobi. It is where Ernest Hemingway used to write and the first stock exchange in Kenya was in that hotel. There are just hundreds of stories.”

The family also owns Kenya’s largest beach resort, the Sarova Whitesands Mombasa, and the largest city hotel, the PanAfric, that is about to undergo a dramatic revamp blending its retro 1970s style with modern Africa.

Despite having a fledgling business of her own, and a growth-focused family dynasty to keep abreast of, Vohra’s focus at present is the charitable foundation set up in memory of her brother Sandy, who was passionate about the environment and skill-building. 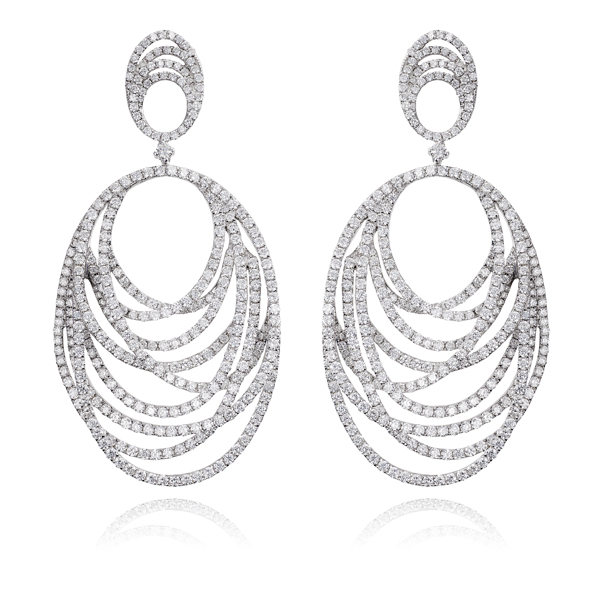 The Vohra family has a philanthropic legacy focused mainly around re-forestation, elephant conservation, and education. A paraplegic centre and a spinal injury ward have also been developed in conjunction with partners.

To say Vohra is “hands on” when it comes to the Sandy Vohra Foundation, is an understatement.

The foundation is centred on education and Vohra rolled up her sleeves for its latest project with Films Without Borders.

“I went to the [Nairobi] slums, interviewed 200 kids, picked 14, and we trained them to make a documentary about the slums,” she says.

“We then got four internships at the biggest media station in Kenya for the best four. One of the girls went to Al Jazeera and then on to become a photographer. 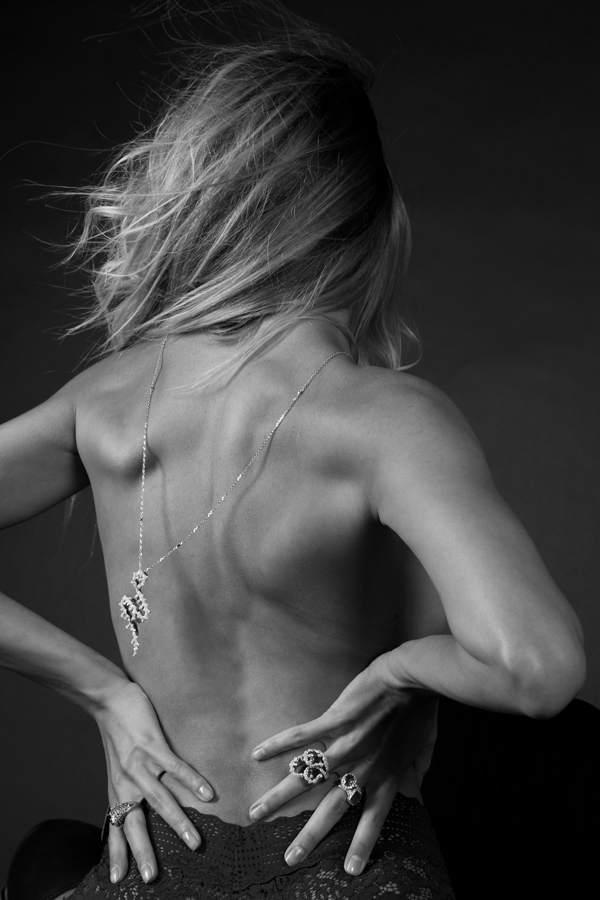 “These kids have been through so much in their lives, they have so much creativity locked inside them just craving expression."

The foundation is also looking into projects around artificial intelligence and robotics training, creative marketing, and entrepreneurship programmes.

Meanwhile, back in London, Vohra is mindful of the need to keep hold of the reins at Ortaea.

“We have had several offers for investments,” she says. “But the vision is at such a nascent stage. Part of a new business is having that vision, not everyone understands it and if you put different people into the mix [at this stage] you can confuse it.”

That is not to say Ortaea will stop at London. Having already had offers from Dubai, Vohra instinctively feels New York is her next target market.

“I want to keep the ‘niche-ness’,” she says. “I do not want to spread myself thin. I am one person, and you do need to visit every place, be with your team and create the vibe, otherwise you can become entirely detached and commercial.”

Doing it her own way, expect nothing less from Mita Vohra.

Fostering family dynamics that boost entrepreneurship
How family investors can reap what they sow in vertical farming with Vertical Future
Finding the positives in a pandemic
Sustainable investing in the private wealth sphere: How can fiduciaries balance the risks with the rewards?
Top 75 Family Business Leaders 2019: Americas