Michael “Jim” Delligatti, the McDonald’s franchisee credited with inventing the bestselling Big Mac almost five decades ago, has died at the age of 98. Michael “Jim” Delligatti, the McDonald’s franchisee credited with inventing the bestselling Big Mac almost five decades ago, has died at the age of 98.

The entrepreneur is survived by his wife Ellie, sons Jim and Michael, five grandchildren and eight great-grandchildren.

Hailed by the fast food corporation as “legendary”, the World War II veteran opened his first McDonald’s restaurant in 1957 and introduced the signature sandwich 10 years later after listening to his customers. An initially resistant corporation rolled out the successful Big Mac nationwide a year later and billions have since been sold in more than 100 countries. 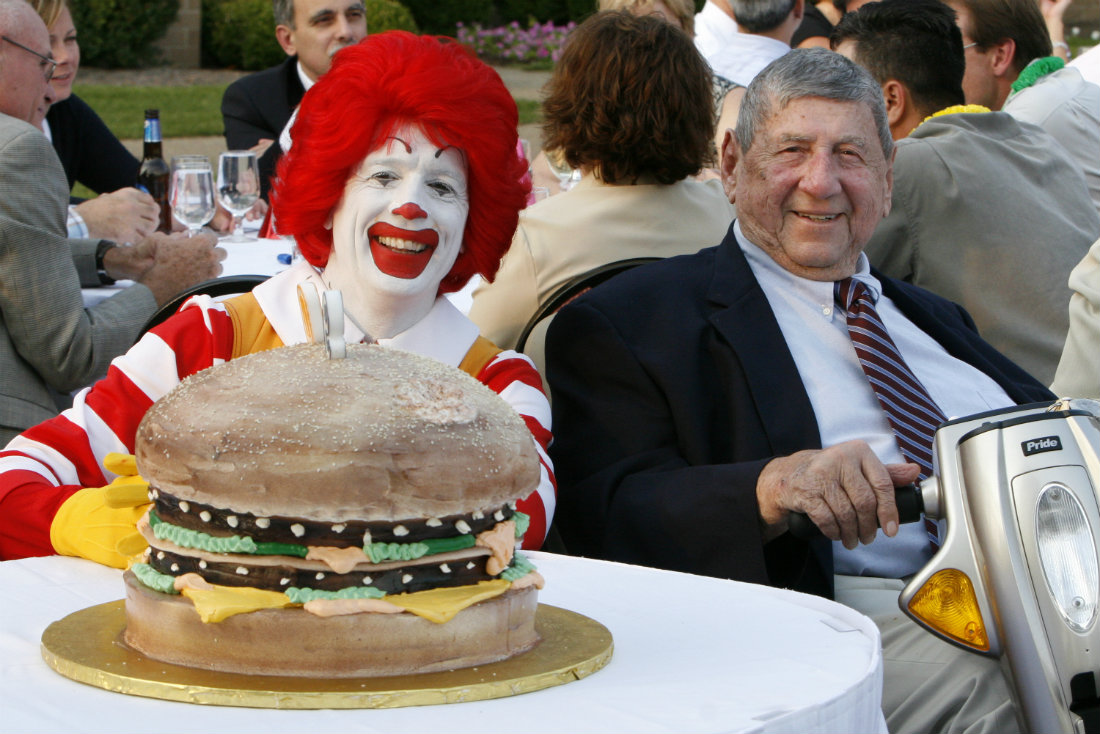 McDonald’s said in a statement Delligatti (pictured with a Big Mac cake for his 90th birthday) was “an exemplary individual” who embraced the community. He championed causes and organisations which benefitted children, among them Pittsburgh's Ronald McDonald House which he co-founded in 1979 to accommodate the families of youths undergoing life-saving healthcare.

“We will remember Jim as an insightful franchisee, a knowledgeable businessman, and an honourable gentleman who left a legacy of four generations of family members running great restaurants in Pennsylvania and North Carolina,” McDonald’s said.

“Our thoughts and prayers are with the entire Delligatti family during this time.”

The fast food corporation reported its third quarter sales increased 1.3% in the United States, helped by its All Day Breakfast. However, the increase was offset by poor sales in China due to unrest in the South China Sea and in comparison to strong results the year before.

Priyavrata Mafatlal: Leadership is earned, it’s not a right
FB Roundup: Rihanna, Naguib Sawiris, Nicky Oppenheimer
The greatest trend of them all: Reading the tea leaves for 2022 and beyond
Fostering family dynamics that boost entrepreneurship
How family investors can reap what they sow in vertical farming with Vertical Future