From its beginnings supplying the theatres springing up in the early days of London’s West End to a £10-million-a-year business, the history of Angels the Costumiers is a glamorous mix of theatre, film and fashion. From its beginnings supplying the theatres springing up in the early days of London’s West End to a £10-million-a-year business, the history of Angels the Costumiers is a glamorous mix of theatre, film and fashion.

The headquarters of Angels may be nondescript from the outside, but inside the very walls of the family business seep with film history. At the entrance, the spaghetti western-inspired costumes of Quentin Tarentino’s Django Unchained face off against the glittering 1920s garb of Baz Luhrmann’s The Great Gatsby – both recent projects completed by the 170-year-old business. Elsewhere film and theatre paraphernalia showcase other entertainment bigwigs the family business has worked with. A hopeful request for a refund from Charles Dickens when a play he was staging was cancelled hangs nearby posters from more recent Hollywood blockbusters like Titanic and Gladiator.

The family costumiers works with a film or play’s designer to bring their vision for the look of the production to life – from working out how to make complicated garments, pattern cutting and prototypes through to the final construction of the clothes. Angels has been the engine behind more than 30 Academy Award wins for best costume, the most recent being for Anna Karenina in 2013 staring British actress Keira Knightly (pictured, right) 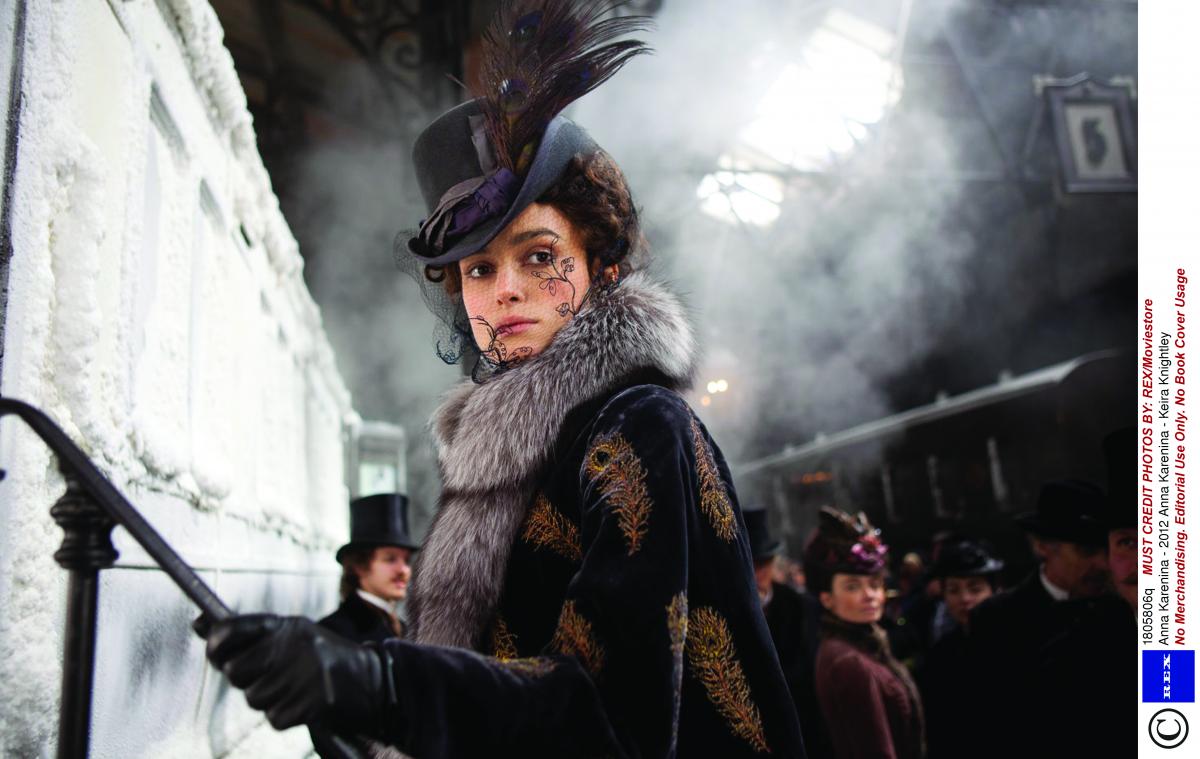 . To be fair, the odds were stacked in Angels’ favour, having made the clothes for four of the five nominations. It won its first back in 1948 for Lawrence Olivier’s interpretation of Hamlet. The Oscar goes to the costume designer rather than Angels, but the company does keep the costumes to add to its vast archive.

Sixth-gen Jeremy Angel, creative manager at the family business, admits the love of their craft affects their enjoyment of film. His father, company chief executive Tim Angel, a former director of Bafta, watches historical dramas through a haze of frustration at anachronisms in the costumes. He couldn’t watch the hit television series Game of Thrones until his children had explained it was fantasy rather than an inaccurately costumed medieval drama – it is now one of his favourite shows. 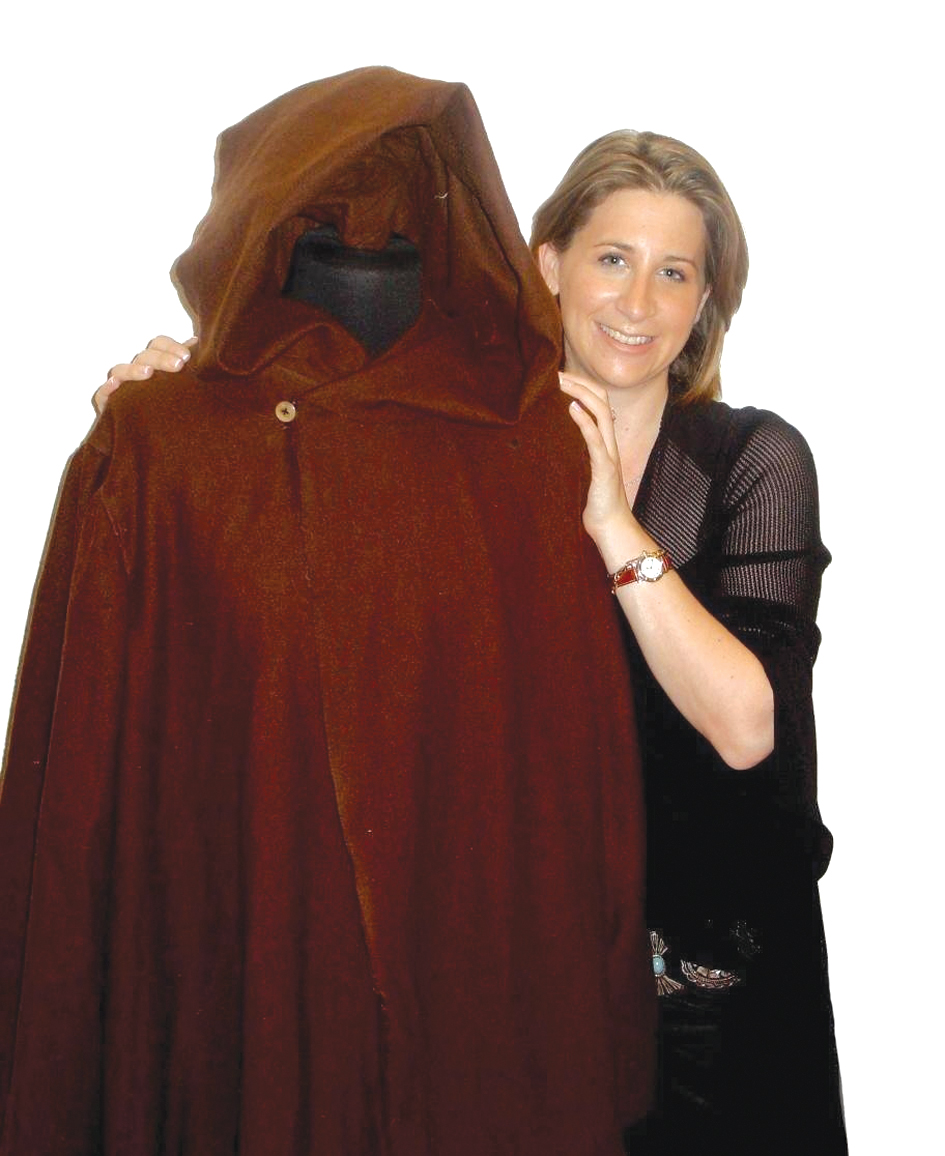 Jeremy is a Star Wars fan and has his fingers crossed Angels will be awarded the contract for the next film. It would not be Angels’ first brush with George Lucas’s epic. It worked on the original three films back in the 1970s, and Obe-Wan Kanobe’s iconic cloak (pictured, left with Emma Angel), which was once thought lost, famously turned up nearly two decades later having been mistakenly relegated to the monks’ costume rail where it was lent out as part of their costume hire business. It had last been used for a school nativity play before the error was realised and it later sold at auction for £55,000. When it comes to Jeremy’s favourite type of costume, however, his taste is a world away from sci-fi. “I love Elizabethan,” he says. “I think it’s the most beautiful, beautiful costumes.” 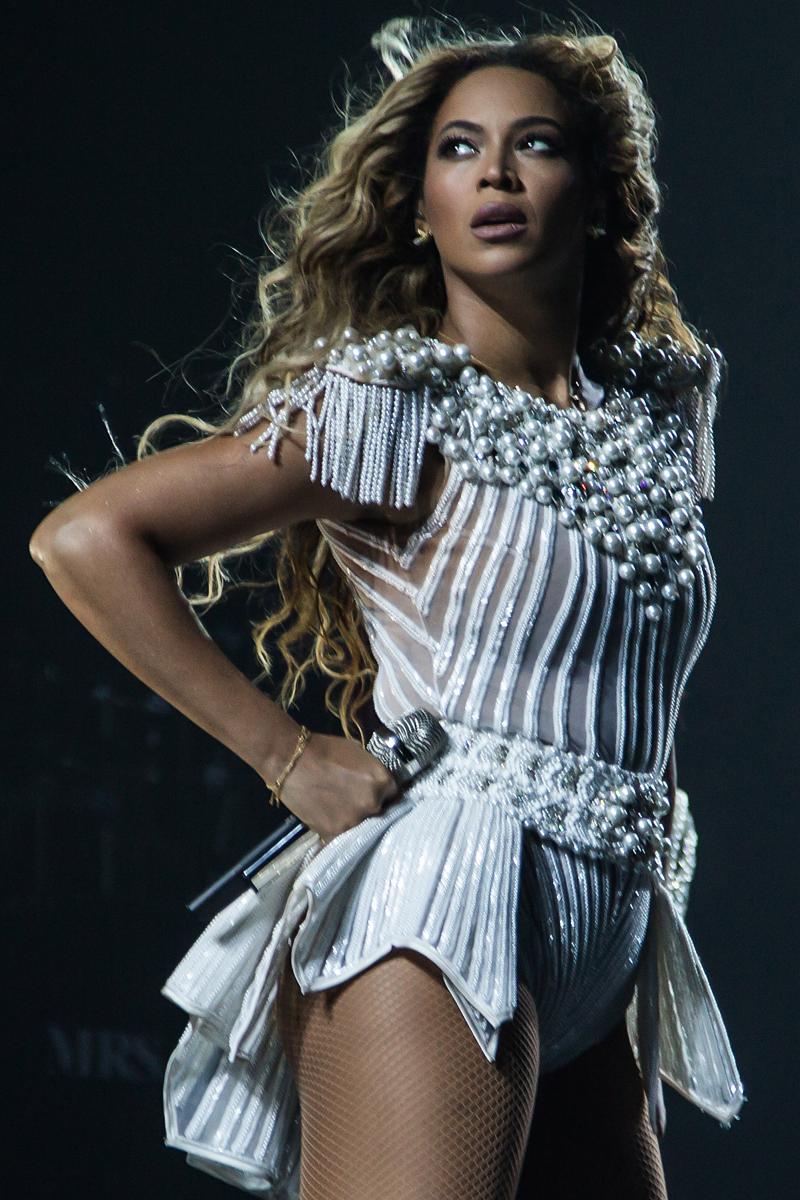 Pop superstar Beyoncé (pictured, right) must agree with him. She called on Angels to make the elaborate pearl encrusted ruffs and corsets – reminiscent of the Elizabethan era – to promote her recent Mrs. Carter Show world tour. Another fashion eccentric, the late British fashion designer Alexander McQueen – famed for both the extravagance of his designs and his skill as a tailor – trained with Angels at the beginning of his career.

Angels have a team of 40 seasoned costumiers, supported by apprentices of the craft, but most of the family themselves are more focused on the business side of things. Each of the three sixth-gens heads a different division, while their mother, Eleanor, works in the finance department. The exception to the rule is eldest sixth-gen Daniel who is head of costume and, according to Jeremy, the only Angel child who can sew, but even the majority of Daniel’s role is project management rather than making. 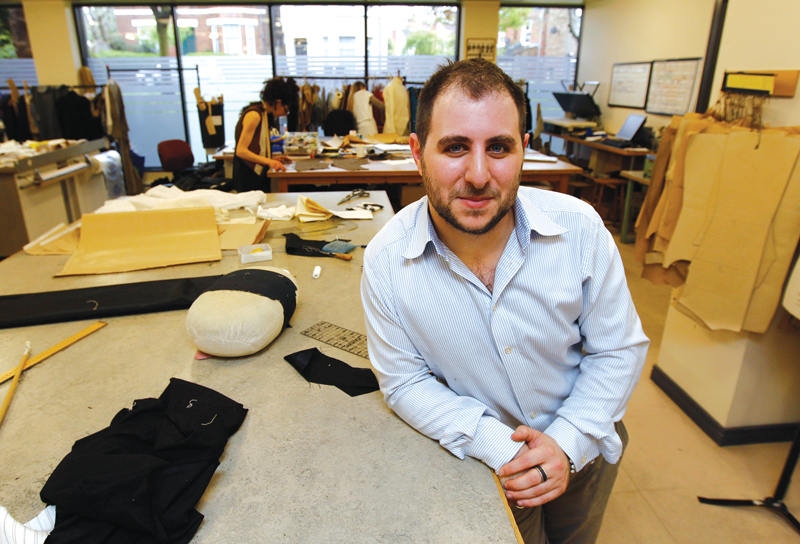 Factory technology hasn’t encroached too much on the world of Angels, with most staff sewing everything by hand to give the greatest attention to detail. Staff will often go out to film sets for fittings, but the majority of work is done at headquarters – with actors sometimes making the journey to the north London warehouse for measurements. Terry Gilliam and the late Heath Ledger loved the ambiance of the building so much that following a fitting there they were inspired to use it for rehearsals for Ledger’s last film The Imaginarium of Dr Parnassus. (Jeremy Angel in one of the company's many workshops, pictured, left.)

No two jobs are the same, Jeremy says. “Designers will come to us and say something like, ‘right, I need 10,000 extras and I need it to look like this, I need this amount of daywear and that amount of nightwear and I need you to supply it all, can you do it?’ and we’ll say, ‘yes, of course’.” Pieces will then be selected from Angels’ stock and measured and sent off, or made completely from scratch. Other times Angels will only be commissioned for the main characters’ costumes.

Over the years the Angels’ costume collection has snowballed to more than one million items on eight miles of rails, all neatly catalogued according to genre, period and size. In the religious section rows and rows of monk robes eventually give way to rails of nun habits, before turning to cardinal reds with just about every other spiritual post imaginable stretching off into the distance. Every single item in the Angels’ library is available for hire – except its police uniforms, which risk being used to impersonate officers of the law.

The costumiers are expert on different periods or genres such as Tudor, Victorian, military or other uniforms, and it has a collection of tomes on historical dress. “You can’t get it wrong,” Jeremy says, pointing at a First World War uniform in the cavernous military department, “If those buttons were wrong, people would know.” Jeremy adds, “It really, really has to be accurate – especially now with high-definition screens, because not only is it going to show up a foot square on the screen, it’s going to be crystal clear.” The military collection is a great source of pride and Angels can do at least 100 costumes for any army of any period without notice.

In addition to keeping up pace with developments in the entertainment industry, Angels now retails mass-produced fancy dress goods on its website, auctions occasional famous items and runs guided tours of its warehouse and workshops. The succession question has raised its head, but Tim’s replacement is far from decided. “I think the road he’s going down at the moment is that he wants all of all of us to understand everything,” says Jeremy. As for topping what the last five generations have achieved, Jeremy reckons, “It is a challenge as well as intimidating. And challenging is a good thing because it is something to aim for.”