It’s a frightening and heartbreaking phenomenon: the majority of proud legacies amassed by a generation that rolled up their sleeves and acquired great wealth begin to trickle away in the second generation and disappear entirely by the third. The “rags to riches to rags” story isn’t uncommon and families who manage to hold on to their wealth are the exception, not the rule. Financial experts blame everything from lack of discipline and sense of entitlement to poor stewardship and family infighting.

One important piece of the puzzle, often missed but all too apparent, is the prevalence of substance abuse and mental health issues that plague the wealthy. A recent survey of UHNW families conducted by Paracelsus Recovery and Campden Wealth indicates that most are worried about the potential impact of drug and alcohol addiction on family legacies. 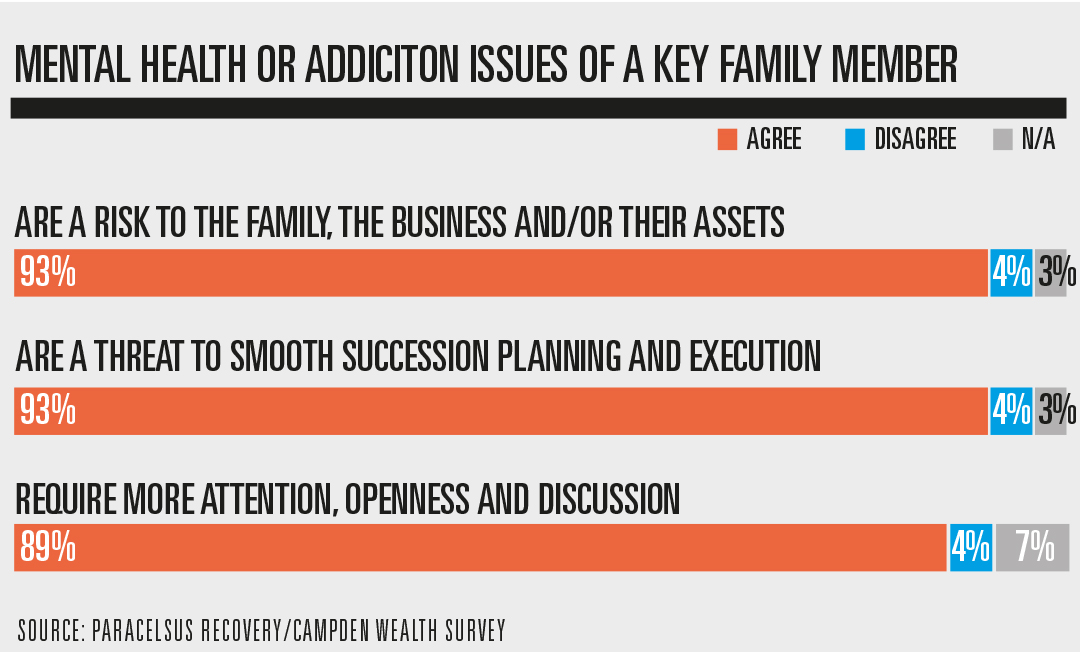 According to the survey, 71 percent of respondents admitted they are aware of or directly affected by a family member’s struggle with mental health or addiction and 84 percent said they are concerned about potential damage to the family’s reputation. Without exception, all expressed concern about the destructive potential of bad decisions fueled by substance abuse.

Tales of fortunes lost due to mental health issues and addiction are plenty although they are often publicly denied with the loss attributed to other factors. For example, the family forced to sell the controlling stake of Chinese pharmaceutical giant Hisoar they had built, to settle a gambling debt of their son and heir, or the unraveling of the Stroh Beer empire.

Children of UHNW families grow up in a different, somewhat rarefied atmosphere. Along with great wealth and privilege come challenges unlike those confronting the offspring of parents of more typical income levels. Children of affluent parents often experience intense pressure to excel in school, and by extension, in their social lives.

Adolescents on the verge of adulthood may feel that their personal interests and passions are of little value. Young adults who are expected to join a family business have limited career choices and may be pressured to find spouses of similar backgrounds. Wealthy kids tend to be unfamiliar with the grit and determination that spurred their grandparents to amazing levels of success, and parents are concerned that the next generation is ill-equipped to handle the responsibilities that come with a hefty inheritance.

Frequently, lack of purpose leads to crushing boredom, anxiety and depression. Like their less wealthy counterparts, children of affluent families may turn to drugs and alcohol to relieve uncomfortable emotions.

Most people of average income levels are compelled to seek help when they hit “rock bottom” such as financial difficulties or jail. Ready cash allows UHNW individuals to surround themselves with a cadre’ of personnel and private physicians who keep the problem under wraps, thus removing natural consequences and allowing negative behavior to continue until major damage has been done.

Families should never assume that such problems can resolve themselves, but wealthy individuals tend to be wary and hesitate to seek help when problems become unmanageable. They may go to great lengths to cover up a family member’s illness due to fear of blackmail, extortion and potential reputational damage if information leaks. Some are simply unwilling or unable to invest the considerable time involved in addressing severe addiction and mental health issues. 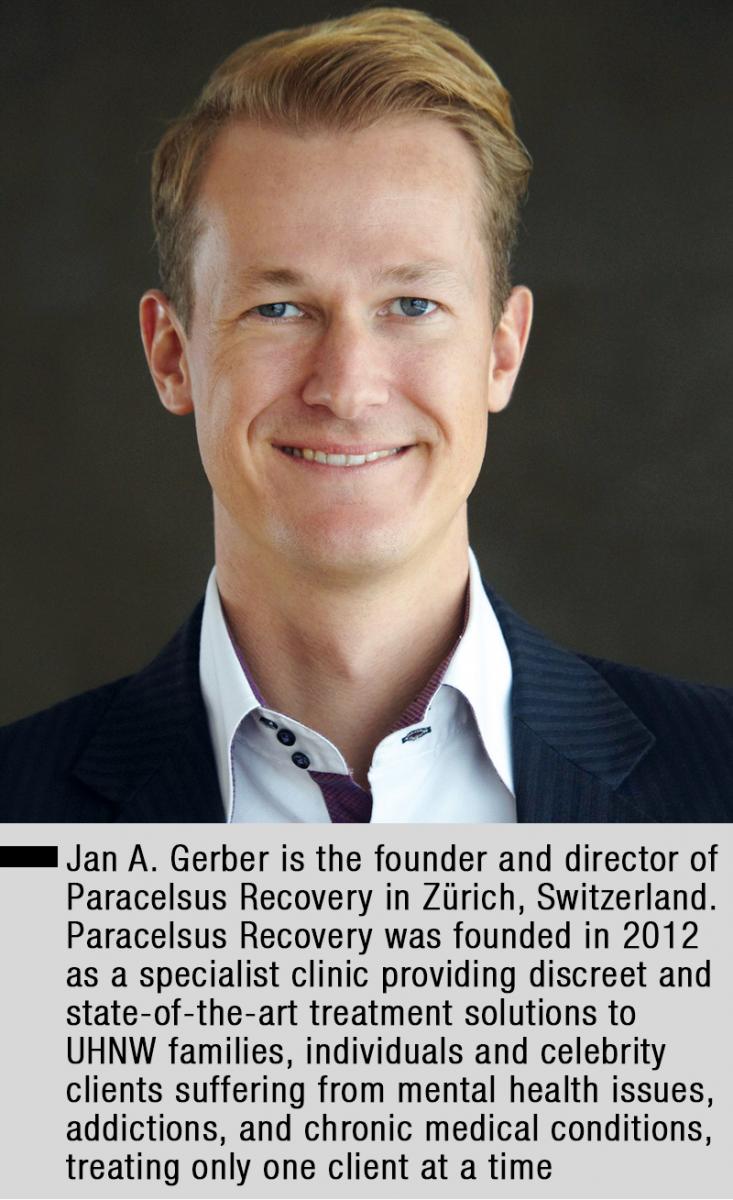 In spite of their considerable concerns about potential repercussions affecting reputation and net worth, most participants (89 percent) in the Paracelsus Recovery/Campden Wealth survey said that mental health and addiction demand more open discussion.

Proactivity begins when parents create opportunities to be present for their children, not only physically but emotionally, cultivating open communication that considers the entire family dynamic. The key is to identify addiction and mental health issues and face them head on before disaster forces the issue.

Addiction and mental health are complex disorders, but there is hope, even for families confronting generations of well-hidden addiction and dysfunction. Specialized coaching and family therapy can help UHNW families and parents to prevent issues or identify them early to allow for timely and successful interventions.

Jan A Gerber is the founder and director of Paracelsus Recovery in Zurich, Switzerland. Paracelsus Recovery was founded in 2012 as a specialist clinic providing discreet and state-of-the-art treatment solutions to UHNW families, individuals and celebrity clients suffering from mental health issues, addictions, and chronic medical conditions, treating only one client at a time