Few family businesses use them, but psychologists might be a better way of resolving conflicts than lawyers or consultants. CampdenFB looks at why. "Happy families are all alike; every unhappy family is unhappy in its own way.” So says the first line of Tolstoy’s Anna Karenina. Even the great Russian novelist would have struggled to come up with a tale as meaty as that of the Shoens, the family behind Arizona-based truck and trailer leasing empire U-Haul. The drama began when, on his 70th birthday, the business’s founder Leonard Samuel transferred the majority of his shares to his 13 children. Little did he know the nightmare that would follow.

Shoen was ousted as president and chairman of the multi-billion-dollar business in 1986 and stripped of retirement benefits by his children. He retaliated by taking them to court. Two of his sons came to blows in public and death threats were issued. Shoen’s daughter-in-law was shot dead in her bed in August 1990. The murder was found to be unrelated to the feud, but the fact that it reached such a pitch that suspicion ever fell on the family tells its own story. “It was an ugly situation,” says Neil Koenig, a consultant for family businesses in the US, “which was a consequence of real psychological issues.” 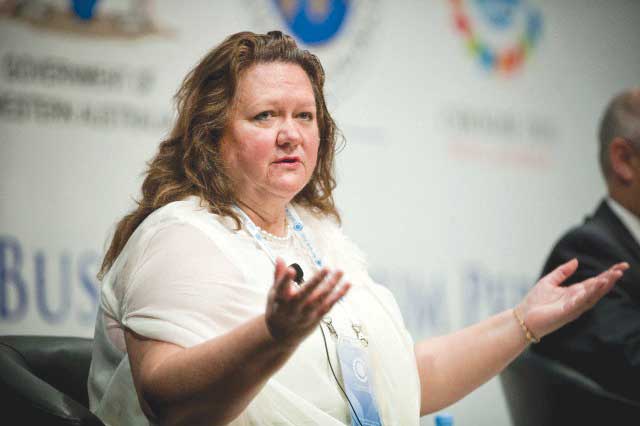 Such “issues” are present in many of the problems that face family businesses. Take the recent rumblings in Australia’s Rinehart mining family. Gina Rinehart (pictured, right), the world’s richest woman, was taken to court by three of her four children and accused of abusing her role as trustee of the family’s fund. Controversial emails – covering everything from threats of bankruptcy to accusations of greed – between the matriarch and her children were made public. You don’t have to be Freud to suspect that a spot of family therapy might help.

Family businesses are more than happy to employ lawyers, accountants and other advisers to help with their troubles. But many are still reluctant to speak to psychologists. In a recent CampdenFB poll, more than 80% of respondents say they have never used a psychologist to solve family or business issues. Why is this?

Of the respondents to the CampdenFB poll who say they will not use a psychologist in the future in the family firm, two-thirds put it down to stigma. 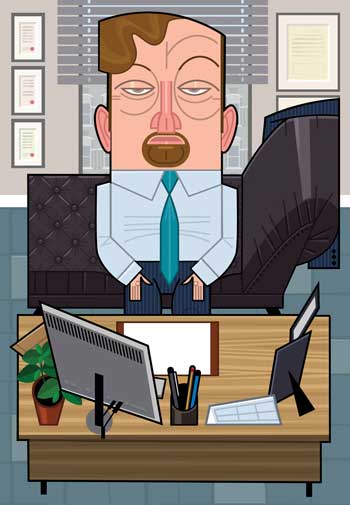 It’s something that Philippa Taylor, chief executive of Family Business Australia, recognises. “Unlike America, Australian society has a way to go in accepting the engagement of a clinical psychologist as ‘normal’,” she says. “Our health educators still battle to dispel the stigma associated with mental illness and depression.” Kavil Ramachandran of the Indian School of Business reckons some family-run groups in India may be bringing psychologists on board, but it wouldn’t be something they’d make public. “I am not sure how family business leaders look at it. There are still apprehensions among people in general about the use of psychologists,” he says.

As Taylor suggests, things are different in the US. And one example where a spot of psychology really helped is the case of fashion retailer Claire’s. The US-based accessories and jewellery group was owned and run by the Schaefer family until they sold it in 2007. The family brought in a psychologist in the early 2000s to “survive as a company into the next generation”, says Marla Schaefer, one of three daughters of the company’s founder, Rowland. “When you’re in a family business, it can be isolating. You drag all your family dysfunction into the business and there are no boundaries.”

When Schaefer got a masters degree in organisational psychology, she learnt two important things – that every family is crazy, some perhaps less so than others. And that, “if the business was to survive as a family- owned and run company, something had to be done about all the craziness”. 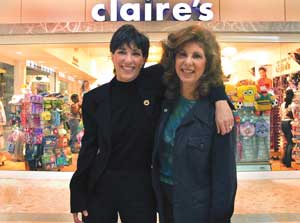 Schaefer (pictured, right) says the family called in a psychologist to better relations between her and her sister Bonnie (left). Both worked at the family business – the elder Schaefer joined the group in 1981, while Bonnie started in the late 1980s. “The younger ones are always trying to prove to the older ones how good they are, it is quite subconscious,” says Schaefer. “And we used to have incredible arguments – in hindsight, about nothing at all.” But thanks to help (“we spoke to a psychologist once every week, or as often as we could”) the sisters became a stronger team.

“We learnt to see the areas where one was strong or weak, appreciate it and appreciate what we could bring to the table together,” says Schaefer, now 69. But that’s not to say everyone in the Schaefer family was very supportive – opposition came from their father, who she describes as “very old-fashioned”. “He didn’t believe in psychology but he just hated his children fighting with each other and felt the family should be united. He did speak to the psychologist, but only to get us off his back.”

But the help paid off – when Marla and Bonnie were named co-chief executives in 2002 after their father fell ill, they were well prepared to handle the job. During their tenure, revenues rose from around $900 million (€694 million) in fiscal 2002 to $1.37 billion in fiscal 2006 – a more than 50% jump. And the sale of Claire’s to Apollo Management – for $3.1 billion in 2007 – was a big success; Marla now runs her own single family office.

This suggests that not only can it help to bring in psychologists, but that it pays to bring them in before things reach boiling point. Executives can feel isolated, says Randel Carlock, a trained psychotherapist and a professor at Insead business school. “They can’t speak openly to employees or go to a trusted vice-president and say something like ‘I don’t know what to do’. This just leads to self-doubt, when coaches and organisational psychologists can be useful.” Ramachandran agrees that “the feeling of loneliness at the top adds to the challenge”.

He adds: “This is precisely the reason why many top executives use mentors and coaches. In the family business context, families [in India] use psychologists not only to help family leaders but also sometimes to build greater harmony among the members.” 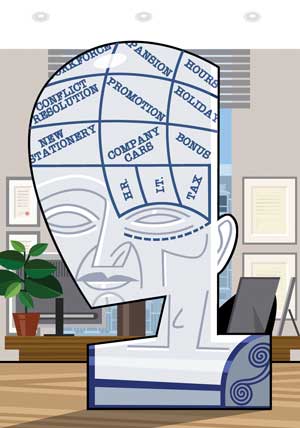 Take the case of Switzerland-based engineering firm Naef Group, currently in its second generation of family ownership. Although the family hasn’t needed a psychologist so far, family member Sarah Flieg-Naef says they are willing to use one if needed.

“We don’t say ‘no way’ to psychological help. In the future if we need it, when we say transfer ownership to the third generation, we will be open-minded,” reckons Flieg-Naef who, along with her brother Ramon, heads up the business.

It’s a good example of a trend that Judy Green, president of the Family Firm Institute, has recognised. She says family businesses are increasingly looking for advice and taking action to create “effective co-leadership teams in the next generation”.

Psychologists are also vitally important when looking at succession issues. “Leadership development is a focal point in any family business’s future and is an area in which third parties are increasingly helping out,” says Patricia Milner, head of family business planning at law firm Withers. “Psychologists are skilled in recognising leadership qualities and can often identify the best of the next generation when it comes to transition,” she adds.

So how do you convince other family members that a psychologist can help? Ken Kaye, a clinical psychologist specialising in family business dynamics, says: “Families that have conflicts are often reluctant to bring in a psychologist because they find it frightening. It requires you to have a look at your motives and behaviour to see whether you are doing it in your best interest and it is frightening.”

Overcoming resistance can be about how you frame the problem. Rather than being about delving into everybody’s darkest secrets, Carlock says that it’s all about focusing on improving the performance and life experience of individuals – positive psychology. “How can you help family members in family businesses develop meaningful lives? That’s what it’s all about.” People might be afraid of the word psychology, but they are, perhaps, afraid of the word rather than the reality. 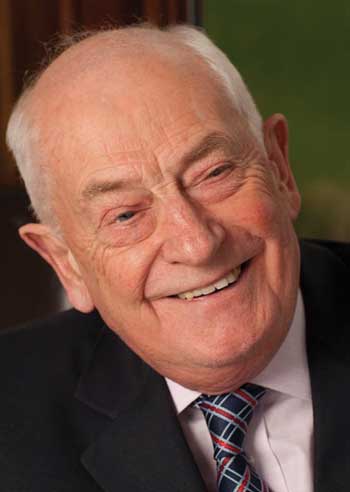 An example of what can happen if psychological issues are left to fester can be seen in British confectioner Thorntons. Peter Thornton (pictured) had worked at the family firm founded by his grandfather since he was 20 until being ousted by his brothers and cousin in 1987. It was a battle for control and there was an absence of clear communication. “We did not use any form of direct psychological help although I read many books about it at the time in order to try to understand what was going on,” says 78-year-old Thornton.

“As introspective as they were, the board was not inclined to agree to that sort of assistance. I did try to get a fellow involved – he would have been of immense help – but the board would not have it. They were apprehensive about the intrusion of an outsider.” But would it have kept the family together? Thornton, who has little to do with his brothers today, reckons things would have been “different” if a trained psychologist had been brought in. Sometimes it’s best to take action, and stop a problem becoming a melodrama. 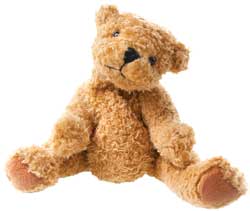 Take a teddy bear to family meetings, says psychotherapist and professor of business Randel Carlock. He isn’t joking. When dealing with a family where the patriarch tends to dominate conversations, Carlock uses the toy to facilitate communication. “A teddy bear is put in the centre of table and when we start the meeting the bear gets passed around to whoever is speaking – when someone is done speaking they pass it on to the next person. You can’t talk until you are holding the teddy bear,” he says. Fun it may seem but Carlock says it “works unbelievably”, as it creates a “level playing field” for all family members. “It changes the whole dynamic and the family can communicate and listen to each other.”

This relaxation technique is important, says Michael Klein, a clinically trained psychologist and author of the book Trapped in the Family Business, so that family members don’t feel emotionally beholden to the company. “Psychology is about how you can tell that somebody may be feeling trapped or may not be in the right business or the right role,” he says. Klein uses the “360 assessment” in family firms, “where clients, employees, managers and family members give feedback on every individual. You can contrast and compare how people see individual family members and is a wonderful development tool”.

Carlock, after his teddy bear, favours the “action-research model” where he works with individual family members, interviews and listens to everything they have to say about the family and the challenges it faces, writes up a report and discusses it with the whole family. “It is to help them see patterns of behaviour and communication, how they deal with conflflict and who has the power to be more effective among the family. It is all about helping the family see new information,” he says.

Illustrations by David Lyttleton
Pictures copyrighted to Newscom and Corbis

Could Charles become the Climate King?
Five questions for family businesses to ask themselves in times of change
The most-read family business articles on CampdenFB.com of 2018—so far
Nintendo’s new console highlights the pitfalls of succession in Japan
The Top 10 family business issues in 2016