A leading British financier and philanthropist is encouraging more family businesses to make social impact investments following the launch of his latest initiative with a social purpose. A leading British financier and philanthropist is encouraging more family businesses to make social impact investments following the launch of his latest initiative with a social purpose.

Hundreds of charity representatives and supporters joined the duo for the launch of the platform at the Dorchester in London last Thursday, which was also Lord Fink’s birthday.

After two years of development, individual and corporate users can now make their booking through charitablebookings.org or its iOS app or by telephone and choose more than 6,000 restaurants in the United Kingdom, with the United States the next likely territory. 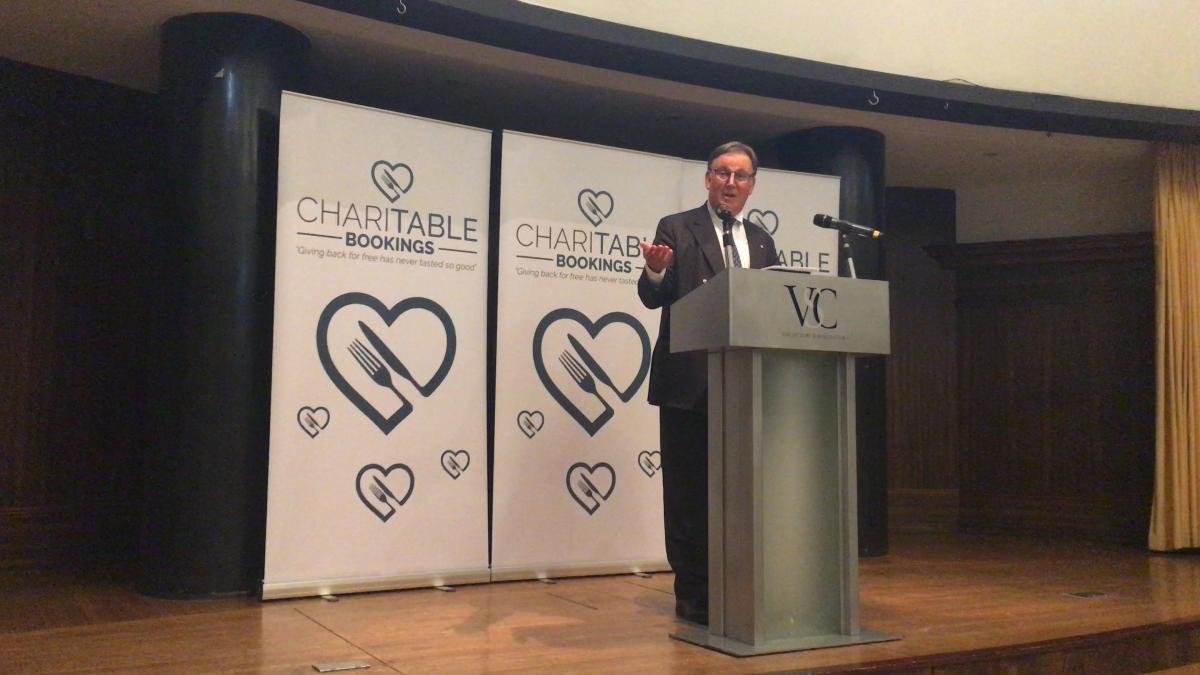 For every diner in the party £1 will be donated by the restaurant, to a charity of the booker’s choice. The donation comes from the restaurant commission, normally paid to booking platforms, and comes at no cost to the booker.

Customers can choose a charitable cause from more than 7,585 UK registered charities working on community projects to global endeavours. Efforts include education, the elderly, health, the environment and veterans to the homeless, animal welfare, the arts and children’s welfare.

Lord Fink said social enterprise was very much the idea behind ChariTable Bookings with 50% or more revenue going straight to charity and much of the remainder to run or promote the business to generate more funds for charity.

“The end product will be a win-win for charity and also for individuals who will be able to see charities of their choice benefit without costing them personally,” he said.

Lord Fink is reportedly worth £120 million. Among his philanthropic endeavours, the peer is chairman of the governors at Absolute Return for Kids (ARK) Burlington Danes Academy, co-chairman of the board of governors at the Oxford Centre for Hebrew and Jewish Studies, and president of Evelina London Children’s Hospital.

“I was very keen to establish ChariTable Bookings because if I look at my own voyage in philanthropy, which started as a student during rag week, shaking buckets and having people put their loose change in, was a big feature early on,” he said.

“As time’s gone on, I’ve noticed that younger people, particularly my kids’ generation, don’t carry much cash anymore. It’s all plastic and Apple Pay so the idea of collecting cash has gone and therefore one of the ideas of ChariTable Bookings is to replace the way people give cash. It’s a charity without actually having the cash on them.”

Related Content:
Eye on the social enterprise
The new philanthropists and the blurring of business and giving