The long haul: Felix Fiege on five generations of logistics

Taking a business from one horse-drawn cart to an international logistics firm is no easy task, but that is exactly what Germany’s Fiege family has accomplished over five generations. Michael Finnigan talks to its next-generation leaders about the long haul Taking a business from one horse-drawn cart to an international logistics firm is no easy task, but that is exactly what Germany’s Fiege family has accomplished over five generations. Michael Finnigan talks to its next-generation leaders about the long haul

To some the origins of Fiege might sound like the classic 1980s British sitcom Only Fools and Horses: an entrepreneurial farmer-cum-businessman fixes a rickety cart to one of his horses in the hope his new “transportation business” will make him a millionaire.

While there are certain similarities between how the Fiege family of Greven, Germany and the Trotter family of Peckham, England got started, that is where the similarities end. The Fieges’ road to success has been paved with their unerring work ethic, smart business decisions, and wise succession planning.

In just five generations, the business went from family farm to global powerhouse, with supply chains passing through the European Alps and all the way into China. But with such well-worn routes, is there still scope for things to go wrong? 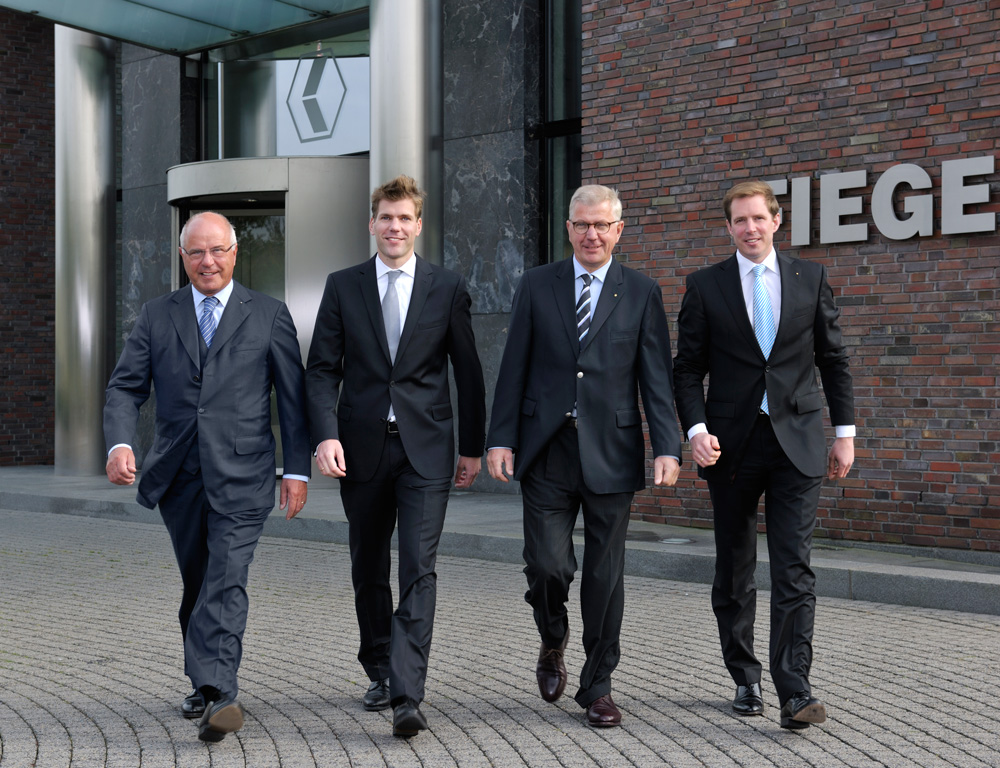 Ask a member of the third generation and the answer would be a resounding yes. Following the tragic accidental death of second-generation Josef Fiege Junior, who took over the business from his father in 1938, hesitant family members Änne and Karl Fischbach stepped in to steady the ship. Shortly thereafter, the duo installed fourth-generation brothers Heinz and Hugo Fiege. While the duo managed to keep the business afloat, the responsibility of running a global business took its toll. In order to spare their children the same hardship, they vowed to put in place a system for timely succession. Fast forward to 2008 and fifth generation Jens and Felix Fiege are comfortably running the business.

A series of roles in the business helped Felix to find his feet. The 38-year-old, who recently won the Top Next Generation Rising Star Award at CampdenFB’s European Families in Business Awards in 2016, believes the tribulations of the elder generation helped cement succession as a perennial concern at Fiege, and even encouraged family unity during operations.

“The sudden death of my grandfather meant that my father and uncle had to join the business at an early age,” the award winner recalls. “I think, having this experience in their minds, they wanted to organise succession a bit better for the next generation. And so they called us quite early into the company, giving us different jobs and responsibilities. 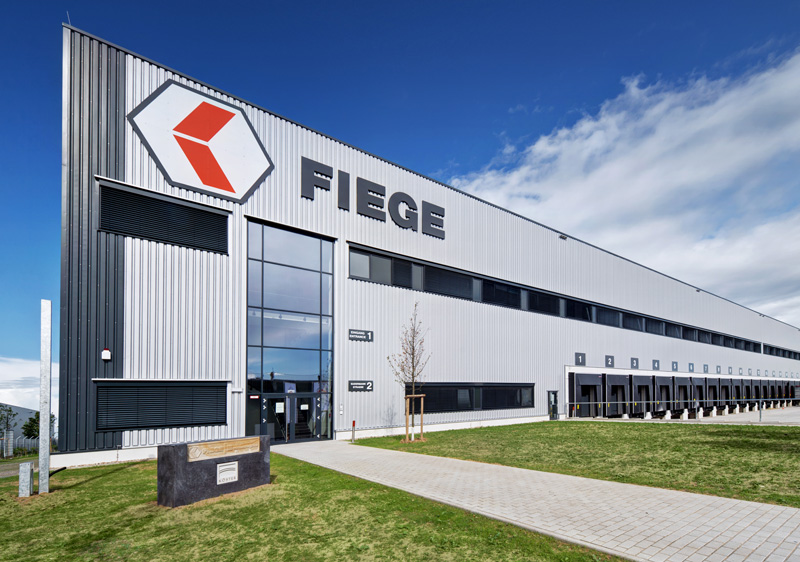 “A couple of years ago we took over responsibility for the company and they stepped down. But Fiege has always been a topic within the family. We had the chance to attend many meetings with my father and uncle, even during childhood.”

Felix had the good fortune of being the second member of the current generation to test the succession process. The first, Jens Fiege, 42, who holds the title of chief executive and managing director of Fiege International, took on his first role in 2004 and subsequently worked across a number of international business units. While gaining knowledge of the business at its various levels has its merits, Felix believes that one of the fundamental attributes for successful leadership is a good relationship with family members.

“The good news is that Jens and I have a good relationship,” Felix explains.

“We get along very well and I think that is a pre-requisite for a successful business—if the chemistry is not there, then it is not fun. I also think the key to a successful partnership is to make sure you split responsibilities 50/50. You talk a lot to each other, no matter if it is in person or on the phone, and that means you need to be well aligned. That is something that we have been doing since the beginning on a very natural basis.”

To help ensure that their partnership is effective, the cousins have split responsibilities down the middle. Jens currently looks after the business units for fashion, online retail, tyres, and the Far East, while Felix takes care of international freight forwarding, consumer goods, healthcare, and e-commerce solutions. A further two board members also share responsibilities and advise on strategy.

In order to keep abreast of the company’s operations at large, the four members of senior management rotate responsibilities every two or three years—a rule that has been enshrined in Fiege’s constitution. Felix says this helps encourage new perspectives and angles for business, as well as, on a more personal level, to help “keep things interesting”.

Given that Fiege has only recently transferred control to the next generation, the cousins are reluctant to rock the boat. One area they are interested in developing is digitisation: using technology to improve services at every level. 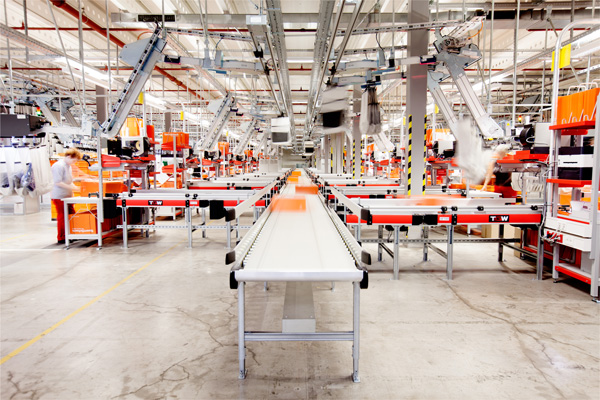 “We are doing a lot of e-commerce fulfilment [to ensure the customer gets the correct product], and cross-border solutions for e-commerce customers,” Felix explains.

While bringing logistics into the 21st century will continue to be a major objective for the duo moving forward, Fiege’s core services are ticking along nicely: the company recently opened yet another logistics centre, this time in Marklkofen, Germany. Through its continuing expansion, the company now has 160 locations across 15 countries and employs more than 10,500 individuals. It distinguishes itself by delivering a bespoke service for specific sectors, including fast-moving consumer goods, retail, fashion and textile, pharmaceuticals, tyres, and consumer goods. By casting a wide net, Fiege was able to post revenues of €1.4 billion ($1.6 billion) in 2015.

Its international expansion programme has also contributed to its success. Since 1989, the company has aggressively pursued activities in its core market of Europe, but also in India, and China. To crack those markets, Fiege has attached a great deal of importance to strategically locating its branches, which Felix says helps to improve delivery times and costs.

“Through experience, we realised that you need to specialise in order to provide a better service to your customers,” Felix notes.

“If you look at the fashion industry, we have a business unit for fashion logistics that is fully specialised for customers in that sector as well as the industry on a global scale. They follow the trends in the market and drive innovation for fashion customers. The same goes for tyre or hospital logistics.”

It is not the only trick Fiege has up its sleeve: the company regularly switches up its tactics on a country-by-country basis. When operating in the Chinese market, for example, Fiege operates at a faster pace.

“In Europe sometimes you get a few weeks to prepare a concept or calculate an offer,” Felix explains.

“In China it is one or two days. So everything is a bit faster. We also feel that our customers in that region, and also in general the population, are more willing to try new things, and are more open to new endeavours and start-ups.”

Fiege has provided logistics services in China since 1981. Today it has eight strategically-located regional offices and six warehouse centres. Combined, they supply the entire territory of China, from the Pearl River Delta to Beijing. It also has 44 locations in India, 10 in Switzerland, and many more across Europe.

With such an extensive global footprint, it is little wonder that Fiege has turned its head towards sustainability and corporate social responsibility. The firm engages in a number of initiatives, including an international scheme aimed at supporting young talent from impoverished backgrounds, entitled FIT. Another recently introduced scheme looks to employ some of the 1.1 million refugees and migrants who entered Germany in 2015.

“We have a foundation located here in Greven, where our headquarters are based, supporting a number of different social projects, either in the region or on a broader basis, not just with money but also with help, know-how, support, and network,” Felix explains, referring to the Josef Fiege Foundation, which was founded in 1998 and bears the name of the firm’s founder.

“We are also trying to hire refugees, which is a big topic in Germany as you can imagine. It is not easy, but the take away message is that it is possible to hire refugees and give them jobs.”

This initiative is admirable given that the top 30 German companies have hired a mere 63 refugees out of the one million refugees that arrived in the country last year, according to a survey by Reuters. Fifty of those migrants were hired by just one company, Deutsche Post.

Fiege has also gone to great lengths to ensure its operations are sustainable—Heinz Fiege and Dr Hugo Fiege were named Eco-Manager of the Year in 1996 by the WWF Deutschland environmental foundation for their efforts. As part of their sustainability drive, all of Fiege’s buildings are constructed with sustainable materials and are generally equipped with solar panels. The German Sustainable Building Council, for example, recently awarded the Gold Certificate to their Rhine-Main logistics centre in Dieburg. This all points towards the long-term perspective that is a hallmark of successful family businesses, as Felix explains.

“I think our long-term perspective is reflected in our relationships with our customers. We are not driven by quarterly results and stock exchanges, so we have more freedom to invest and to develop relationships that are not driven by short-term results. It is also our goal to hand over the company to the next generation in very good shape.”

“Our chief financial officer, Alfred Messink, brings a wealth of knowledge and is one of our most trusted advisers,” Felix declares.

“The other is Peter Scherbel, an operational board member who, like my cousin and I, covers one of the operational units and brings experience from other industries. It is very helpful and healthy to welcome outsider viewpoints and not just follow the family opinion.”

Through a partnership with non-family executives, unerring determination, and a socially responsible vision for sustainability, Fiege has become a global powerhouse with more than 2.7 million sq m of warehouse space and locations across 15 countries. To think how far the business has come since starting in rural Germany at the turn of the 19th century almost defies belief. And unlike the 1980s British sitcom, there may have been some horses, but very few fools.