Tokyo has long been the coolest town in Asia, but Seoul is now giving it a run for its money. Hip new stores, salons and boutiques are opening left, right and centre. Campden checks out what the city has in store. Tokyo has long been the coolest town in Asia, but Seoul is now giving it a run for its money. Hip new stores, salons and boutiques are opening left, right and centre. Impressive architectural landmarks are being built, arguably the most spectacular being Zaha Hadid’s Dongdaemun Design Park and Plaza.

Meanwhile, luxury brands are flocking to open stores in the city’s trendy Cheongdam-dong and Apgujeong-dong districts, taking advantage of the luxury market, which is now worth $4.5 billion (€3.4 billion). Louis Vuitton, Donna Karan, Hermès, Miu Miu, Alexander McQueen, Rag & Bone and Christian Dior are among the recent invaders. Vuitton’s store is a vast 500-square metre shop in the heart of the Incheon International Airport. And more, no doubt, are to follow.

SEOUL-VIA-MILANO
Launched over 20 years ago in Milan, 10 Corso Como, founded by editor in chief of Italian Vogue Franca Sozzani, has been one of the most influential shops in the fashion industry. Now Sozzani is moving eastwards. 10 Corso Como has launched in two locations in Seoul in the past year giving the city’s residents ample access to the most cutting edge designer labels and gifts. The Cheongdam store occupies a whole corner of a building with extensive café space, and even features in the video for K-pop star Psy’s recent single. The latest store, in the Avenuel luxury shopping complex, has a small garden, fashion, and library space.
www.10corsocomo.com 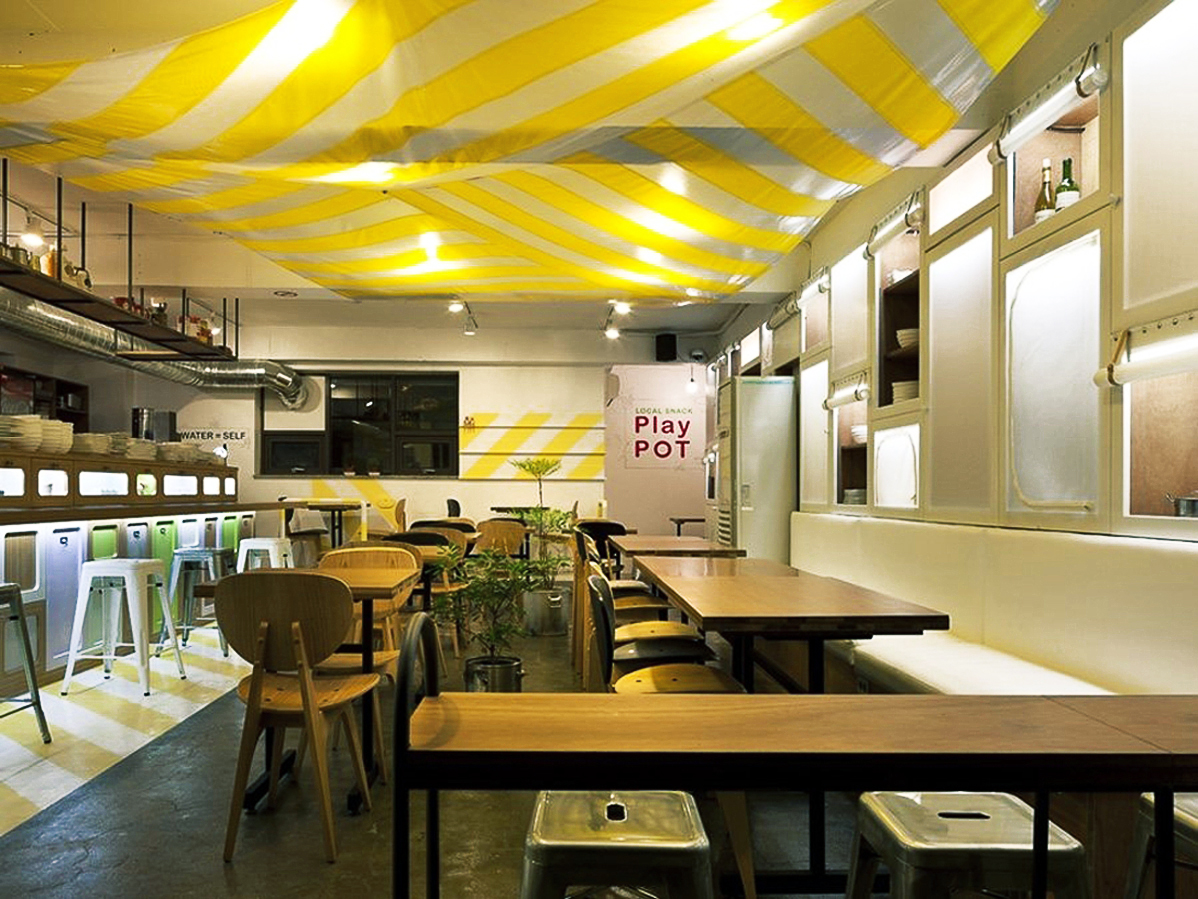 KOOKY CUISINE
Play Pot is a hotspot for Seoul’s fashionable young residents. The snack restaurant, opened in the summer of 2012, takes inspiration from South Korean street vendors and sells traditional Korean “boonsik” street snacks. Inside, it’s designed to look like a street stall, with striped yellow and white sheets of tarpaulin hung from the ceiling like a canopy.
925-23 Bangbae dong, Seocho-gu

OTHERWORLDLY
Like a giant, glowing spaceship that has landed and perched on the hillside, Paul Smith’s flagship has a cult following among Seoul’s luxury-loving residents. The white, futuristic curved building is set over several floors. Visitors enter through a cutout window, and inside, contrasting with the futuristic shape of the architecture, is a little bit of England. A wrought-iron spiral staircase is the centrepiece for antique tables strewn with ties, trinkets and shirts. Smith’s bric-a-brac lines the walls. There’s also a traditional oak-panelled room for menswear.
www.paulsmith.co.uk 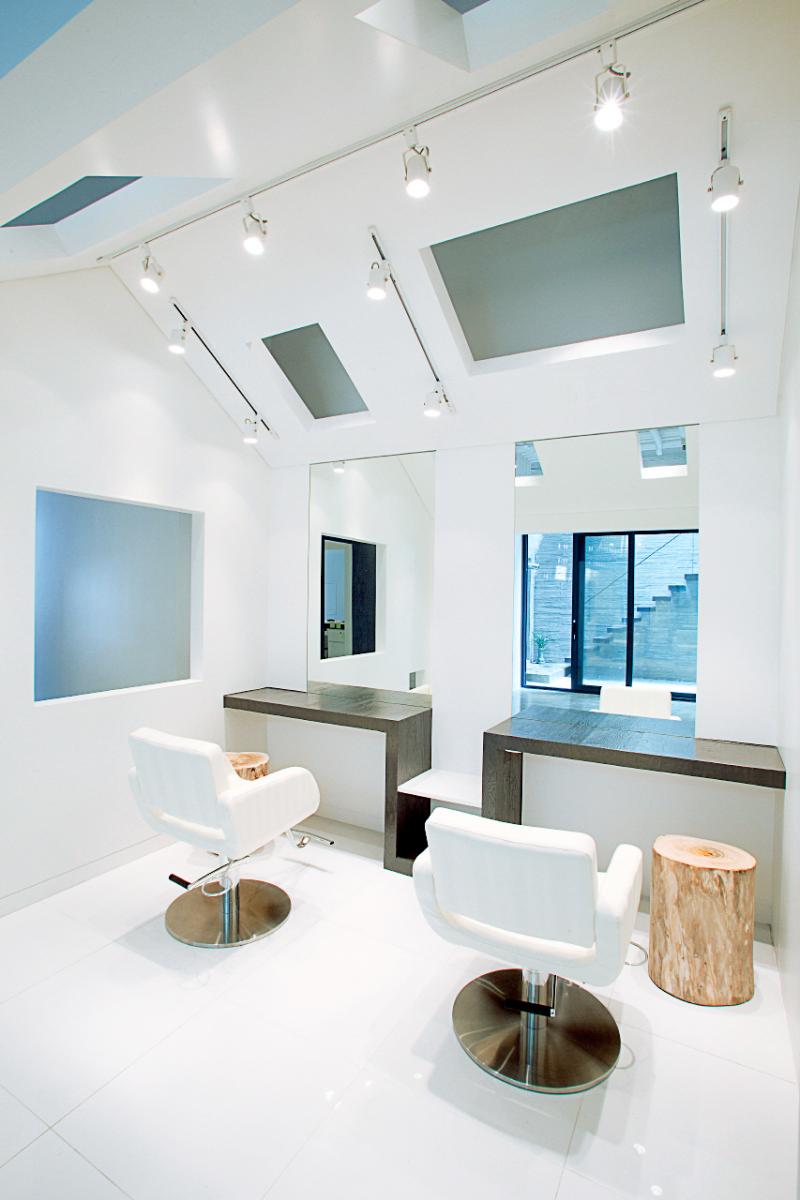 VILLAGE CHIC
Design blogs adored the Miega salon from the moment it opened last year. In a twist from the usual staid salon format, this ultra-modern one is inspired by rural villages. Instead of being one room, the large space features a series of modular minimalist house-shaped boxes. The idea is simple: for every stage of your haircut, from washing your hair, to cutting and styling, you visit a different “house”, before finishing up – to unwind – in its garden. And if you were thinking folksy Disneyland-style huts when you heard village, think again: this minimalist space is a Wallpaper magazine reader’s dream, with polished concrete, Larchwood panelling and spot-lit white walls. 297-1 Seongbuk-dong 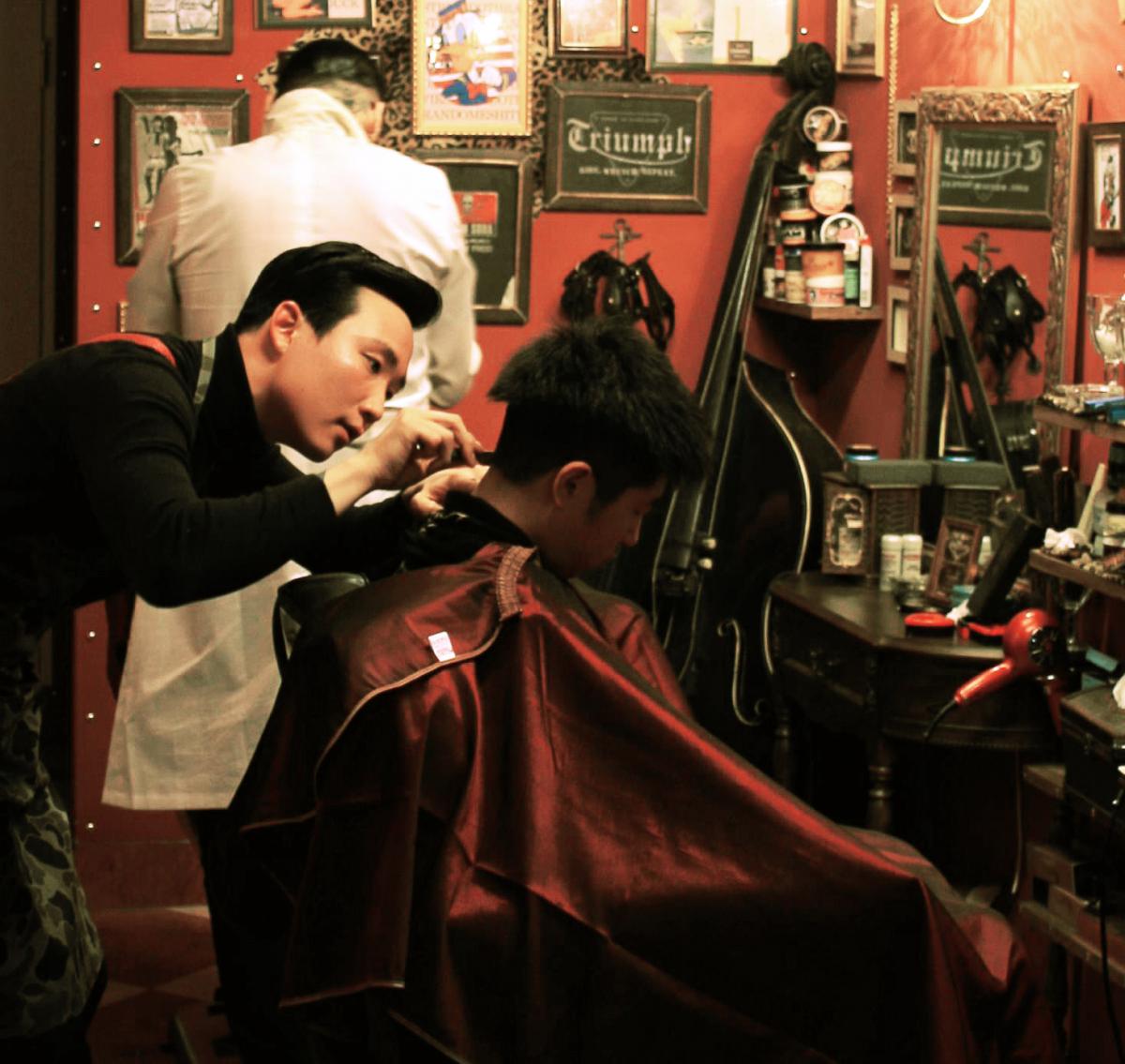 BARBERSHOP COOL
Nothing N Nothing is Seoul’s own rock and roll barbershop. Part old-fashioned barber, with deep red walls, vintage posters and gilt mirrors, it also has a cool speakeasy feel, thanks to its bustling social scene and cigarette smoke. Tattooed barbers wear flat caps and waistcoats with their aprons, while stacks of vintage pomade sit among antique radios and paraphernalia. It’s a hotspot for Seoul’s cool young male crowd.
www.facebook.com/nnnbarbershop

CHARACTER PLAY
First 10 Corso Como in Milan, then Colette in Paris. The latest cool concept store? Man on the Boon, in the Shinsegae department store. Designed by Moncole magazine founder Tyler Brûlé’s branding consultancy Winkreative, and opened in spring last year, Man on the Boon – like many things in Seoul – has its own twist. Like Permy Mi Jang Won Salon, the store is based entirely round a fictional character – Mr Boon – and his imagined tastes. Mr Boon, according to the store’s description, is a “young globe-trotting archeologist”. As such the interior is styled like his fictional home, featuring clothing and paraphernalia gathered on his travels, including one of his favourite books, A Taxonomy of Office Chairs.
www.manontheboon.com 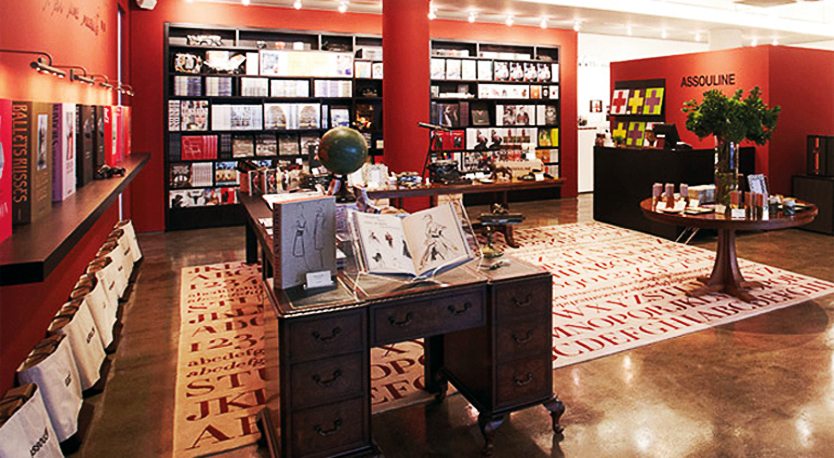 BOOK CLUB
Iconic fashion and art book publisher Assouline has created the ultimate cultural hangout with its new lounge. Part café, part bookstore, part gallery space, the store – located in Dosan Park – is the perfect place to unwind after shopping in nearby Hermès or Ralph Lauren. Visitors can relax next to the Mondrian Book Wall displaying a mixture of tomes and objets, or riffle through books and assorted gifts and trinkets on wooden tables, such as horn magnifying glasses, carved leaf quill pens and crocodile letter openers.
www.assouline.com

SALON STORYTELLING
Permy Mi Jang Won, the salon designed by Seoul-based agency M4, has a unique twist. The entire store design has been inspired by a fictional character, Permy, a young girl who dreams of becoming a hair stylist. Permy’s face is emblazoned on the front of the store as a kooky cartoon illustration and throughout its blue, futuristic interiors, Permy’s happy, sad and moustache faces are stencilled on the walls, and on white mugs on shelves.
1320-8 Jukjeon-dong, Gyeonggi-Do