Letter from the US: Live longer and prosper

Americans are living longer. Longevity is already having a significant impact on family firms.

Americans are living longer. Forty years ago, average life expectancy was 73.5. Today the average US citizen can expect to blow out candles on their 79th birthday.

Even living to 100 was once consigned to science fiction. No more.

Indeed, getting long in the tooth has caught the eye of finance wonks at UBS, the Swiss bank, whose latest report probes investment intentions of would-be centenarians.

Longevity is already having a significant impact on family firms. Nowadays it is not uncommon to have three generations working under the same roof.

“It can create conflict,” she cautions.

“But there is an opportunity for real innovation because of it.”

“Millennials are bringing that to table. They want to make a major impact in terms of social and environmental changes.”

As Boomers move to the shadows, in mentoring or advisory board roles, Gen Xers and millennials are taking on greater responsibility managing their family fortunes. As long as family firms have existed so have multigenerational struggles. Yet the old guard has much to offer, not just in transition advice, but in growth opportunities.

“In order for the next generation to be empowered you need the senior generation to really be the facilitators of that process,” says Richoufftz, whose Montreal-based foundation, along with consultants Deloitte, have spun off 15 new companies from 40 family businesses.

“We advocate for entrepreneurship to provide opportunities for the coming generation to support their endeavours in related areas that are not completely correlated to the mother company.” 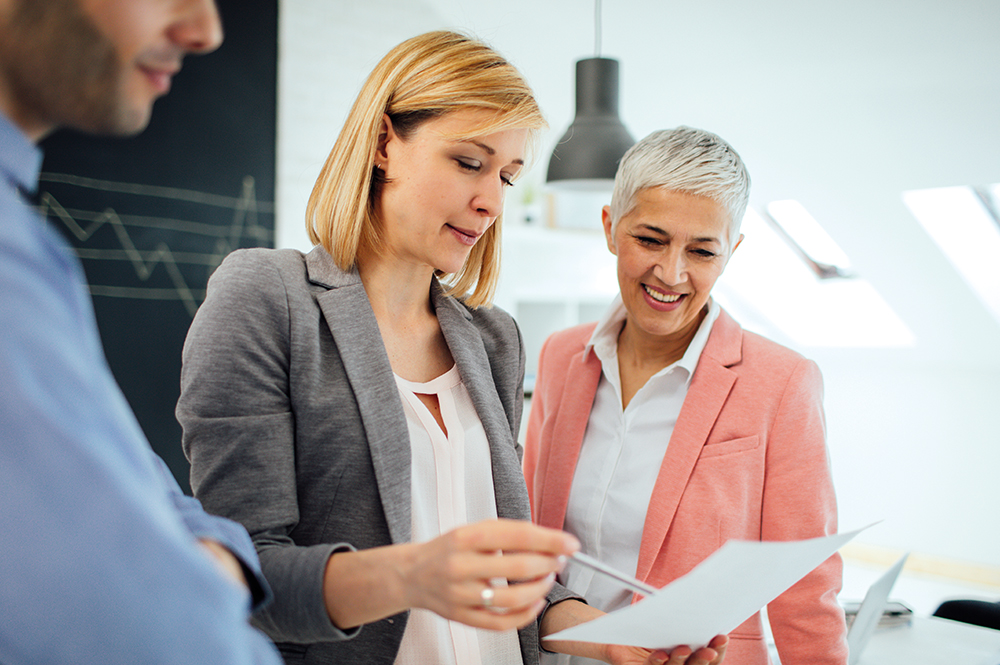 Joe Schmieder, principal consultant at Chicago’s Family Business Consulting Group, acknowledges that Americans are working longer because they are living longer. They crave fulfilment and satisfaction, particularly in family firms, he says.

“It becomes their family identity, but it is not an overwhelming case where everyone stays in the business longer, yet it is trending upward.”

The actual number of generations working in an enterprise is neither here nor there, say commentators familiar with family firms. The key is how well the business runs.

Schmieder says Baby Boomers, Gen-Xers and millennials do not necessarily bring a clash of cultures but rather a palette of perspectives.

“In an organisation where they are respected and listened to… that is a strong intangible asset.”

Thirty years ago, succession planning was often a dry discussion about one generation handing off something to another, says San Francisco-based consultant Dennis Jaffe.

“Longevity has really changed the playing field for family businesses.”

“The older generation is not necessarily retiring, but moving beyond operational roles and becoming mentors rather than decision-makers. As life expectancy increases, it is increasingly common to see 80-to 90-year-old people at work.”

Why? Health goals for one. One in two US investors believe working longer ensures well-being, according to UBS.

But there are limits, says Richoufftz.

“Having somebody over 75 on the board making business decisions is not a good idea, not only because they overshadow the others, but because they are not concerned by what is happening in terms of key business trends like artificial intelligence and so on.”

And the youngsters? At 56 million, millennials became the largest generation in the US labour force in 2016. Can they teach Boomers and Gen Xers anything new?

“There’s a lot of learning going on with technology and social media in particular.”

Yet apprenticeship avenues run two ways, often under the watchful eyes of elders with deep expertise in managing risk.

“Young generations from any era are less risk-averse (than older generations), which is healthy as long as it is managed and calculated, which is often what the more seasoned generations can provide,” he says.

As life expectancy creeps upwards, three generations under one work roof will become common. Blood being thicker than water, Richoufftz says tough challenges inevitably lie ahead for business families. Tough, but not insurmountable.

“The most difficult thing for the family generations to learn is how to share authority because often you have people who are made of the same DNA, and it does not make it any easier.”

Related Content:
Letter from the US: Family businesses investing in the long term
Everything but the kitchen sink: The Kohler family dynasty on governance, next gens and philanthropy
Featured In Issue:
CampdenFB Issue 73