The 18 charities supported by J Leon may seem disparate at first glance. But drill down a little and you find they align under five key areas informed by the family’s history, passion, and expertise.

In the noughties, Paddy Walker and Tania Slowe, joint managing directors and husband-wife team, executed two buy-backs, taking the number of shareholders from 140 to fewer than 20.

It was this, Walker says, which spurred the family to reassess its giving, as the family felt closer and it became easier to communicate.

“The decision was made to professionalise the family’s philanthropy,” he says.

“Before that it was quite reactive, uncoordinated and certainly not strategic.”

In 2008, a four-member Philanthropy Council was set up, chaired by Slowe, with Walker and two other family members sitting. It meets quarterly and sources all leads, with help from London-based bench-marker New Philanthropy Capital.

Each charity supported by J Leon tends to have a champion on the council, and giving is concentrated into key strands around education/NEETs (young people Not in Employment, Education, or Training), criminal justice, human rights (including weapons regulation), mental health and at the recent behest of the next generation, an environmental sleeve.

Slowe’s family on her father’s side was Jewish Russian and came to England in the late 1800s. The family’s second generation developed their parents’ small tobacco manufacturing operation into a chain of retail shops, and much of this real estate remains a pillar of the family’s portfolio—about half the company’s assets remain in UK property. Slowe’s maternal line fled the Hungarian Uprising in 1956 when her mother was a teenager. The experience of these early generations strongly informs the family office’s philanthropic aims and are reflected in their support for causes related to disadvantaged youth and organisations like British Future, which addresses hopes and fears around migration, integration, and opportunity.

“We generally like to be on the advocacy side, rather than the service side,” Walker explains.

“We can take on risk at the council. It is much more important to us to try and give everybody in the room the chance to get a pair of boots, rather than giving just [one person] a pair of boots but there is no chance of anyone else getting them.”

Advocacy-style philanthropy is harder to quantify, but the strategy is based on building trusted relationships with top-tier managers and organisations—much like their investment portfolio. The family is also unusual in that the funding they give is unrestricted, long-term, and they do not burden the organisations with arduous requests for reporting.

Walker—a former banker and military man—has brought a different set of skills to his wife’s family and is in the finishing stages of a PhD on challenges to the deployment of autonomous weapons. This has led to one of the more intriguing branches of J Leon’s philanthropy: the family campaigns to ensure “meaningful human control in the kill chain”.

What sounds like an 1980s sci-fi flick—The Campaign to Stop Killer Robots—is now an important movement co-founded by NGO Human Rights Watch (HRW), which aims to prevent a grim reality lurking on the horizon of future warfare. J Leon, alongside the likes of Elon Musk and Alphabet’s Mustafa Suleyman, helps fund HRW and other charities involved in the movement, whose work includes lobbying the United Nations. 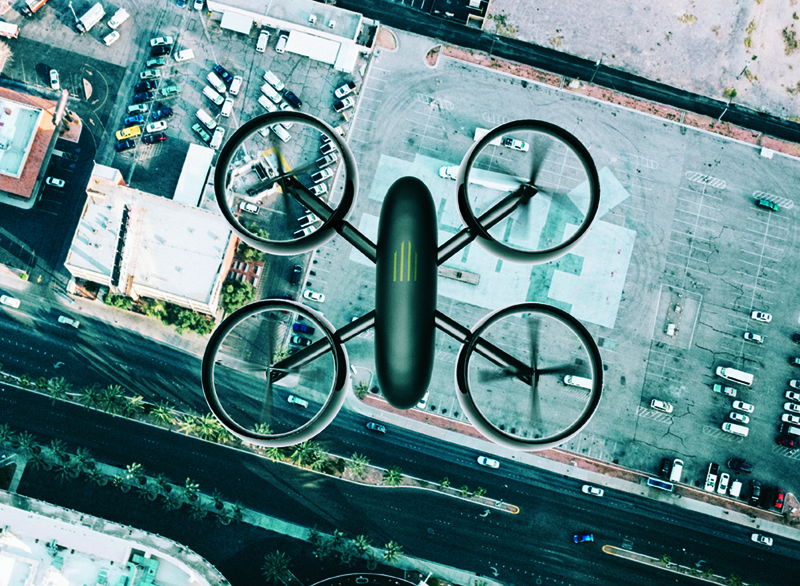 “We are campaigning to ensure you cannot give the decision to kill to an algorithm,” Walker says.

“You must have a human somewhere saying, yes, that is a legitimate target.”

The problems with delegating morally complex life and death decisions to autonomous machines are numerous, Walker explains. This is compounded by the breakneck pace of change and by the Geneva Convention (the international rules that govern armed conflict) being ill-equipped to address them.

“If I’m going to engage you as a target, I have to be sure under the Geneva Conventions that you are running at me, not with a stick, but armed with a Kalashnikov in your hands. I must be able to distinguish you are a legitimate target. And that you are not hors de combat (out of action),” Walker says, during our interview at J Leon’s Hampstead offices.

“Secondly, my response needs to be proportional. Just because you’re running at me, I can’t then take out the whole of North West London. There is also a test of military necessity, so I can’t just take you out on a whim. There has got to be a strategic military narrative around why I’m doing it.”

Likewise, the conventions prescribe that fatal attacks must be “within the dictates of human conscience”—meaning attention must be paid to the methods and context of each engagement. 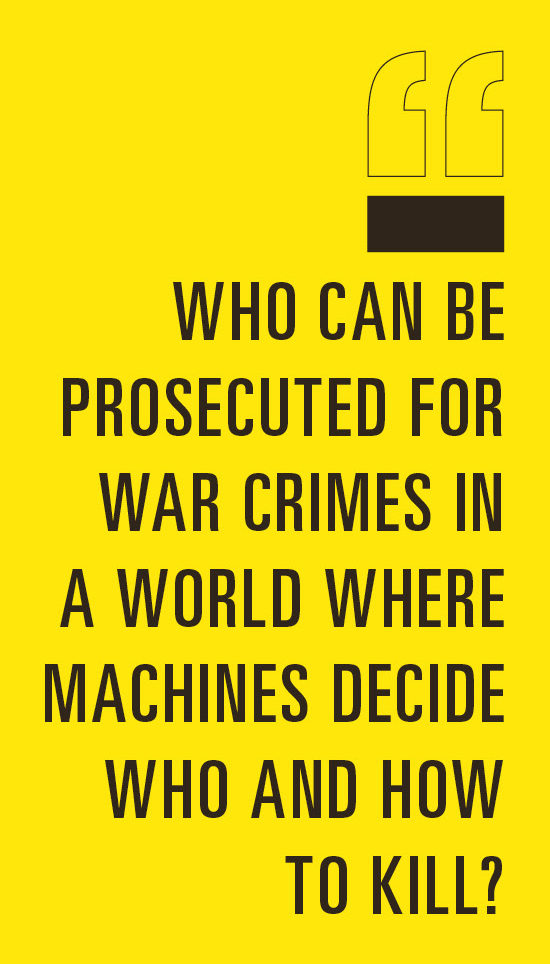 Walker says all these factors are “incredibly complicated to code for; context, ambiguity and situational awareness cannot be captured by current coding practices. How, for instance, do you embed values, goals and how can these reliably be updated as these machines receive new information from their sensors?”

He also points out significant issues around accountability. Who can be prosecuted for war crimes in a world where machines decide who and how to kill? What happens when an autonomous weapon is used without attribution, a situation that Walker calls “plausible deniability”?

Precursor examples of autonomous weapons already exist on the states’ drawing boards. The Samsung SGR-A1—an autonomous sentry gun—is in use in the Korean Demilitarised Zone, and most major world powers have either developed, or are developing, unmanned and variously-autonomous weapons. But Walker says that it remains difficult to assess when technologies that can independently identify, attack, and destroy a target may properly become available. His own work focuses on the cumulative nature of technical challenges to removing human supervision from the engagement sequence. Such weapons will rely on machine learning and it is this backbone, says Walker, that is singularly inappropriate for battlefield weapons that must above all be predictable. He is also quick to point out the limiting role of what he calls “soft constraints”, the importance here of context and organisational inertia. Walker also acknowledges that banning such technology outright is hard as the AI routines have multiple applications across industries. Instead, J Leon’s advocacy focuses on enshrining the concept of “meaningful human control” as a new add-on to the Geneva Conventions, something the UN has been debating for the last five years. J Leon’s interests in this space also include preventing the use of explosives in built-up areas and ensuring proper assessment of post-conflict zones. 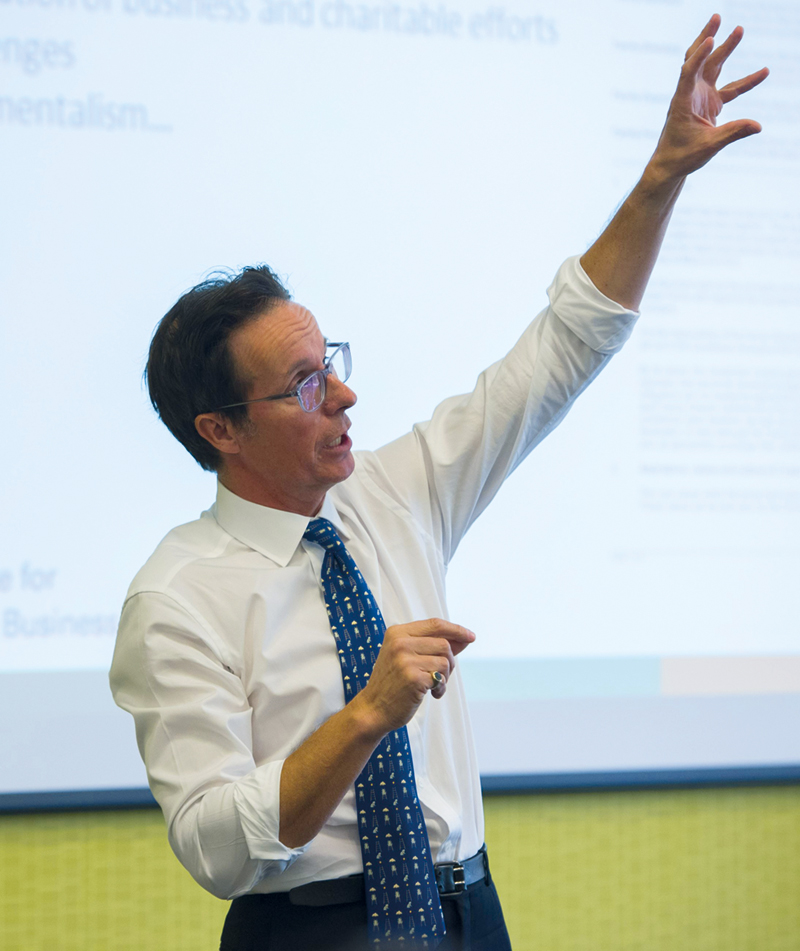 While this particular philanthropy strand is global in scope, the family try to focus the majority of their giving in the UK, where they do the majority of their for-profit business. Other portfolio highlights for Leon’s Philanthropy Council include Nightstop, which provides crisis accommodation and support for young people; Hope Not Hate, a campaign against hate speech; and the Prison Reform Trust. They are also interested in children who have involved by the care system, and mental health, “which we never thought we would do, but we found everything relates back to mental health,” Walker says.

Leon is committed to pure philanthropy as opposed to “impact” investing.

“Our approach is to sweat the portfolio so that we can give more,” Walker says.

Interestingly, there are currently no ESG filters on the business’s investments, something that is being looked at this year. For the moment, Walker reckons that “our fund managers value their own franchise so that they are not going to be investing in things that are immoral”.

The rejuvenated philanthropy programme has been a fantastic “glue” for bringing the family together, particularly for engaging the next generation. On top of formal grant giving, each year family members are given a discrete pot of money to allocate to a cause of their choice, with those under 18 given their own smaller grants to donate. The children and teens can give the money to whichever organisation they choose, with the caveat that they must have visited that charity and be able to discuss their choices. It is a system inspired by a Scottish family office that proposed the process while Walker was chair of the Institute of Family Business’ Family Office Forum in the noughties. The device has worked wonders. 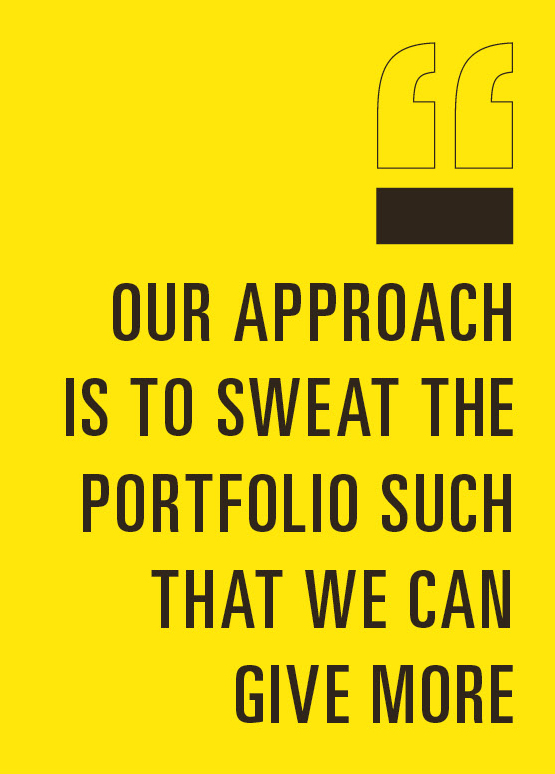 “When we have our family forum every two years, we go away for the weekend,” Walker says.

“Once upon a time I would speak to the family forum about every line item, every hedge fund, whatever.

“Nowadays, I’m given about 40 minutes to do it all, and instead it is all about what those children have chosen as their charities, what we’re doing philanthropy-wise, our footprint, and legacy. It’s a great glue, we’ve found it extraordinary, and it’s really brought the family together.”