Mohammed ‘Mo’ Dewji, Africa’s youngest billionaire and president of multi-billion dollar family business MeTL Group, has been freed unharmed, a week after he was kidnapped by gunmen outside a luxury hotel. Mohammed ‘Mo’ Dewji, Africa’s youngest billionaire and president of multi-billion dollar family business MeTL Group, has been freed unharmed, a week after he was kidnapped by gunmen outside a luxury hotel.

In the early hours of Saturday morning, Dewji, 43, used his charity's Twitter account, the Mo Dewji Foundation, to announce he had been released.

“I thank Allah that I have returned home safely,” the tweet said

“I thank all my fellow Tanzanians, and everyone around the world for their prayers. I thank the authorities of Tanzania, including the police force, for working for my safe return.” 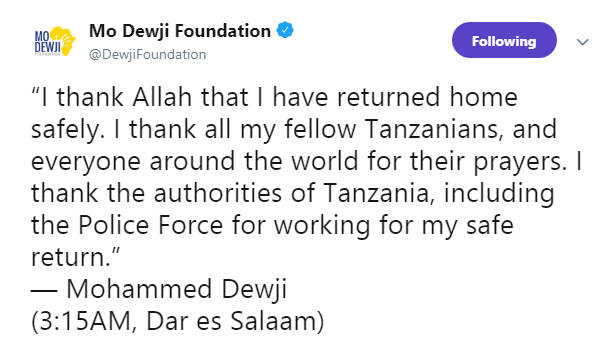 Unknown gunmen abducted Dewji, who Forbes estimates to be worth $1.5 billion, as he arrived for a routine morning workout at Colosseum Hotel in Tanzania’s capital Dar es Salaam early on 11October.

His disappearance made international headlines and an outpouring of concern on social media. Last week, his family offered a reward of one billion Tanzanian shillings (US $440,000) for information leading to his return.

At a press conference on Saturday, Lazaro Mambosasa, regional police commissioner, said Dewji used a citizen’s mobile phone to call his father after he was dropped off in a field in Dar es Salaam at about 2.30am.

“We found him there physically fit and we suspect that the abductors are South Africans because he said they were communicating in one of the vernacular from that country.” 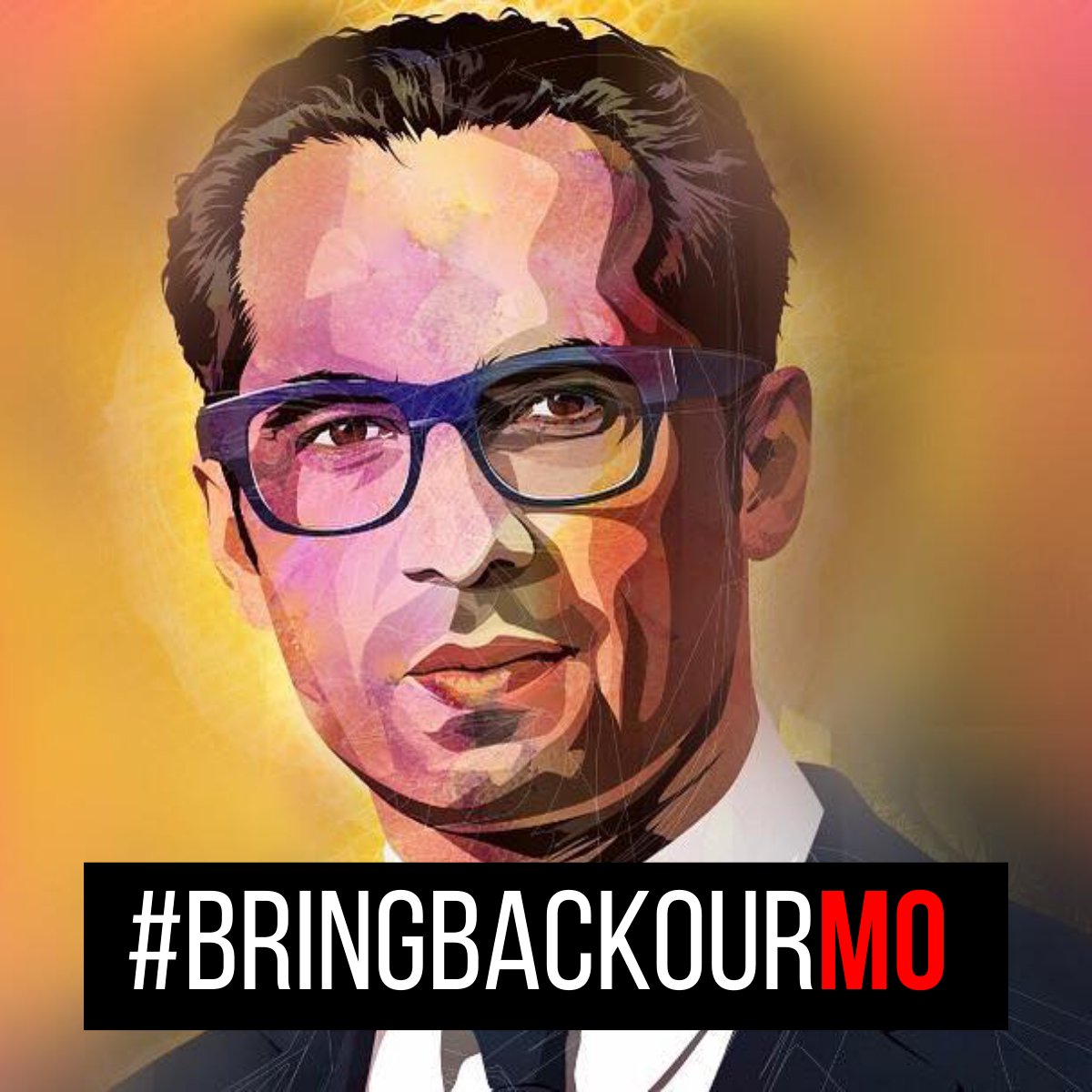 Dewji, who attended the news conference, did not add any details about his abduction, but thanked police officers and shook their hands.

Azim Dewji, uncle of Mo and family spokesman, said his office would release a personal address by Mo “once he is settled”.

“Mo is 100% fit, he looks fine, only that he may be in trouble psychologically because of his experience,” Azim said.

At a separate press conference later in the day, Simon Sirro, the inspector general, said the kidnappers had demanded a ransom. However, he did not say what it was or if it had been paid.

“Mohammed Dewji told us that the kidnappers wanted money, but were very afraid, even though they were armed,” he said.

“He asked them several times how much they wanted, but they gave no figure.”

Sirro said police had also found a partially damaged vehicle along with an AK-47, three pistols and 35 bullets near the drop off site, which the captors tried to burn in a botched attempt to destroy evidence before they fled.

Dewji is the chief executive of MeTl Group—a family-owned conglomerate, which operates in manufacturing, agriculture haulage, trading and real estate. He is credited with building his father’s modest family enterprise into a multi-industry giant, reporting annual revenues of $1.5 billion and making up 3.5% of Tanzania’s GDP.

In 2016, he signed a pledge to donate at least half of his fortune to philanthropic causes and earlier this year, he featured as the cover story in CampdenFB.