Dr Paul Hokemeyer, the internationally renowned clinical and consulting psychotherapist, reveals the signs of mental health distress that business families should watch out for, why generations cannot expect the same attitudes from each other, and how succession led to a founder’s identity crisis and almost the collapse of the business. Dr Paul Hokemeyer, the internationally renowned clinical and consulting psychotherapist, reveals the signs of mental health distress that business families should watch out for, why generations cannot expect the same attitudes from each other, and how succession led to a founder’s identity crisis and almost the collapse of the business.

The Senior Clinical Fellow at Urban Recovery and Principal at the London based firm Drayson Mews, is the author of the recently released book, Fragile Power: Why Having Everything is Never Enough.

Hokemeyer took time out of leading a well-received session at the Campden Wealth European Family Office Conference 2019 last week to speak with CampdenFB about his work with individuals and families.

CampdenFB: How do you get involved in helping families?

PH: Typically I’m brought in by someone who takes a nurturing role in the family, the person who’s tuned into other family members’ emotions and understands that conflicts in families arise more from hurt feelings rather than hard and cold facts. The family has tried to resolve these issues on their own, but has been unsuccessful. They bring me in as a professional with the experience to analyse the situation, figure out what needs to happen to change things and oversee the implementation of the plan.

The most common issue families bring me up to address involve succession. The family wants to implement a succession plan, but there is a mental health, personality or relational issue hindering their ability to move forward. The most common mental health issues I address are anxiety, depression and something called bipolar disorder, where a person has dramatic mood swings, and addictive disorders. The most common personality issue is narcissism and the most common relational issues are matters relating to a marriage or divorce. Quite often it’s not just one thing. Once you scratch the surface you realise it’s a melange of things that are going on in the family. 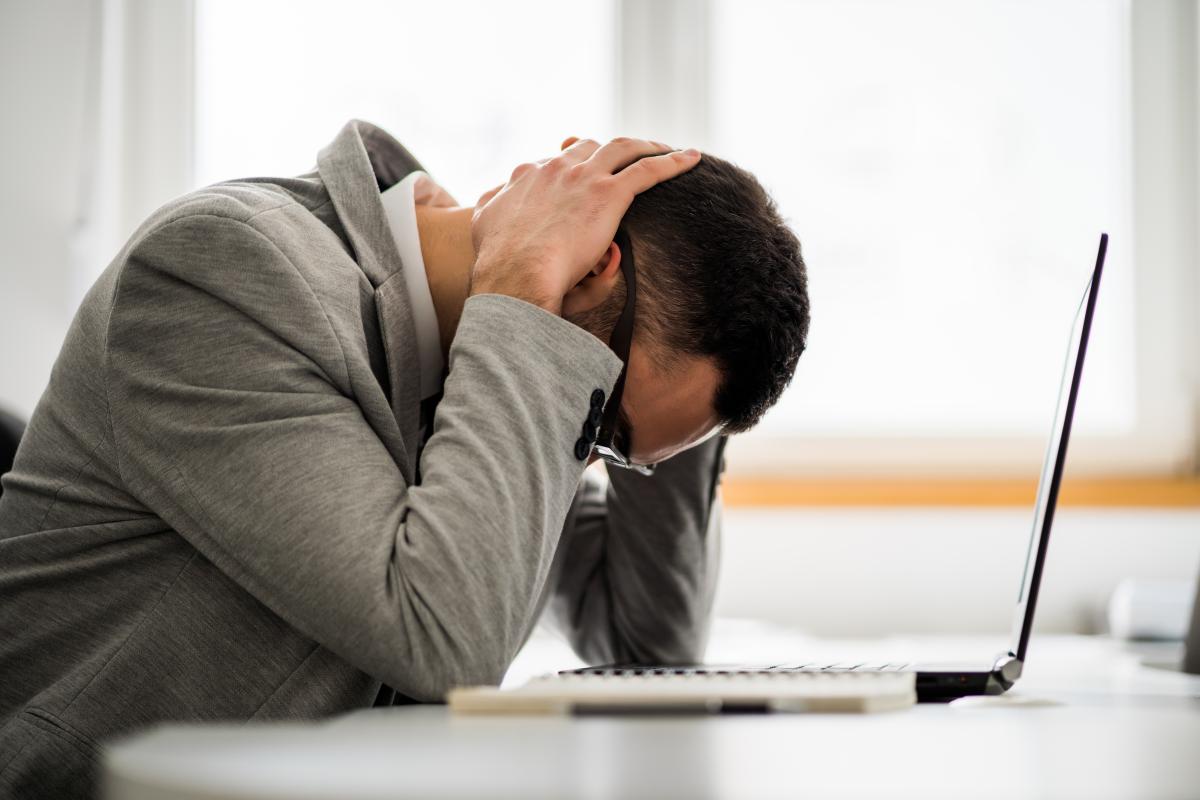 Are there any mental health red flags that families should look out for?

I always look for suboptimal performance or unresolved conflict within the family. The families I have the privilege of working with are distinguished and successful, but there is a person or clusters of people within the family who are not living up to their full potential, or causing the family to get stuck.

As for factors to look for, I always look for personality changes, destructive behaviors such as drinking too much alcohol, eating too much, reckless and compulsive spending, isolation, changes in sleep pattern, and emotional outbursts. Essentially, a person becomes someone who they are not. A kind person becomes abusive. A social person becomes isolated. A physically active person becomes sedentary.

In regards to succession, I’m called in when there is a conflict that can’t be resolved. Rational and clever people become irrational and make poor choices.

Are you seeing any patterns in mental health issues at the moment?

Mental health issues are broad and varied. Right now I’m dealing with a lot of 18 to 20-year-olds who have gone to the best schools and are now in the best universities, but they suffer from extraordinary anxiety and they are engaging in self-destructive ways to self-medicate it. The family is looking to them to assume more and more responsibility, but physically and mentally they can’t. I’m called in to figure out what’s going on, find an appropriate plan of action, then implement and monitor the plan.

I’m also called in by couples where there has been a breach of trust in the relationship, either it’s because of an emotional or sexual infidelity, or to help negotiate a pre-nup.

Then there are times when I get called in by families or trustees or family offices where there are certain family members who are acting in a way that the family deems inappropriate, whether that’s because they are not engaged in the world, they’re not living up to their potential, whether they’re evidencing some behaviours that are inconsistent with the family’s values and principals. I help the family to come together and sort out what those behaviours represent and figure out a way to address those individually and as a family to advance them to the next level of functioning.

Is there a root cause for anxiety among the family next gens you are seeing?

Anxiety has become acute in next gens. They are under an extraordinary amount of pressure. I think the world has always been anxiety provoking. I think we’re living in a point in time where the zeitgeist is one that’s defined by chaos, division and betrayal. Globally every system that we thought that we could count on to protect and care for us has been called into question.

Take for instance the environment. Climate change is real yet we hear conflicting stories that it doesn’t exist. The next gens will inherit a legacy of denial and extraordinary environmental degradation. They are also inheriting the legacy of income inequality. The next gens who I work with feel guilty about their privilege and are truly interested in helping heal the division and destruction that they will inherit.

I also think that this generation has been overly medicated. The tools that they’ve been given are quick fix solutions, that come in pill rather than skill form. I work with families where children as young as six-years-old are diagnosed with ADHD and put on an ADHD medication. That changes their neural network, it permanently alters their brain.

Do you find there are disconnections between family founders and their next generations in family businesses?

There is always going to be a generational disconnect. There always has been and there always will be. It’s the nature of generations. You are comparing an apple to an orange.

Typically G1 is defined by something that’s called an internal locus of control. They feel much more in charge over their lives. Many G2s however, have what’s called an external locus of control, so they don’t quite know who they would be if they didn’t have their surname or their trust fund or their bank account or they didn’t go to this particular school or live in this particular neighbourhood or holiday in this particular island. Their sense of identity is tied to things that are external from themselves. If you try to impose G1 expectations on a G2 generation, you’re always going to get a disconnect. The key is recognising that you’re dealing with an apple and an orange and working with the G2 to empower them to really find something that’s meaningful and purposeful to them. That needs to start at a very young age.

How have these issues manifested in a recent family business case?

There’s one case that comes to mind that was very rewarding to work with. It was an industrial family based in the European Union. It came time for there to be a transfer of the business. The patriarch was a very responsible and powerful man who came from very modest beginnings. He inherited a family business, when he was 19. He grew this company into a multinational conglomerate.

In his early 70s, he recognised he needed to let go of the reins and keep the business in the family. His children were very clever; they had gone to very good schools and had worked very hard in the family business and were quite able and prepared to take over the business.

The patriarch hired a very expensive business consulting company to come in and create a succession plan. All that was in place. Suddenly, when it came time to implement the plan, the father decided he was going to spend the winter skiing and just packed up and left his family. He wasn’t responding to emails or any other correspondence. When the family would push him, he would engage in what’s called the narcissistic cycle of abuse, where he would become the victim and accuse his loving and well-intended family members of being greedy and trying to ‘steal’ the business. Mind you, he was the one who had set this up all along.

The consulting company that had set up the succession plan called me in to help the family manage the destructive dynamic father and resolve the intergenerational conflict. I worked with the wife and the children to understand what was going on and to recognise that the father’s identity was tied up in this business and he was losing his sense of identity. He loved this business so much that it was so painful for him on a psychological and emotional level to let go. Once the family was able to see that and recognise that Dad wasn’t a bad guy at all. In fact, Dad was very loving and giving. He just needed time to process this monumental change in his identity. By working with the significant people around the father we were able to change the father’s reactions. Dad came back from skiing and we were able to work with the family and talk in a way that was very real and honest. I reoriented the family around issues of vulnerability and trust, rather than anger and conflict. The succession plan got implemented. The eldest son took over the management in a way that allowed Dad his respect and continues to honour him as the patriarch.

What advice would you give to business families to maintain good mental health?

Make mental, relational and emotional health a priority. Find and retain highly trained and experienced mental health professionals in your ecosystem. Families need to be very intentional about enhancing the relational and emotional capital in their families. That means honouring diversity in families, allowing people to become autonomous adults with individual voices, trying not to take things terribly personal and remember that as human beings we are hardwired for connection. Our wellbeing is diminished in isolation and it is enhanced in reparative connections with other humans. Constantly focus on enhancing and repairing your relationships with your most important asset, which is your loved ones in your lives.