Invest in your children

Most wealthy parents do not prepare their children for the responsibilities of their future inheritance. Nicholas Moody digs into the findings of a four-year study into wealthy Dutch families that reveals how to reverse this trend Wealth has many unintended consequences and trying to minimise the impact of wealth on the next generation of inheritors has been the goal of a four-year project for Raimund Kamp and Marijke Kuijpers, founders of Guidato Family Office.

Their in-depth qualitative study of 18 wealthy Dutch heirs, in co-operation with Nyenrode Business University, has been turned into a new book De Gouden Rugzak (The Golden Rucksack – Handbook for Wealthy Families). The book, that is only available in Dutch at present with plans to publish in English shortly, focuses on upbringing in wealthy families, how heirs have been prepared for their future inheritance, and their experiences with inherited wealth.

Families have traditionally done a dismal job preparing the next generation. Only two of the 18 heirs were properly prepared for the responsibilities of their inheritance. Inheriting a fortune didn’t change their lives very much. The other heirs encountered obstacles, both financial and emotional. For most of them it was very hard to deal with the financial management of the wealth, speaking with different experts and advisers and making the right decisions. Kamp and Kuijpers’ book recommends that parents and their advisers come up with a strategy to better prepare the next generation for their future responsibilities. The question is how. Easier said than done.

The research found children are often aware of their exceptional financial position or privileged situation from an early age, because of material symbols. Most heirs had already noticed by the time they were seven or eight-years-old that the financial situation of their family was different from other families. An eighth-generation heir from a well-known public company said: “From the age of seven, you start to be reasonably aware. Personnel, boats, vacations. You do not go to places where ordinary people go.”

The transition to high school means that children come into a new environment. Many heirs found this difficult because they often felt the need to defend or justify the family fortune. “When I went to secondary school I was bullied,” says a third-generation heiress from an industrial family business with very visible family wealth. “When I cycled home the other children shouted: ‘Oh, don’t you have a golden rucksack?’ Those were children of parents who worked in the factory who knew who I was, but I did not know who they were.”

Growing up in a wealthy family may also lead to a negative judgment and stereotyping by other people. To deal with this Kamp and Kuijpers suggest that parents should come up with effective ‘standard’ replies to difficult questions.

Just like all parents, wealthy parents also have fears and concerns for their children. Three fears and concerns of parents came up during Kamp and Kuijpers’ research, those of relationships, own initiative and materialism. The most frequently cited fear concerned the child’s relationships, in general and specifically, like who they could choose as their future partner. The following quote from a second-generation heiress is representative of the situation: “My father was always terrified that we would come home with a partner that was in it for the money, so to speak. That was on his mind a lot.” 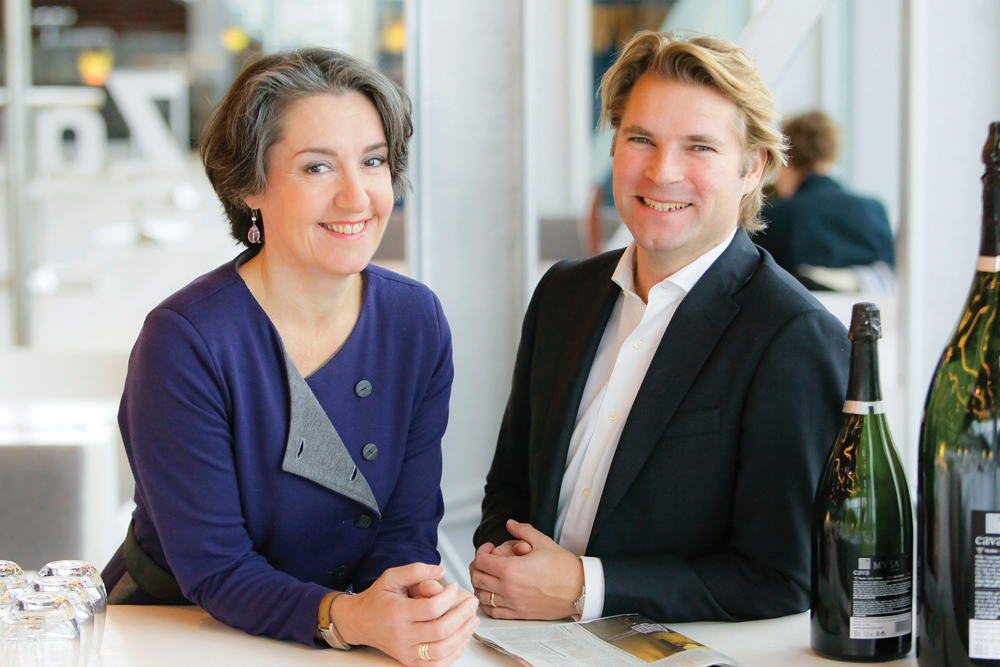 Wealth education: a must for all children of wealthy parents

The main finding from Kamp and Kuijpers’ research is that wealthy parents need to be much more proactive in preparing their children for inheriting wealth through education. This consists of three phases: informing, practising and letting go.

A wealth education starts with informing children about the origin, objectives and composition of the capital. What has the family built and what can and should you do with the accumulated capital?

What parents discuss about the family wealth also depends a lot on the family culture. A fourth-generation heiress from a leading publishing business: “We are quite open about it, in our family, but I see my sister says ‘No, no’ [she doesn’t want to know]. That’s exactly what my father did.” Parents are more open to talk about a family business than their private assets. An important message about the family business is that it is tied up wealth. The continuity of the business is the first priority and the children are constantly reminded of this. During the information phase parents emphasise communication about risk reduction, preservation of capital and a focus on the longer term. All in line with what most of them wish: to sustain wealth across generations.

The second phase focuses on practice and practical experience. The most common actions parents carried out were gifts made during one’s lifetime, joint investments, family meetings, attending meetings with advisers and a role within the company. Most children have a low interest in financial affairs and they are often less motivated to get started. The challenge is to create a safe environment that motivates the children to learn new (financial) skills.

Finally it involves both letting go of the emotional grip on wealth and the transfer of the financial baton to the next generation. “It’s very exciting when you can let go now,” says a fifth-generation heir from an aristocratic family who has passed on his wealth.

The uncomfortable truth from Kamp and Kuijpers’ study is that most wealthy parents do not prepare their children for the responsibilities of the future inheritance. Sustaining wealth requires investing in the family relationships and talent. When was the last time you invested in your family?

Related Content:
Why fambiz children are gold dust
Your business: a classroom for your children
Parenting adult children: the recipe for success
Featured In Issue:
CampdenFO Issue 22