The Internet of Things: How tomorrow’s technology affects family business

With industrial and consumer uptake growing exponentially, the Internet of Things is disrupting the way businesses operate. Scott McCulloch explores the implications for family firms With industrial and consumer uptake growing exponentially, the Internet of Things is disrupting the way businesses operate. Scott McCulloch explores the implications for family firms

Think of the billions of physical devices connected to the internet, devices that collect and share data, and you get a sense of the Internet of Things (IoT).

Combine these things with sensors, automated and networked systems, software that analyses data and creates actions, and a sharper picture emerges. Cheap processors and wireless networks have made it possible to turn anything, from a door lock to an aeroplane, into part of the revolutionary concept. IoT has injected digital intelligence into devices that would be otherwise be dumb, enabling them to communicate without a human involved.

Gartner, the international research firm, estimates that by the end of 2017, there were 3.8 billion connected things out there—smart cars, smoke detectors, industrial robots, heart monitors, trains, even toasters. By 2020, Gartner estimates there will be 25 billion smart devices transmitting tiny amounts of data to us, to the cloud and to each other.

One study estimates that 35% of US manufacturers are already using data from smart sensors to increase efficiency and reduce operational waste. IBM is developing a multi-application gas sensor that could help airports detect and track biochemical threats, tell you if the steak in your fridge has spoiled, or diagnose breast cancer and other diseases by analysing your breath.

US firm Concrete Sensors has created a device that can be inserted into concrete to provide data on the material’s condition. 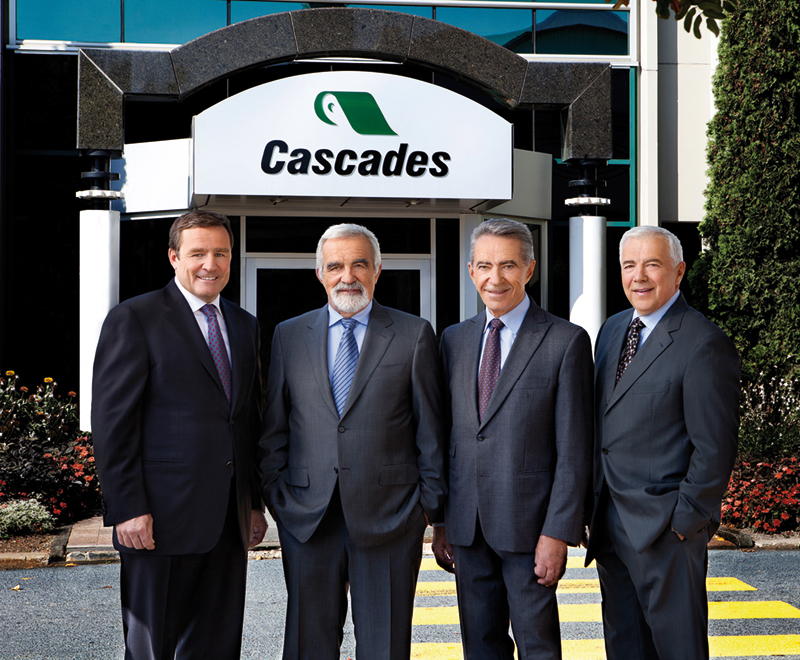 Do the right things

So is IoT a disruptive technology? If competitors are using it to their advantage, yes. And where does that leave family enterprises?

“You can focus on profitability, but I would argue that the best way to survive is to grow,” says Davis, whose company reduces media spending through better ad targeting.

Firms with the “mentality of staying in the same business model” are inevitably prone to disruption, he says.

“The disruptors will come in and you won’t have the momentum. If you spend nothing on R&D in a safe and low-risk way, you’re putting your business at risk.” 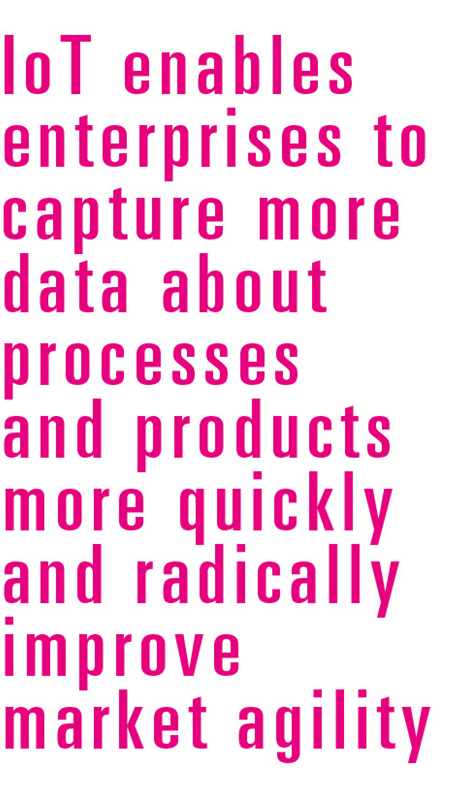 Research and development spending is in fact an area where family-held firms excel. In the US, some 200,000 privately-held middle market companies invest heavily in innovation, devoting 8% of revenue, according to accountants Cherry Bekaert LLP.

Done right, deploying IoT technology looks a tantalising prospect. But machines connected to other machines serve up immense—and often meaningless—amounts of information. Fit them with sensors and add analytics (computational analysis of data) to the mix and the picture brightens.

At Cascades Inc, the Canadian paper products group founded by the Lemaire family, old data has new meaning thanks to Information Builders, a firm that helps businesses integrate, cleanse and analyse data, including data from connected devices.

“Our sensors detect slight variations in the production process and we must make sure that these parameters are in an acceptable range,” says Martin Gauthier, technology co-ordinator at Cascades.

“People on the shop floor need this information to monitor production.” 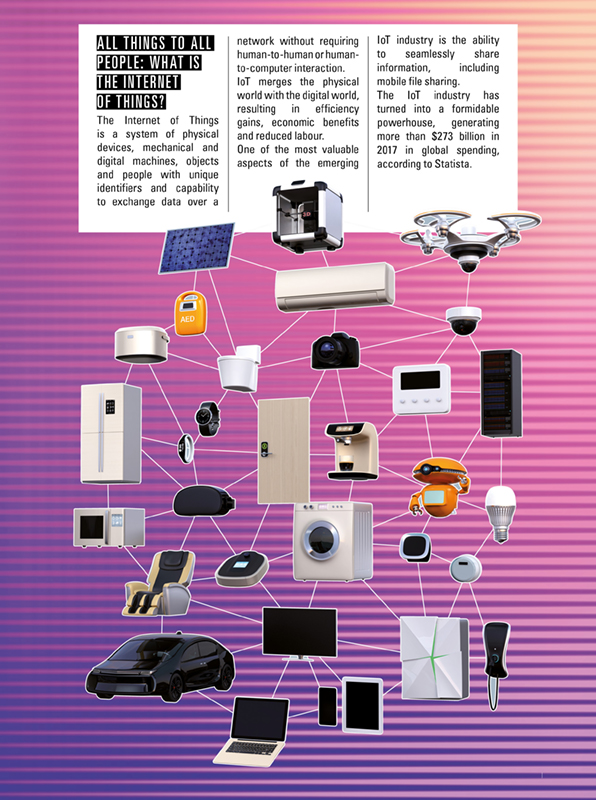 Then there’s global visibility whereby IoT makes it easier for enterprises to see inside the business, including tracking from one end of the supply chain to the other, which lowers the cost of doing business in distant locales.

“In terms of the Internet of Things, we help get value out of IoT data by aggregating data and making sure that data makes sense for the business side,” says Lyndsay Wise, solutions director at Information Builders.

But how do businesses justify the cost of data? Many have data quality issues, actual problems that hamper holy grails of optimal operations.

Deploying some form of IoT is fine, but bad data can frustrate efforts to analyse and leverage the business model’s promises of automation and enhanced efficiency.

Wise hears this gripe often among her prospects: “They can’t get the right answers and don’t understand why they are unable to create consistent quality controls.”

“Just automating something isn’t good enough if you’re not actually going to take action on it and become more proactive.”

The brisk pace of IoT uptake among enterprises looks set to continue, with a market analysis by Zinnov predicting global spending on IoT technology-based products and services by enterprises to reach $253 billion in 2021.

Sound rosy, but is IoT hype justified? And are businesses at risk of over-implementing technologies in an effort to streamline existing operations?

“The main pitfalls to deploying IoT are doing it when it is not needed or doesn’t add direct value to the business,” warns Jon Hill, business development director at InVMA, a British IoT firm.

“We use IoT deployments to facilitate automation by communicating the information required to make business decisions. We deploy IoT so that businesses can turn data into something meaningful that staff can act on.” 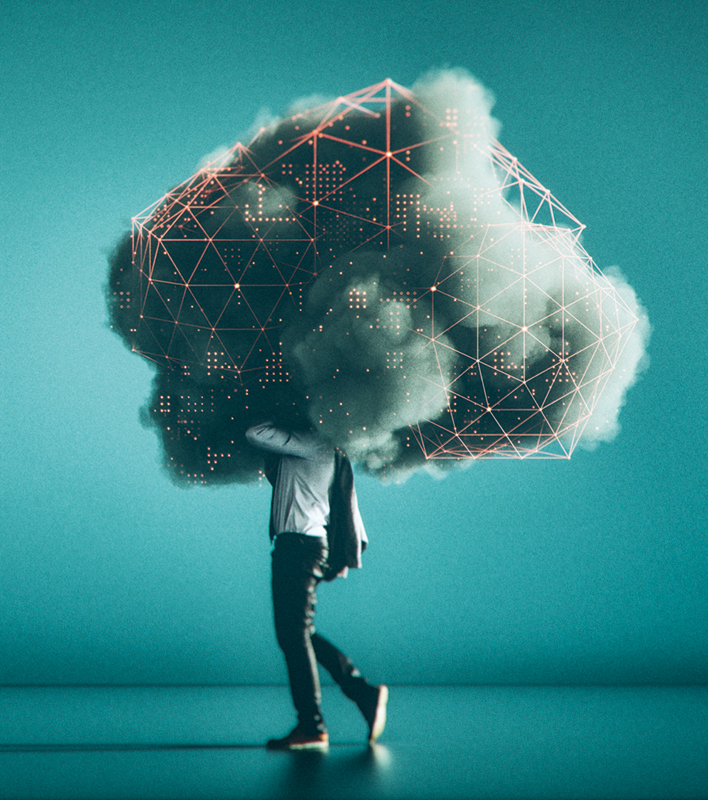 As billions of things become smart and connected, the reality is devices are creating openings that can be exploited by attackers.

“We need them to improve our businesses and lives, but they are a very easy attack surface and by far the easiest way to get into an organisation, enabling hackers to scan your network, install malware, conduct reconnaissance, and exfiltrate data by bypassing other security mechanisms.”

From power grids to pipelines, the rise of the machines looks imminent. Let’s hope that’s a good thing. 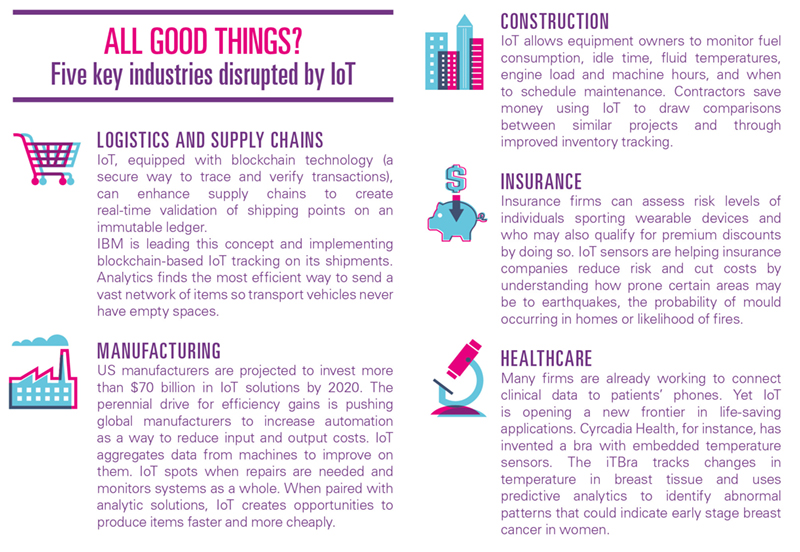