Education has consistently ranked as one of the top philanthropic causes for wealthy families since the Global Family Office Report began collecting data on the field in 2014. Now, massive populations, increasing middle class income, and increasing spending on education in Asia is making the sector a compelling impact investment opportunity too. Education has consistently ranked as one of the top philanthropic causes for wealthy families since the Global Family Office Report began collecting data on the field in 2014. Now massive populations, increasing middle class income, and increasing spending on education in Asia is making the sector a compelling impact investment opportunity too. Benjamin Vedrenne-Cloquetpicks out some of the key trends.

Asia’s economies are booming and this is driving strong demand for education. EdTechX’s most recent report on key global educational technology (or edtech) trends shows that Asia is the largest market in the world for education and training. China, for example, has 200 million school-aged children and a rapidly growing middle class. These Chinese families are projected to be spending six times more on their children’s education in 2020 and four-fifths of Chinese parents said they would invest their money in educating their children.

As a result, the Asian edtech space is flourishing. Asia is now experiencing the world’s fastest growth in investment into the sector. The difference in venture capital investment in China vs Europe and the USA from 2014 and 2018 is vast: $4.6 billion was invested in edtech in China between those years, in comparison with $430 million in Europe and $600 million in the US. 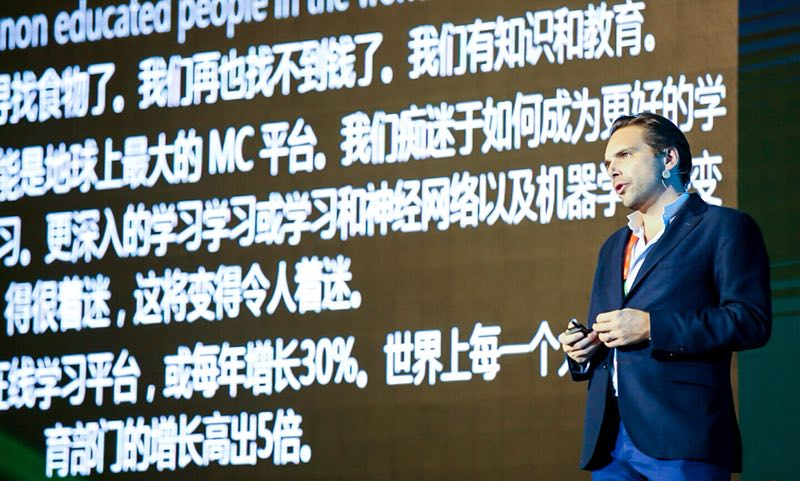 There are now more edtech unicorns in China (and Asia) than any other countries and continents. Beijing has become recognised as the largest hotbed and ecosystem for edtech start-ups, ahead of San Francisco’s Bay Area, New York, Boston and London. Three thousand edtech companies are headquartered in Beijing, and the city benefits from the highest global concentration of edtech companies per capita.

South East Asia, including Vietnam, Thailand and Malaysia, have also become fertile grounds for the space, underpinned by the fast rise of international schools, who are spending 10 times more on technology per student than an average European or US state school. Topica, a Vietnam-based edtech startup, recently raised $50 million – an amount that dwarfs the capital raised by 99% of European edtech companies.

Byju, an Indian education startup, has attracted 30 million users in India. Where there is often a lack of good teachers, Byju helps teach students from kindergarten to year 12 with subjects including maths, science, and English. Byju was valued at $3.6 billion in December 2018.

This flourishing edtech industry goes hand in hand with producing positive results for students across Asia. In 2018, Asia topped the PISA (Programme for International Student Assessment) rankings with seven out of ten top-scoring countries in the most recent PISA tests from Asia.

Yet the trend so far has been for Western, rather than Asian, edtech brands to dominate. British private schools have been rapidly expanding eastward setting up 44 overseas campuses and educating almost 25,000 pupils (doubling in number since 2012) and have been rushing to China to develop spin offs and digital offerings for Chinese learners. EtonX now works with 25 schools across China.

However, we have now begun to see Chinese education brands going west. TAL Education Group, a leading education and technology enterprise in China with its core business in English learning and STEAM (science, technology, engineering, art, and mathematics) is now listed on the New York Stock Exchange (NYSE) and had a market capitalisation of $20 billion. Another example is the New Oriental Education and Technology Group, also listed on the NYSE with a market capitalisation of $13 billion. There are now more Asian education stocks listed on Nasdaq and NYSE than American ones.

Kumon tutoring, which was founded in Japan in 1958, is the UK’s largest supplementary provider. Likewise, the ‘Singapore maths’ teaching method has become popular globally, including in UK and US schools, due to Singapore’s consistent top ranking on an international assessment of student maths achievement.

The increasing dominance of Asian brands on the Western stage is evident. The growth trajectory is on the up and this represents a huge investment opportunity. Much as the likes of Alibaba, Sony, and Huawei have become household names, so will those of TAL and New Oriental Education and Technology. The global influence of education is becoming redressed and rebalanced as Asia grows to become the global edtech and knowledge economy powerhouse.  Families looking for a global megatrend to capitalise on should consider this one.

Related Content:
New ‘Core Characteristics of Impact Investing’ a roadmap for family investors
Family next generations on a mission to impact invest