How to keep Millennials in line for succession

Are robust labour markets and culture shifts drawing successors into sexy start-ups and pushing them away from ‘traditional’ family firms? Scott McCulloch reports Are robust labour markets and culture shifts drawing successors into sexy start-ups and pushing them away from ‘traditional’ family firms? Scott McCulloch reports

Next-generation successors have long been advised to cut their professional teeth outside the family business before coming in. Yet in an era of globalised economies, where company revenues can grow enormously in a single generation, are family businesses losing their allure for affluent and entrepreneurial Millennials?

“We’re seeing a decrease in intentions to join the family business,” explains Carrie Hall, Americas Family Business Leader at consultancy Ernst & Young. Hall’s observation comes in the wake of her consultancy’s 2015 study on next-generation succession intentions – down 30% since 2011.

According to the survey, carried out in 34 countries with Switzerland’s University of St Gallen, only 3.5% of university students whose parents have a family firm intend to become a successor directly after studies. Five years after graduation, 4.9% of respondents plan to succeed their elders.

The good news? More than a third of the survey’s 109,000 respondents hoped to found their own company, suggesting that it is “not a lack of entrepreneurial spirit or motivation preventing the next generation from joining the family business.”

Akshay Oswal, a scion of India’s Oswal textile and property clan, is a case in point. A graduate of Case Western Reserve University in Cleveland, Ohio (US), Oswal, 29, wears two chief executive hats, one for his travel industry start-up, a second within a unit of his family’s Oswal Group conglomerate.

“A lot of my peers are exploring new opportunities because of India’s booming e-commerce sector and growth in funding opportunities,” says Oswal, chief executive of Trendset Traveler.

Four years into his leadership at Oswal Synergies, a shawl and stole manufacturer, Oswal says he spends 65% of his time developing Trendset. His father, a shareholder in the start-up, plays an advisory role in the garment unit while Oswal handles operations and investments.

“It is a passion that drove me to start my own company.”

Passion indeed, yet Oswal admits: “My father still expects me to carry on the family business.” Why wouldn’t he? India’s economy has grown 7% a year since 2014, fortuitous market conditions second-generation Oswal intends to exploit. 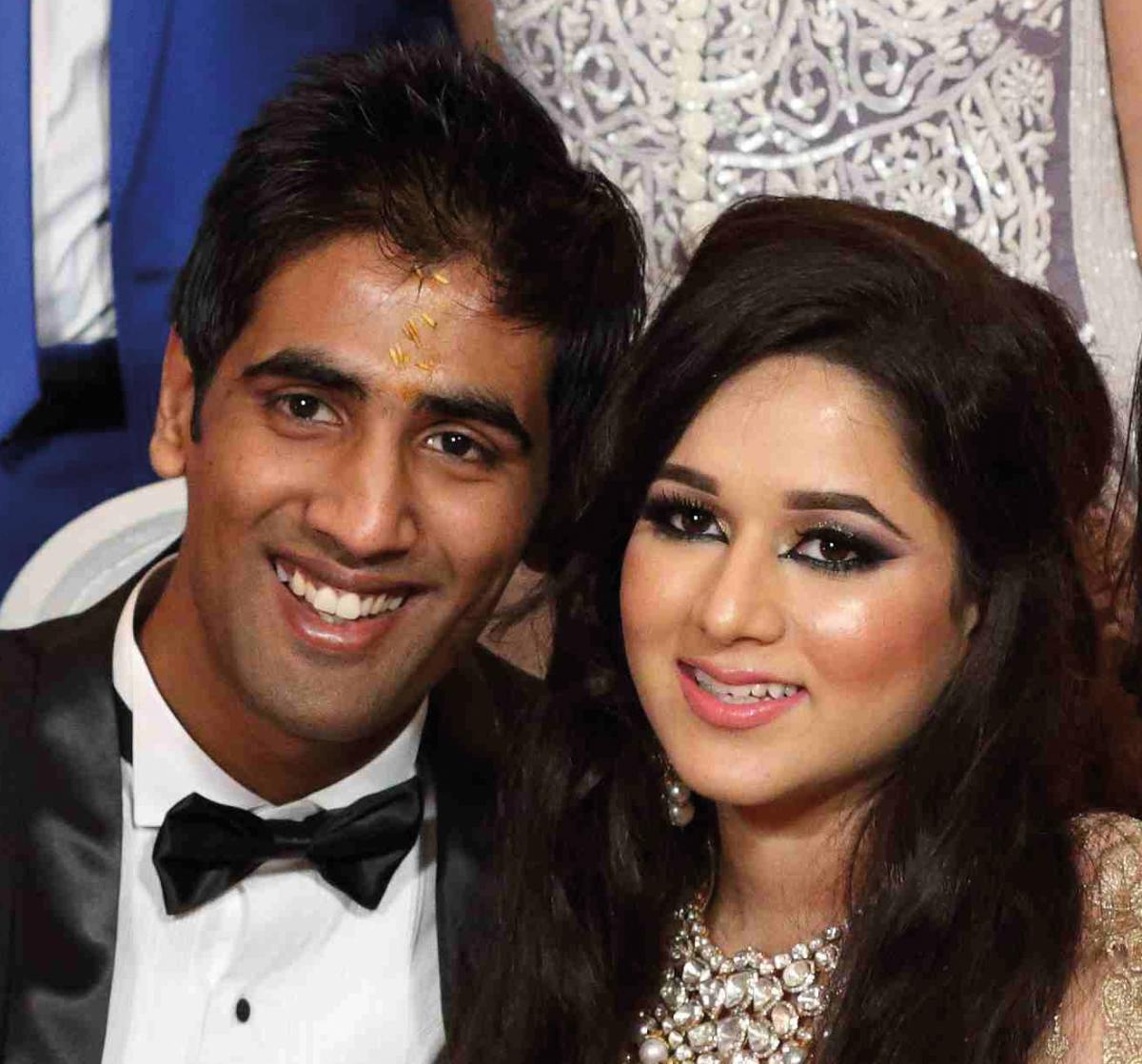 “The older generation are not risk-takers,” he laments. “My generation explore more opportunities.”

Such perceived old-guard conservatism, particularly with regard to wealth preservation, is hardly astonishing, notes Andrew Keyt, clinical professor in family business at Loyola University Chicago. Yet the next generation, he counters, adds value to family businesses through new approaches.

“That is not always well received by the parent because the next generation basically ask hard questions: ‘Are we doing the right thing? Can we do things better? Often parents are more interested in patterns of predictability.”

Confident and connected, Oswal is as eager as most entrepreneurial Millennials (who now account for 80% of the global workforce) in that his loyalty to family is occasionally at odds with a desire to chart his own course.

“Millennials in general do seem to have a particularly increased loyalty or attachment to their families,” says John Davis of Cambridge Family Enterprise Group in Boston.

“In terms of their careers, they seem much more independent than we have ever seen in anybody else.”

Davis has advised and studied business families for 30 years. He believes the next generation’s entrepreneurial streak could prove advantageous for families keen to diversify into other businesses.

“One of the things Millennials are profoundly interested in is entrepreneurship.

But Davis cautions: “I don’t use the term entrepreneur unless I am talking about an independent business venture.”

In other words, wealth created outside the family business.

Course options related to entrepreneurship and family businesses are on the rise in higher education, another factor Ernst & Young says is influencing the next generations’ succession intentions.

“Students can gain realistic insights regarding what it requires to become a successor,” the consultancy’s Coming Home or Breaking Free? report states.

But insight is theoretical. Reality rules, which is why “venture creation” programmes – degree courses that require students to run actual businesses during and after their studies – are emerging at top universities. Researchers at Chalmers University of Technology in Sweden estimate there are 18, mostly in the US and Europe.

Also trending is an attitude shift in business clans.

“You have more and more families saying to the next generation, ‘Why don’t you try to do this? Be an entrepreneur and we’ll support you’,” Davis says.

“And often the new venture creation is supported by family capital – not exclusively, but it is – and this family capital is generally not controlling the new business.”

Declining succession intentions may also be a result of improved labour markets in many countries, according to Ernst & Young. When jobs are plentiful next-generation family members have more career options, reducing the appeal of the family business.

“People want to strike out on their own.”

Labour markets aside, entrepreneurial dreams are particularly vivid in Latin America, where 52% of Millennials consider being an entrepreneur to be “a very important life accomplishment,” according to a Telefónica survey.

In terms of succession or pastures new, it is unclear whether younger next-generation family members are motivated to act out of obligation or destiny. For 38-year-old Mariella Bottiglieri, managing director of Italy’s sixth-generation Giuseppe Bottiglieri Shipping Company, both come into play.

“I didn’t have a normal childhood,” explains Bottiglieri. “At the end of each school year, we did not go to the beach, we joined our father on [deep-sea] vessels.”

Bottiglieri’s love for her family business is palpable. Her credentials? Impeccable. She studied economics and maritime affairs at university in Naples, then moved to London to work as a trainee with the shipbroker Clarksons.

While there, Bottiglieri studied for three master’s degrees, in maritime economics, law and politics; in trading and chartering; and in ship management.

A staunch advocate of the next generation gaining external work experience before joining the family firm, Bottiglieri told Lloyd’s List in a 2015 interview: “Nothing is more damaging than an incompetent heir.”

A board member of Italy’s Association of Women Entrepreneurs and Women’s International Shipping & Trading Association, Bottiglieri considers herself deeply entrepreneurial yet profoundly loyal to her chief executive father’s 150-year-old business.

“My intention is not only to stay in the family business but to work as hard as I can to bring the company to its seventh generation,” she says. “It is my duty.”

Is Bottiglieri a rare breed in a seemingly unglamorous and traditional family operation? Not necessarily.

“The next generation are most passionate when they are applying skills they feel competent in,” says Keyt. Whatever floats your boat then.

Sarah Näf, the group’s chief financial officer, joined the 31-year-old family business “as a secretary” in 2001. Her father, Naef’s founder, imbued a sense of independence in his children early.

“We all began our careers by working for other companies,” says Näf, an economist whose professional life began in Zürich with insurance firm Swiss Life. 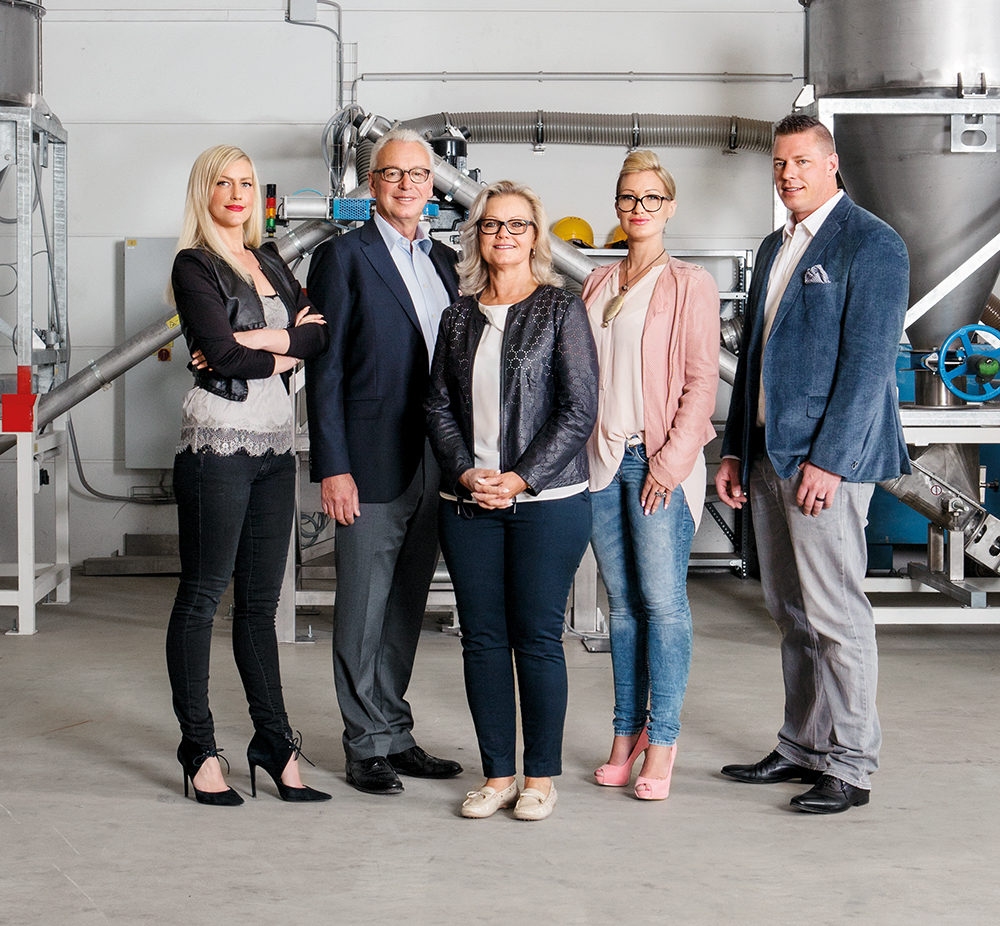 “My father told us if we wanted to join the business we had to learn something else.”

Näf says she and her brother Ramon, chief executive, have flourished through their parents’ vision. The group has enjoyed 16 years of growth via a patient blending of next-generation skills and old-guard wisdom.

“It will take 10 years before the third generation comes aboard and we will look to diversify through their know-how,” says Näf.

“But they will have to bring something new to the game.”

Davis calls this type of next generation member an “intrapreneur” – a family member who develops a business unit that can stand alone while getting a taste of going it alone.

“It could have its own P&L,” says Davis.

“For a next generation to add value, they at least have to update the existing business.”

But there are horror stories. Hall tells the tale of a scion drawn from his dream job outside the family firm to replace a chief executive at a US retailer.

“The son stepped in because he thought he needed to,” she recounts.

“Two years later, with all the turmoil within the company, the man had a nervous breakdown and had to quit.”

The notion today’s next generation are entrepreneurial, fiercely self-determining, and spoilt for career choices need not sound alarm bells in family firms keen to remain that way. On the contrary, says Hall. Properly guided, their value-add potential is huge.

“Families are morphing to provide mechanisms to allow that entrepreneurial spirit to be nurtured,” she says.