The great wealth transition: Are next gens ready to take over the family office?

Ultra-high-net-worth families are in the midst of a major handover of power. Generations are preparing to either step aside or step up and, as a result 67% of European family offices have a succession plan in place. However, according to Campden Wealth’s European Family Office Report 2022, around half of these plans are informal. As 36% of European family offices expect their Next Gens to assume control over the coming decade, is now the time to discuss the difficult subject of succession openly? Ultra-high-net-worth families are in the midst of a major wealth and succession transition. Generations are preparing to either step aside or step up and, as a result, 67% of European family offices have a succession plan in place. However, according to Campden Wealth’s European Family Office Report 2022, around half of these plans are relatively casual, being only informally agreed (19%), unwritten (21%) or still in the process of development (14%).

With such an important passing of power, there are still many questions about implementation and readiness hanging in the air. Especially as significant numbers of European family offices believe that the next generation is too young (36%) or inadequately qualified to take over (34%).

“The research highlights the importance of having clearly defined and enforceable succession plans. In a family environment, discussions of succession planning can be a sensitive issue, hence the prevalence of relatively casual plans. However, this can cause issues further down the line when succession takes place and next gens assume control.” 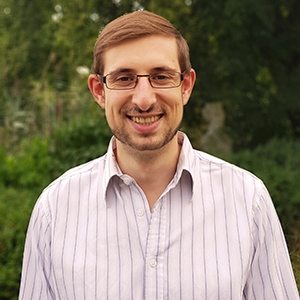 “I am not surprised at all by these findings,” says Octavian Pilati (pictured right), a multi-generational family member hailing from one of Austria's princely houses who took over the family office at the age of 26 following a major crisis. “Succession is an ongoing process and a succession plan should be a living document. Often it is seen as something with a ‘Finishing line’ and that can hamper progress. I get the feeling that many families try to work succession out on their own, with their family lawyer or tax advisor – ideally, a neutral party should facilitate succession planning.

“These statistics are not surprising,” agree clinical psychologist Dr Jamie Weiner (pictured left) and family business consultant Russ Haworth, co-founders of The Quest For Legitimacy. “Succession or transition planning is best viewed as a process rather than an event. The now generation hesitates to relinquish control given the business or their role has become their identity. What will their lives be like without these and can they really trust the future? It is easier to focus on the day-to-day than to ask difficult questions about future generations and key members of the family office.

“However, given that it can be something that is perceived as only becoming effective at some point in the future, it is also something that is very easy to just have loose informal plans around. From a continuity perspective though, if an unexpected or sudden succession were experienced, there is a risk to the family office in not having well-documented plans, particularly when it comes to senior roles within the family office.”

Despite concerns about next-gen preparedness for succession, the report found that 36% of European family offices expect their next gens to assume control over the next decade. Are we about to enter a period of familial turmoil?

“I believe there must be meritocracy whether the leader is a family member or not.”

“I see there being an increased need for professionalism and expertise from the supply side,” says Doris Sommavilla (pictured right), a third-generation member of a family with extensive hotel and residential property interests, who has gone through significant succession upheaval in her own life. “I expect there will be increased turmoil and family branch buyouts to consolidate capital and liquidity events to solve tensions.

“However, I think that next gens are less emotionally attached to the operational family business and they want to rely less on family advisors and choose their own business partners.”

“Successor education and preparation is an important topic, which is sadly often overlooked,” says Pilati. “Every succession brings the potential for turmoil and crisis for a family. The outcome depends strongly on the stability of the family and its individual members.

“Having meaningful conversations around aspirations and expectations is essential. It is a difficult but necessary conversation to have.”

The report found that discomfort discussing sensitive matters, highlighted by 15% of respondents, would naturally lead to an inability to engage with family principals on the subject of succession planning. Family offices may also need to consider the succession of senior family office leaders, whether they are family members or otherwise. At present, 40% of European family offices have plans in place to deal with this contingency; 20% are training family members to take over, 13% are training other internal staff and 7% are relying on outside professionals to step in.

“I believe there must be meritocracy whether the leader is a family member or not,” says Sommavilla.

“Families are emotional systems,” say Weiner and Haworth (pictured left). “The technical and financial aspects are easier to address as they are based on logic. The individuals within each family have their own hopes and fears around the transition. Therefore, having meaningful conversations around aspirations and expectations is essential. It is a difficult but necessary conversation to have.”

With the major wealth and succession transition expected to be ongoing for a number of years, a large proportion of European offices admitted they are still developing plans, while a significant say they no plans at all.

“A lot of patriarchs do not think about the possibility suddenly falling ill or dying,” says Pilati “Or sometimes, as was our case, a crisis that is too much for the now gen to solve on their own. The better prepared your family or team is in these cases, the more likely it will be that you will come out of it successfully. I am a firm believer of installing a family committee that is informed and can take the reins if a sudden crisis or succession occurs.”

Preparing the next generation for their post-succession role is believed to be an important part of family offices’ responsibilities. Most European offices believe they are well-prepared to support the next gens’ investment objectives (95%) and help them find bankers, lawyers and other service providers (81%). But when it comes to more important functions, such as helping next gens understand their post-succession roles or interfacing with trustees, a much lower percentage (73% and 76% respectively) believe themselves to be prepared.

“These individuals play a key role in the continuity of the family office and while it is obviously important to have succession contingencies in place for planned transitions, it is essential to have them for unplanned transitions,” say Weiner and Haworth. “Understanding what happens to leadership, control and decision making in the event of unplanned transitions can highlight the unintended consequences that can result from a lack of planning and it is far better to know about these in advance rather than afterwards.

“I’m a big fan of coaches and mentors,” says Pilati. “A coach can help the next gen address their roles, while a mentor is always a good go-to resource for advice on topics with the family and facilitating discussions between next gens from different families.”

While family offices can be a useful training ground for next gens’ educational development, the report found that 64% of European families expect them to gain work experience elsewhere, such as at a bank or hedge fund, before joining the family firm. “There are some good points to this strategy,” says Pilati. “The next gen gets to see how things work in other firms and what it is like to be an employee. On the other hand, I believe that through early internships in the family firm, the next gen gets to know their own family office before they need to gain experience elsewhere. These early internships also help the next gen in deciding if working with the family is what they want to do.”

“There is no one-size-fits-all solution in terms of whether gaining experience elsewhere will lead to a better outcome or not,” say Weiner and Haworth. “This tends to place the focus on the rising generation member attaining technical skills to apply to a role within the family office. While this can obviously be useful, it ignores the need and desire of the rising gen to feel able to contribute in other non-technical ways.

“This does not necessarily mean that the exploration needs to happen in another organisation, but using this phase to gain exposure to a world outside the one that they have grown up in provides the time and space to blossom and bring a new energy back to the family.”

Click below to find out more about the European Family Office Report 2022.