Impact investing is an area that family offices have shown cautious interest in, but a new G8 task force is set to tackle some of the issues holding them back. Campden takes a look. Back in the 1970s and 1980s, venture capital and private equity were a glint in people’s eyes, says Sir Ronald Cohen, founder of Apax Partners, but institutions felt something exciting was about to happen in the space. Today, Cohen – the so called “father of British venture capital” – has a sense of déjà vu, because he feels impact investing is at the same stage in its evolution and the industry is set to take off.

The term, which is a current buzzword both in philanthropy and investment circles, describes investment made in companies that deliver a measurable social or environmental benefit, but can still deliver a financial return to investors. And the concept has been garnering interest among family offices.

Speaking at a conference on impact investing held in October in London, Cohen (pictured, right) – who also co-founded Bridges Ventures and is the current chair of Big Society Capital – is wearing his newer “father of social investment” hat. He says impact investing is “an idea whose time has come”, and as chair of a new G8 task force, established in June by the UK government as part of its G8 presidency, he will recommend the best framework to create a global and sustainable social impact investment market. Joining the task force from outside the G8 are the European Union and Australia – ensuring its recommendations are far-reaching.

Andreas Ernst, head of impact investing at UBS, says the relevance of the G8 task force to family offices is that it will provide the infrastructure to facilitate impact investing. He says family offices are very aware of the concept, which he partly attributes to their strong networks in philanthropy and investment circles, but are still cautious about taking the plunge – especially among more established family offices. He says currently it is challenging for family offices to assess impact investment opportunities because there’s no track record for them to look over.

But despite this, some family offices have been among the early adopters of impact investment. President and chief executive of the Global Impact Investment Network (GIIN) Luther Ragin Jr says a survey conducted by the organisation earlier this year, revealed high net worth individuals and family offices were some of the most active participants in impact investing.

Managing director of private wealth client management at RBC George King says family offices could play a big role in impact investing because they are more readily able to adopt new investment strategies. “They don’t have the same type of fiduciary responsibility that many others have. It’s just ‘you know what, this is my money, I’ve made it, I want to go and do this’. So it’s much easier for family offices to engage if they like it and believe in it.” 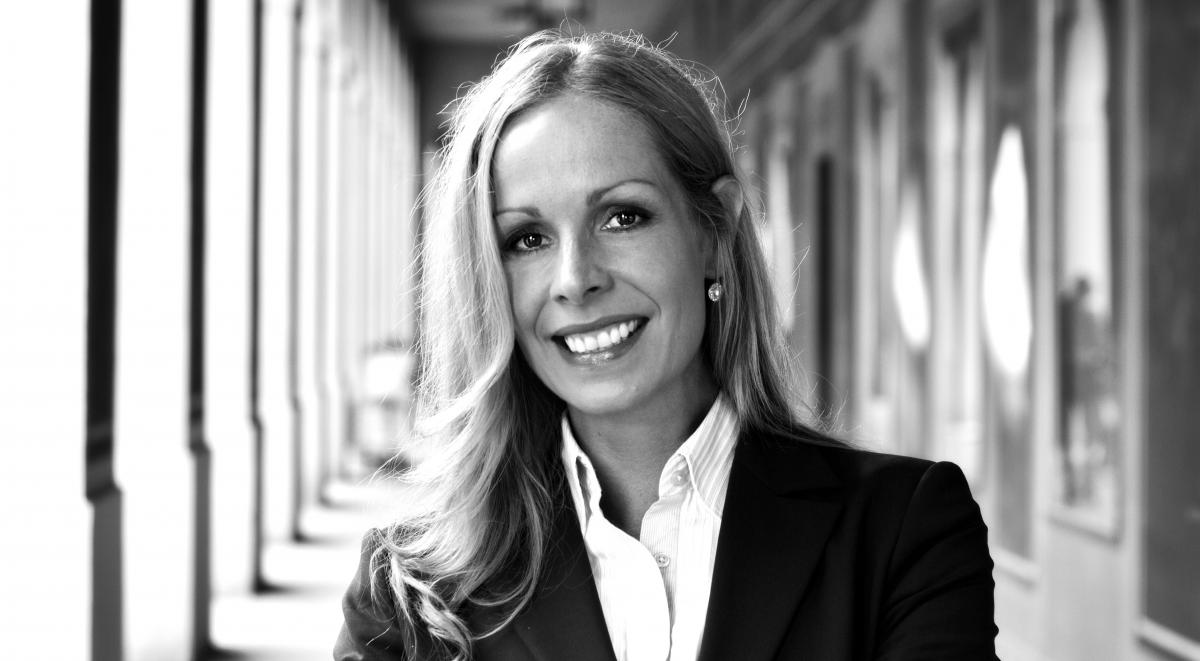 Susanne Bregy managing director and founder of Rhodanus Capital, which connects family offices with impact investment vehicles, agrees family offices are well placed to make bold investment decisions, and says this is particularly prevalent among young next gens who want to shift the focus of the family wealth. “For them it can be different, it’s not about building up a big enterprise and making it big and successful. They want to deal with the money differently and the value they want to add is impact.”

Bregy says there are sustainable and impact investing strategies currently available across most asset classes, however, the more “impact” a strategy has, the more illiquid it tends to be.

In his keynote speech at the GIIN conference in October in London, Cohen said his task force has four focused groups set up to tackle what he considers to be the major obstacles holding back impact investing.

The first group is tasked with establishing a measurement for social impact, something Cohen says is still in its infancy. He says: “If you can measure social performance, you can relate it or correlate it with an actual return. And if you can deliver a financial return you can access the capital markets, that’s the breakthrough thinking.”

The alternative, he explains, is that impact investments are an asset class and feature returns dependent on the success rate of the impact they are trying to achieve, such as decreasing criminal recidivism or increasing the percentage of students graduating among certain groups.

Ragin says this is an area where there is still a large amount of debate in the sector. “At GIIN, we view the practice of impact investing as something that spans a number of asset classes, from cash equivalents to fixed income to private equity or real assets. It really crosses a spectrum of asset classes and crosses the spectrum of return expectations from below market to market rate to superior to market rate.”

He explains, from a tactical point of view, institutional investors often need to be encouraged to make a certain asset allocation to impact investments, in terms of a set percentage of their portfolio or dollar amount. “Those impact investments may be in several asset classes or maybe in one, but it’s the idea of creating a dedicated, focused allocation that would actually provide discipline, resources and systemisation to the process of investing itself.”

Bregy says her advice to family offices tackling this conundrum depends on their priorities. “When it’s an impact first strategy I would put it next to the philanthropic bucket. If it’s a finance first strategy – whatever it is, private equity, hedge funds – it would just be to put it together with the non-impact investment strategies and deal with it in the same way.”

The third group in the G8’s task force will examine the corporate and legal forms that impact investment vehicles might take, and the fourth group is focused on the opportunities for impact investing in international development finance.

King says the task force is part of the same momentum that came with the establishment of Big Society Capital – Britain’s first social investment bank. “That required the same interaction with government to recognise the importance of this stuff, to bring the banks in, to recapture the assets, that was a multi-year process,” King says. “You can really see what’s happened with the G8 as an extension of that.” 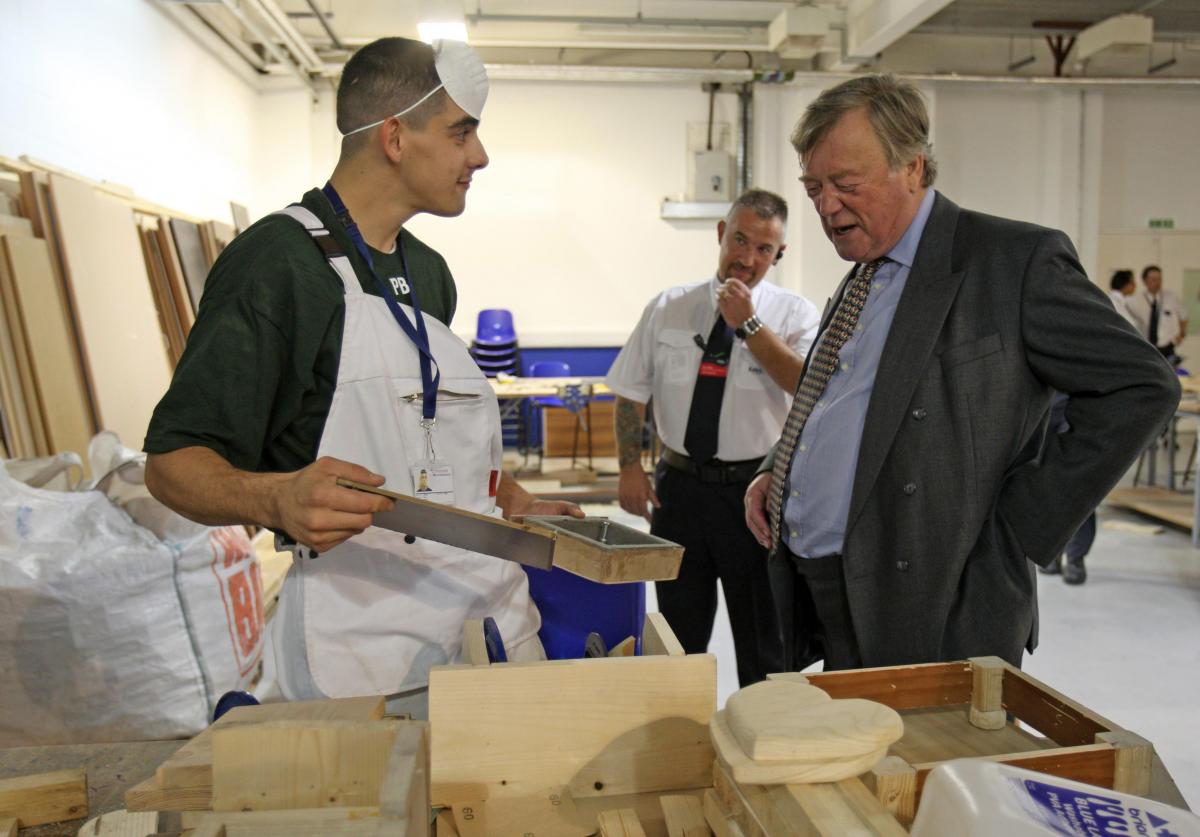 He says the UK has really been leading the charge with impact investing. One of the first social impact bonds was created with the Peterborough Bond, set up in 2010 to fund programmes aimed at reducing recidivism among inmates at the UK prison, HM Prison Peterborough. In June, figures revealed there was a 6% drop in reconvictions among former inmates – compared to a 16% increase in reoffending nationally. (British politician Kenneth Clarke visits HM Prison Peterborough, right.)

Independent of the government, Bridges Ventures invested £17.5 million in The Gym Group – established to provide affordable fitness for Britons (pictured, below left). The impact investment firm sold its majority stake to private equity fund Phoenix Equity Partners in June for a reported £100 million at a 3.7 times investment multiple. 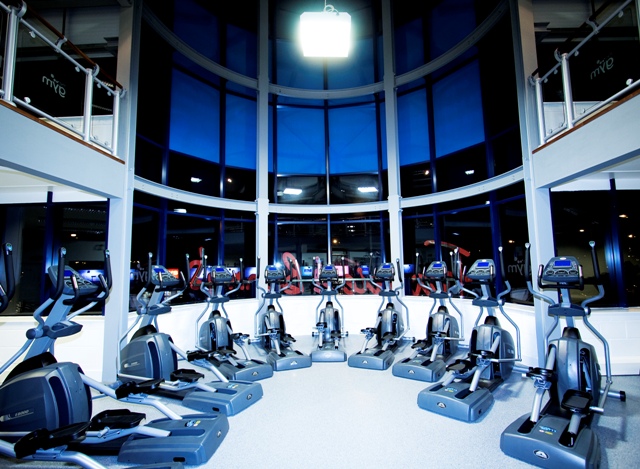 Canada and the US have also been active in impact investment, King says. “But it clearly doesn’t have broad geographic scope yet, and even in those markets it is fairly nascent, it’s still emerging. The G8 is larger than those three, so what one hopes to see coming out of that is the continued broadening of this by geography.” With the recommendations due in September next year, the next step is in the hands of successor presidencies – Russia with the G8 and Australia, one of the task force partners, hosting the G20.

Ruffer Radio: A bias to belief
Which behavioural ‘gig’ do you play in your family business?
FB Roundup: illycaffe, Melia Hotels International, ArcelorMittal
Family offices target venture capital investments in new tech
How to raise your succession game for next-gens in family business