ETFs are changing the way that investment is done, but family offices remain wary of them. Are they missing a trick? For most people, exchange traded funds are all about beta. And since Lehman Brothers vanished in a puff of smoke four years ago beta is what a lot of people have been happy with: protecting wealth has been the name of the game.

But something is happening in the world of ETFs. While some might use them to get exposure to the S&P 500 index or other core benchmarks, more adventurous investors are taking advantage of the new breed of ETFs that are coming on the market, products which give you exposure to Brazilian small-caps, solar energy companies, social networking businesses – you name it.

Increasingly, providers are selling whole portfolios of ETFs, and even ETFs in managed funds that promise to deliver alpha. It’s beta, yes. But not as we know it. ETFs are booming. In the first three quarters of 2012 inflows into ETFs totalled $188 billion (€145 billion), already more than the inflows for the whole of 2011, according to data compiled by ETFGI, an industry research firm.

BlackRock, the world’s biggest provider, said that over $43 billion was sunk into exchange-traded products in September alone, following the Fed’s announcement of further quantitative easing. By the end of September 2012, investors had $1.86 trillion of money in ETFs.

ETFs are increasingly popular, but they are not without their controversies. Some – most vocally fund manager and all-round City of London big cheese Terry Smith – have complained that their tracking methodology can be opaque, that they do not always track the underlying asset accurately, and that there are hidden costs that can reduce gains.

Most of the worries centre on so-called synthetic ETFs, those which do not rely on actually buying the “physical” underlying such as bullion, in the case of gold ETFs, or share in the case of those which track an index or sector, but derive income from swaps or other derivatives, which potentially expose investors to counterparty risk. More conservative investors think synthetic ETFs are just too complex, that they might be fine for those with a fast and loose attitude to risk. So are they too racy for family offices? And are they getting the most out of their ETFs? 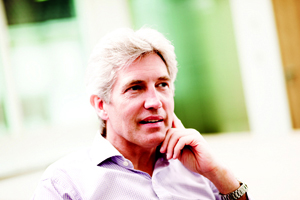 Simon Paul (pictured, right) of London-based multi family office SandAire says they have used ETFs “quite extensively” since the beginning of 2009. “There are also times in the market cycle when it is going to be very difficult for managers to beat the market and the period between March 2009 and pretty much the middle of 2011 you just knew that the market would be driven higher by all the liquidity being pumped into it, and that asset managers were going to struggle to beat it,” he says.

“It is giving you market beta, and it is doing it cheaply. The TERs [total expense ratios] of ETFs are very low, between 10 and 50 basis points.” The liquidity of the big ETFs is also an attraction. “The SPDR [Standard & Poor’s Depositary Receipts] ETFs on the S&P 500 are very liquid, so you can move in and out of them in considerable size and get instant exposure to the market or reduce that exposure,” Paul adds. “In terms of tactical trading tools, they are very effective.”

Tom Jelinek, an investment manager at multi family office MaxCap Partners, says: “We use ETFs if we deem them to be the most efficient means of gaining exposure to a specific market, typically when we feel a country or sector is due to rally for technical or sentiment reasons.” The low cost and broad exposures mean MaxCap prefers to use an ETF than expose itself to manager risk. “In this sense, we see their value as an asset allocation tool,” says Jelinek. MaxCap recently used ETFs to go long on the MDAX, the German stock market index, and gold.

But, predictably, family offices are cautious about ETFs. “We would tend to avoid complex synthetic and derivative-based ETFs,” says Jelinek. “Aside from the hidden costs of swaps, for example, there can be considerable and invisible counterparty risk if positions aren’t fully collateralised. Another concern could be complexity. We think investors often get lulled into a false sense of security and people don’t always understand what they are getting into.” An example, he says, was seen in 2008 when people bought volatility ETFs, but didn’t realise they were buying forward-looking measures of volatility that had already priced in all the extra fear in the markets.

SandAire’s Paul echoes the cautious sentiment: “The only ones that we would use are those that are physically backed rather than those that are synthetic. This is because we don’t properly understand the pricing of the synthetics, and you are reliant on the robustness of the balance sheet of the investment bank that has created them.” Neither would use short ETFs, they say.

Some even steer clear of ETFs altogether. Charles Lowenhaupt (pictured, left), chairman and chief executive of Lowenhaupt Global Advisors, an American law firm that advises single family offices, says: “The family offices we advise do not regularly use ETFs. One of the two core functions of any single family office is due diligence. As financially manufactured products, ETFs require considerable due diligence beyond what a family office does well. In my experience even some of the large ‘passive investment managers’ overlook due diligence when it comes to ETFs. Issues of custody and counterparty exposure need to be considered even before the investor considers the risk of the asset class and the selection of indices.”

He adds: “I am hearing that large institutions and institutional consultants are not generally using ETFs now. Have we forgotten the auction rate securities debacle where private investors (and some families of great wealth) found themselves without the liquidity they thought they had and without the institutional customers they were promised? They learned there that ‘just like cash’ liquidity requires purchasers.”

But is all this reticence about ETFs justified? The industry says not. ETFs are well regulated, points out Neil Jamieson, head of UK at ETF Securities, an ETF provider. In the case of synthetic ETFs, the rules around the collateral that has to be posted to offset the counterparty risk are tightly defined. In any case, Jamieson says, the brouhaha about counterparty risk in synthetic ETFs is overstated.

If a family office is investing in physical ETFs where the ETF is lending out stock and taking collateral in return, Jamieson points out, then as a matter of principle, the family office should have no problem with a synthetic structure tracking the same index. “There is counterparty risk in both, and the synthetic may offer advantages over the physical, for example, lower costs and better tracking. Assuming this is the case, there may be good reasons to choose a synthetic over a physical option,” he says. 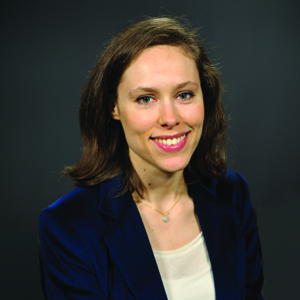 Dislike of synthetics is an Anglo-Saxon quirk, says Hortense Bioy (pictured, right), senior ETF analyst at Morningstar, which came about for historical reasons. In general, she says, investors have more of an issue with synthetic ETFs in the UK than on the continent. This could be due to the fact that iShares, which favours physical replication, is the dominant player in the UK. Lyxor and db X-trackers, the market leaders in France and Germany, have traded in synthetics for a decade and half a decade respectively, and investors are generally more comfortable with them. “Sometimes the best way to access certain markets is through synthetic replication,” she says.

Whatever your view on synthetics, the big question about ETFs is whether their popularity will continue. At the moment four providers have more than 88% of the market, and 200 smaller ones share the rest. But Charles Schwab and Pimco are fast entering the market, and a price war is brewing, with prices starting to fall. Retail investors are the target market, and providers are beginning to offer not just single ETFs but whole portfolios of them, a trend that Bioy thinks will be big news.

But will institutional investors stay true to ETFs? Their boom has coincided with a period of risk aversion, when many people have chased beta. That, of course, is exactly what ETFs are designed to give you. So as economies improve and investors go back to chasing outperformance, will they go back to stock picking, and abandon ETFs, which might be seen as a blunt instrument? Perhaps not.

Matt Hougan, president of San Francisco-based research firm ETF Analytics, thinks that: “ETFs have fundamentally changed investing by moving people away from single stock strategies and towards macro-driven approaches.” Vehicles such as mutual funds are “old technology”, like wireline telephone, “but most of us have moved to cell phones and VoIP [Voice over Internet Protocol]”.

He adds: “The growth of ETFs is driven by investors using them to execute strategic and tactical strategies at the asset class level. It’s not driven by long/short funds or volatility-overlay strategies based on the latest academic research out of New York University or Harvard.” And this, he thinks, is the future of investing.

ETFs needn’t be seen as defensive, passive instruments. True, most inflows are into ETFs tracking core benchmarks such as S&P 500, or American mortgage-backed bonds. But increasingly investors are using ETFs to dip in and out of the market cheaply and quickly. Smaller operators such as Van Eck, which offer niche products, are also worth watching. Matt Hougan quotes BlackRock’s chief executive Larry Fink: “Beta is the new alpha”. Maybe he’s right. But beta isn’t what it used to be.