A great entrepreneurial idea was behind most, if not all, family businesses. But are families failing to encourage entrepreneurship later down the line – and what will this mean for their future? Not long after Masakazu Kongo took over construction business Kongo Gumi, he disclosed the secret to the family business’s centuries of success. It was simple, he said in a 2003 interview. The family concentrated almost solely on its core business of building temples – which had worked out well for the Japanese firm for more than 1,000 years.

Fast forward a few years, and things weren’t as bright. The company had too much debt, amassed during the 1980s bubble economy in Japan, and as demand for temple-building services dropped, the company’s revenues fell sharply. It struggled to innovate to meet a changing marketplace, and wasn’t able to service its debt. The business folded in early 2006.

It’s a fate many family businesses face if entrepreneurship and innovation are neglected, reckons Babson College’s Matt Allen, who is also research director of the Successful Transgenerational Entrepreneurship Practices programme – a global project looking at business families. One great idea might sustain a company for 10 years or even 1,000, but eventually something will happen – whether it is changing markets or technology or something else – that will be the death knell for any business that’s neglected entrepreneurship, reckons Allen.

“Family businesses tend to be myopic in the way they view the world – they are really good at doing whatever they do, but they may not be innovative within a particular enterprise because of the history or culture,” he says. Of course, there are many examples of entrepreneurial business families, he adds. And as shown in a recent PwC study of 2,000 family-controlled firms, most believe they are innovative – 63% of respondents said family companies were more entrepreneurial than others. This might well be true – but with Professor John Ward’s often-cited research showing just 3% of family firms survive beyond the fourth generation, it seems something is going wrong along the way.

Some might blame the business or sector, but it might be worth looking a bit closer at the family. “The ability to be entrepreneurial within the family business context depends quite a bit on the family itself, maybe even more so than the business,” says Allen.

Ann Dugan, fourth-gen of a US lumber business and founder of the University of Pittsburgh’s Institute for Entrepreneurial Excellence (pictured, right), agrees. She reckons there are two types of business families: the ones that remember their entrepreneurial roots and really encourage innovation, and those that have a “maintenance kind of culture” – where the focus is on taking care of the business and the family as it is. “I think of that kind of culture as the bureaucratic culture – it’s just about crossing the Ts and dotting the Is.” And, she says, it is “deadly to entrepreneurship”.

In an ideal situation, each generation should put their own stamp on the company. “When the business is transferred to a new generation, new leadership and new ideas come in, which often leads to different focus areas and innovations,” says Richard Bruens, ABN Amro Private Banking’s global head of private wealth management. But in some cases, next-gens aren’t encouraged. Allen tells the story of a student who was, as part of a class project, tasked with coming up with a business idea for her family firm. Her father’s response was overwhelmingly negative – he told her it was his company and she could do what she liked when he was dead, but not until then. Other matriarchs and patriarchs might not be so possessive of the firm, but other issues influence their behaviour. Caught up with concerns their children will be spoilt (and not bother working) or entitled (and assume an automatic right to the business), or simply because they don’t want to push next-gens to do anything in particular, encouraging entrepreneurship takes a backseat, says Dugan.

It doesn’t help that owners are regularly advised to encourage next-gens to take the professional route – a university education, followed by the mandatory two years’ outside work experience. “When I talk to parents, they usually ask questions about how long their son or daughter should go out to work and what kind of experience they need before joining the family business,” says Allen. This might be more beneficial than going straight into the family firm, but it rarely gives next-gens a chance to be entrepreneurial.

There is an argument that innovative people can be hired, but Dugan says it isn’t that simple. “There are lots of innovations out there that never become reality, because you need the entrepreneur or the entrepreneurship activity to make it a reality.” Second-gen Gary Martin, whose family owns the Martin Group, adds: “What a business needs to take it to the next level isn’t another manager, which they can bring in. It’s someone who is part of the business but also has a flair for creating things and building things and making them a reality.”

Still the professional route remains most popular with owners, as a recent CampdenFB.com poll shows. Asked what they’d like their children to do once finished their initial education, 53% choose outside work experience. Second was a professional qualification (20%), followed by starting at the bottom of the family business and working their way up (18%). Just 9% wanted their children to set up their own firm.

Martin – who made his first million by 17 – reckons family heads are leaving themselves open to future problems by taking this stand. “It’s only through going through the pain of setting up your own business – and the dark nights of thinking ‘what am I doing, how do I get it through to the next stage’ – that you learn the lessons you need. It strengthens you up so you can deal with anything and helps you become creative and innovative.”

The 24-year-old spent his teenage years running small ventures, before taking inspiration from the family’s construction and property business. Aged 16, he placed an ad – “Gary buys houses” – in the local newspaper’s classified section, and bought his first property for £46,000. His family offered advice, not money, he says. “But they co-signed for a loan – and I sold the house on for £86,000 about three weeks later.” 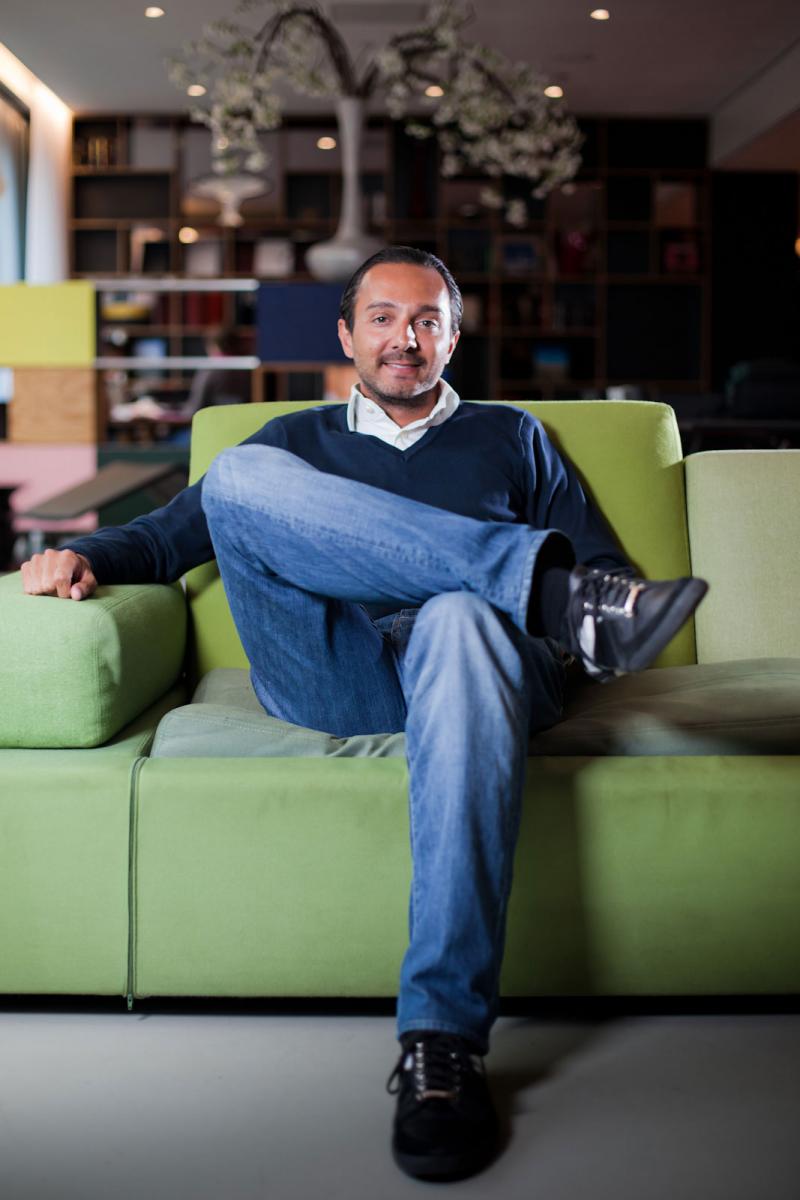 Another next-gen inspired by his family was Robin Chadha (pictured, left). His father founded clothing retailer Mexx and later sold it to Liz Claiborne, now Fifth & Pacific. “I grew up in a very entrepreneurial environment, watching my father grow his business,” he says. After stints at the New York Stock Exchange, Tommy Hilfiger and Mexx, he set up a restaurant, bar and club, called Rain, in Amsterdam in 2005. This was sold in 2007, as Chadha’s focused on high-end, high-tech hotel chain CitizenM, which he co-founded with his father. The 35-year-old says: “The best advice I would give is try to start the conversation about involvement in the family business, sooner rather than later.” But, he adds, don’t feel obliged to join the family business too early. 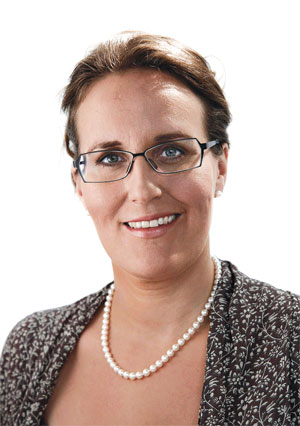 Next-gen Anne Kirstine Riemann (pictured, right) has been behind big changes at the family firm, Danish company Riemann. She has overseen strong growth at the sun cream and antiperspirant manufacturer since taking the helm in 2002. But, she says, she had “no choice” when it came to joining the family firm – her father always assumed she would. Still, she adds: “I know that entrepreneurship is part of who I am, very much because of how I was raised. If I ever sold the company, I couldn’t work for someone else. I’d start a new business in order to be my own boss.”

A 2012 international study of 90,000 students by Ernst & Young and the University of St Gallen found a family business background was an advantage when it came to entrepreneurship. Over a quarter of those from family firms cited their relatives as a source of business ideas, compared to just 14.2% of those who didn’t come from a business family.

Those from family firms were also much more likely to say they had access to resources to start their own venture. And it wasn’t just cash that next-gens cited, but also business expertise, contacts, industry knowledge and physical resources. This is particularly the case in emerging markets, reckons Insead’s Xiaowei Rose Luo, although cash is also important here. “Entrepreneurs draw more from the family resources in emerging markets and Asia, compared to those in mature markets, partly because of the weaker markets, such as the weak venture capital industry, and the lack of contract enforcement,” she says.

The reality for any business neglecting entrepreneurship – especially in next-gens – doesn’t look good. “If you look at the opportunities that come with new times – open borders, technology, etc – the new generation has advantages that the old one hasn’t and that could put a company on a new track,” says Johan Andresen, owner of Ferd. Martin agrees. He now works with his father and brothers in the Martin Group – whose interests include property management, construction, manufacturing and, most recently, online retail. “My dad wouldn’t be doing the online stuff if we weren’t here. He’d be doing well – but doing what he’s always done. And the growth for us is in e-commerce, new locations and the like.”

Families, he says, should look at their firms and see how they can do “different things” within them. “The business environment is changing so much – the rules are all different now. And I genuinely think that if families who have businesses don’t step up and start to do something different, then they won’t be here for much longer.”

Read our tips for nurturing entrepreneurship