The continent’s leading family office conference was held for the first time in the historic Merchant Taylors’ Hall, near the Bank of England in the City of London on 1-2 November, 2017. The packed two-day programme benefited more than 100 individual families, including members of European royalty. There were more than 110 family office principals and senior executives in the audience and 50% represented true single family offices, dedicated to one family and one pool of wealth. 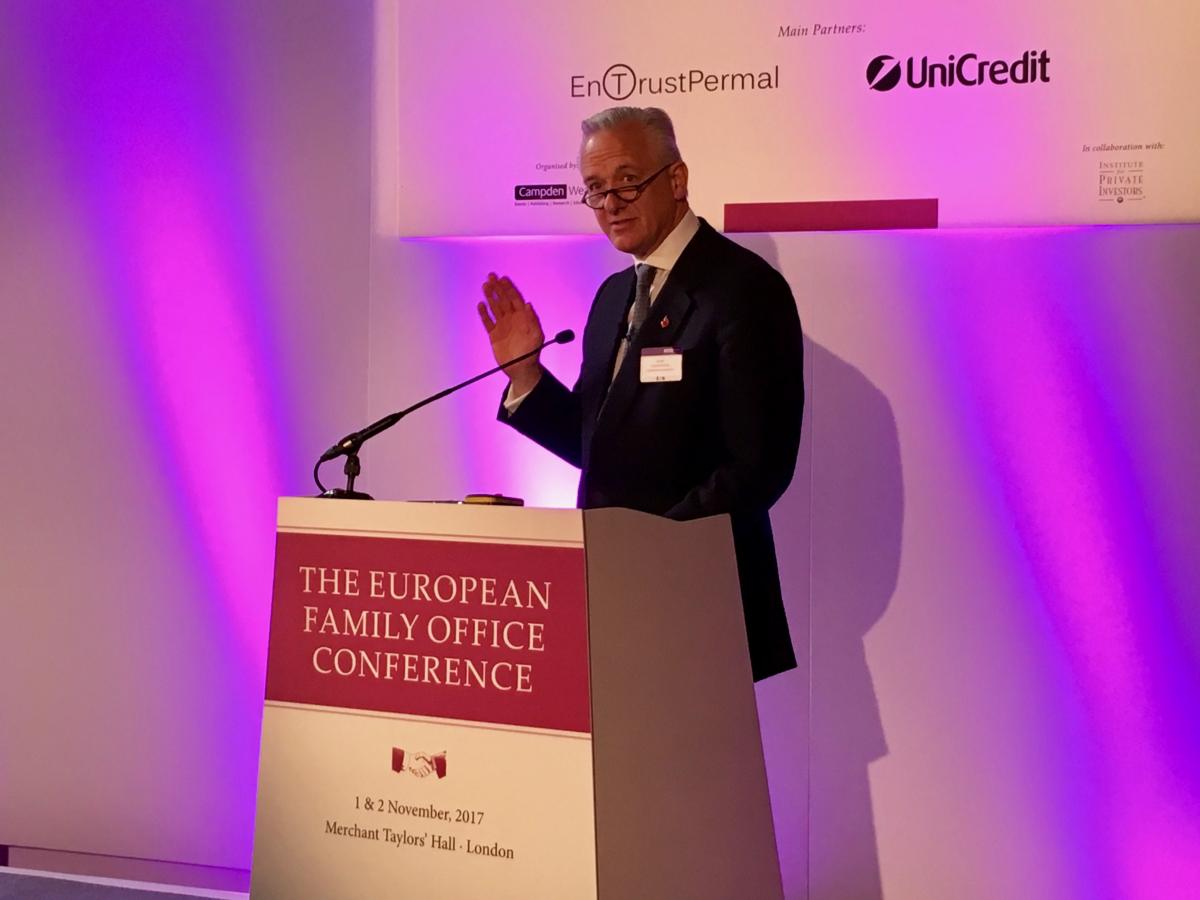 Occasions when families presented their stories to families were highlights, according to submitted “overwhelmingly positive” feedback surveys, which have been studied by the Campden Wealth Conferences team. A panel that featured not one but four generations of a family on stage, each offering their perspectives on the issues which affected them directly, was especially well received.

“Matthieu gave insight into how he has very much put his own stamp on the company’s values and direction,” Newton said. 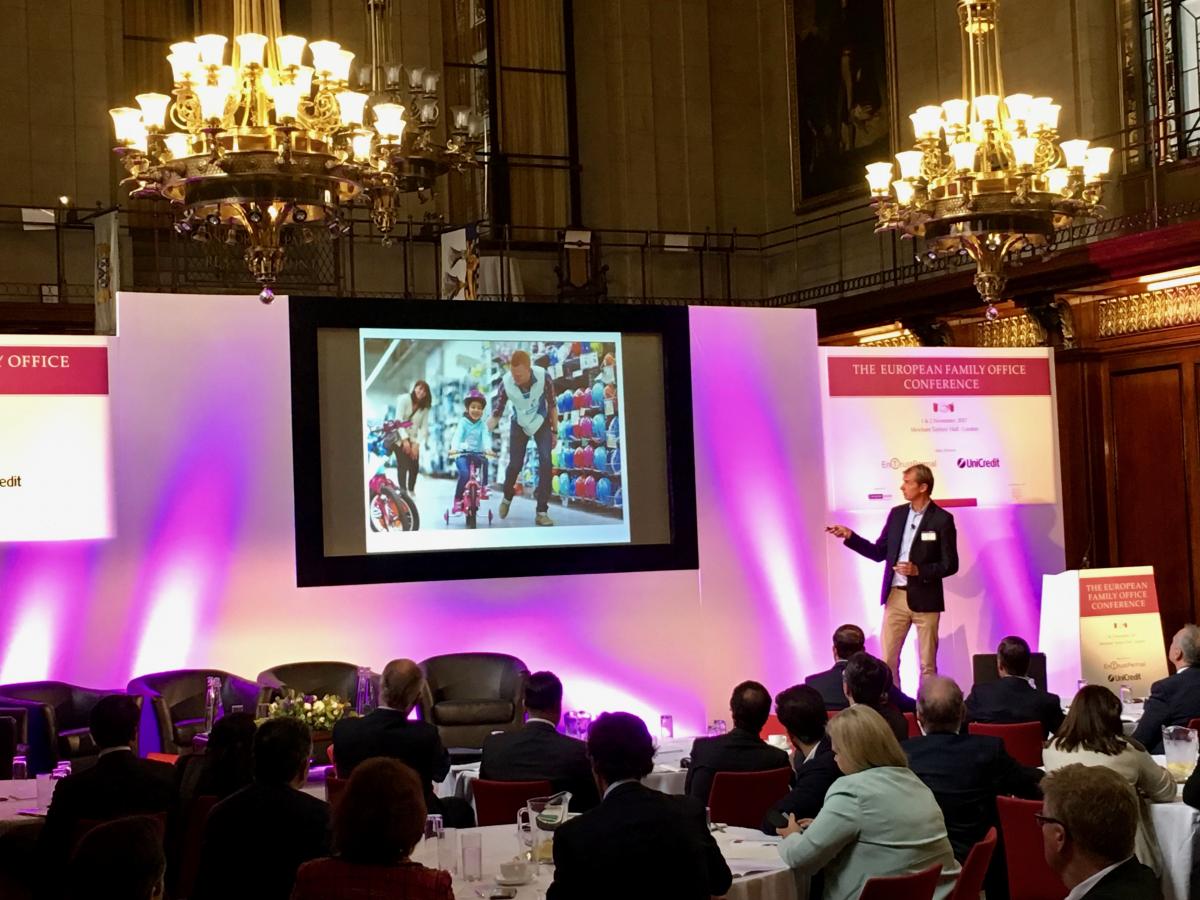 “This was a story of a family business being re-energised by true entrepreneurial spirit of a new generation coming into the organisation and these lessons being passed onto the family office also.”

Philip Aminoff, Finnish chairman of Helectron, parent company of audio-visual company Electrosonic, gave a popular speech which looked at the evolving purpose of the family office.

“Here was another story of a business-owning family with many different subdivisions, a family office and an “owners office” and Philip spoke about how they have structured their organisation in such a way that they are able to keep both the family and business together for generations to come” Newton said.

Jamie Cayzer-Colvin, executive director of the UK based Caledonia Investments, returned as conference chairman. Cayzer-Colvin shared many professional and personal insights, and added “a unique personal touch to discussions, bringing the conversation back to the family unit at the heart of the matter” Newton said.

Networking during coffee breaks, lunches, break-out sessions, private dinners and the exclusive evening reception in the magnificent St Paul’s Cathedral allowed families to get to know each other and share best practices.

“We cover many different areas affecting the family office within this conference,” Newton added.

“From a macroeconomic focus to investment, governance and legacy the programme forms a narrative throughout —in-depth investment office orientated issues on day one; softer family-orientated issues like divorce, conflict, health, psychology, communication, on day two. There were two very different days in feel but our audience really enjoyed that.” 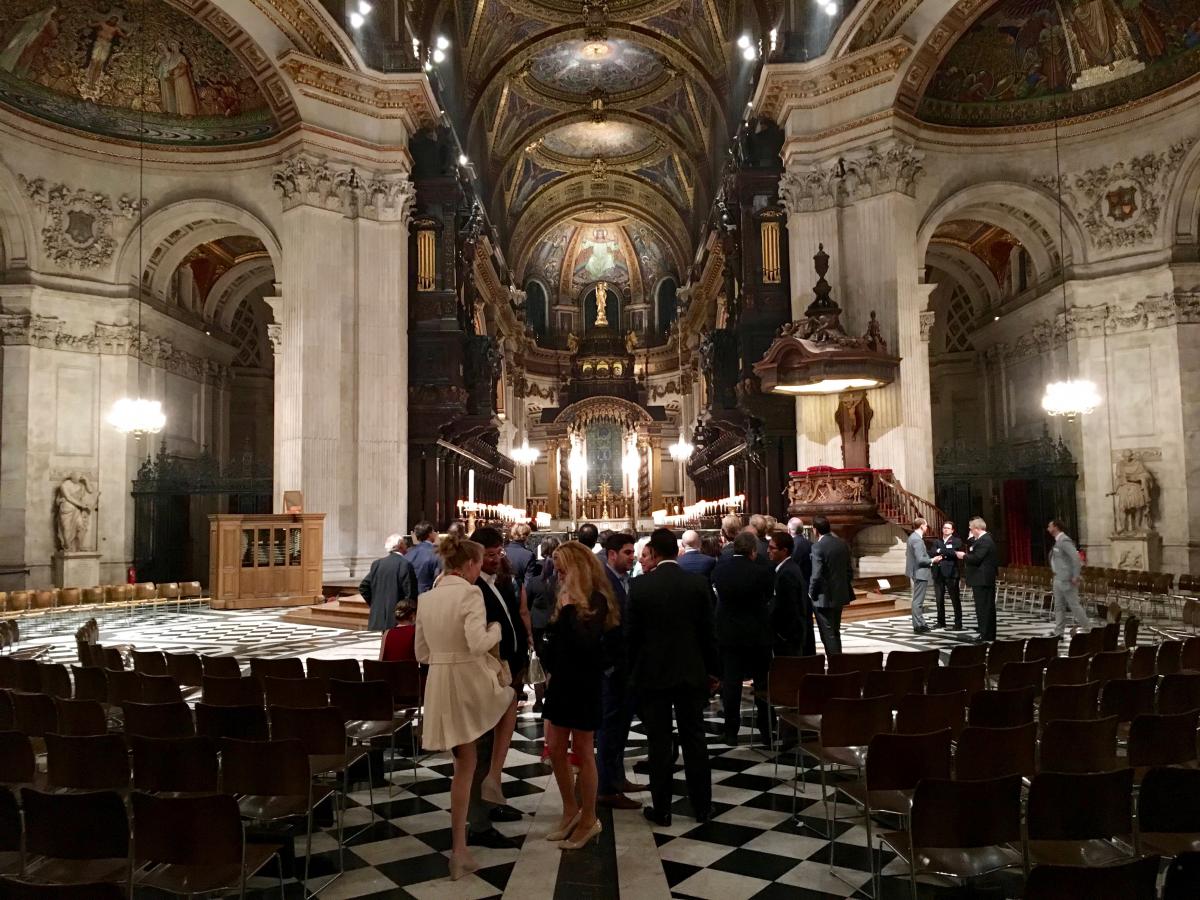 The Campden Wealth events team is already planning the next European Family Office Conference and feedback from this year’s delegates will inform their approach. Save the dates and register early for the milestone 20th edition on 6-7 November, 2018.

“We are constantly evolving our events to the needs of the family, each edition is not simply a standalone event, but part of a series building on current themes, opportunities and challenges.” Newton said.

“We adapted this year’s event with a pre-event expedition, a site visit to Highclere Stud and rounded off proceedings with a post-event, a boardroom strategy masterclass – this can now be considered to be our Family Office Week and that’s something we want to celebrate for the 20th edition next year.”

For more inquiries and information on the next European Family Office Conference in 2018, email peternewton@campdenwealth.com.