Leslie Wexner distances himself from Jeffrey Epstein after criticism

Leslie Wexner, founder of US fashion retailer L Brands, has broken his silence about his association with financier Jeffery Epstein, who has been arrested on charges related to the sex-trafficking of minors.

Last week, Epstein was charged in New York with two federal counts related to the sex-trafficking of minors, to which he pleaded not guilty. If convicted, he faces up to 45 years in prison.

In a letter to employees, Wexner said he was not aware of his former money manager’s alleged sex trafficking activity and that he had cut ties with him “nearly 12 years ago”.

“When Mr. Epstein was my personal money manager, he was involved in many aspects of my financial life, but let me assure you that I was NEVER aware of the illegal activity charged in the indictment,” Wexner said in the letter.

Wexner employed Epstein mainly as his money manager back in the late 1980s, but allowed Epstein to take an active role in his retail companies, his family foundation and personal life during their 20 year relationship.

Since the arrest, Wexner has been under pressure to respond to the growing criticism about the nature of his relationship with Epstein.

Wexner is the founder and chief executive of American fashion retailer L Brands. Its flagship brands include Victoria’s Secret and Bath and Body Works. It posted $12.63 billion in revenue in 2017. He is an active philanthropist and founded Wexner Foundation whose goal is to strengthen the field of Jewish leadership. 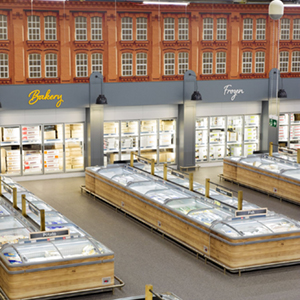 Irish food wholesaler and 2018 European Families in Business award winner Musgrave Group has invested €2.6 million ($2.9 million) in two of its Musgrave Marketplace supermarket branches as part of ongoing moves to upgrade its network and lower its carbon footprint.

This latest investment follows the upgrade of Musgrave Marketplace branches in Dublin’s Ballymun and Robinhood, Cork and Duncrue in Belfast.

“Our €2.6 million in Galway and Derry is the next step on this journey and forms part of our €12.6 million ($14.13 million) investment in our branch network.”

All upgraded branches have been designed to save energy and reduce carbon emissions and Musgrave Group estimates its Galway branch will reduce its CO2 output by 82,000kg per annum—equivalent to the annual electricity required to run 50 homes.

As part of the group’s pledge to reduce food waste, Musgrave Marketplace Galway has also joined forces with social enterprise company FoodCloud, which will see surplus food go to charity.

Musgrave Group is an Irish wholesaler founded in Cork by Tomas and Stuart Musgrave in 1876 and is still owned by the Musgrave family, with Chris Musgrave as vice chairman. Last year, the group won CampdenFB’s Top Family Business Award in Madrid. In the 12 months ended December 2018, its turnover grew 3.8% to €3.9 billion and net assets grew to €140 million. 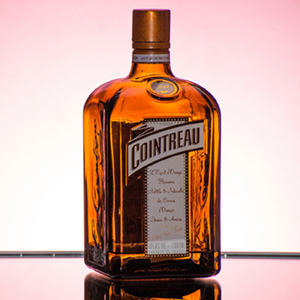 Family-owned French spirits group Remy Cointreau is on the hunt for a new chief executive after announcing Valerie Chapoulaud-Floquet will step down from the role by the end of the year.

The spirits maker, whose brands include Remy Martin cognac, Cointreau, St Remy brandy and Botanist gin, said Chapoulaud-Floquet's decision to step down was for personal reasons.

“It is with great emotion that I will leave the Remy Cointreau Group at the end of the year, once the torch has passed to my successor,” Chapoulaud-Floquet said in a joint statement with Remy Cointreau.

“I will be leaving serenely, since the results, foundations, teams and strategic vision allow the group to face the future with optimism, ambition and success.”

Chapoulaud-Floquet, a former Louis Vuitton and L’Oreal group executive, was appointed chief executive in 2014. At the time, Remy Cointreau was struggling to combat a cognac sale slowdown in China instigated by the Chinese government’s anti-extravagance policy and a net profit drop of 52%.

During her tenure, she pushed the company towards higher-end spirits, focusing on selling spirits priced at $50 or more a bottle.

Remy Cointreau is owned and controlled by the French Heriard Dubreuil family, who have run the Remy Martin cognac house for more than 90 years. The family merged with liqueur distillery Cointreau to become Rémy Cointreau in 1990, and is now controlled through the family’s holding company Andromede.