China’s second wealthiest man will sell some of his multi-billion dollar property portfolio to a competitor, as a means of paying down debt.

The announcement of the sale comes following reports the Chinese government was investigating the company’s debt burden, amid fears the amount owned by massive conglomerates poses a risk to the country’s banks and wider economy.

Wanda and Sunac said in a joint statement the tourism projects – mini-cities comprising hotels, theme parks, other entertainment and shopping – would continue to be operated by Wanda and retain its name.

Jianlin’s son Wang Sicong is also a director at the group, which posted revenue of $37.5 billion in 2016, with assets worth more than $117 billion. Jianlin founded the conglomerate in 1988 and said this year he was unsure his son would want to take over the reins of the family business, suggesting he was considering bringing in non-family management.

Danone sells its US dairy business to competitor

Danone will sell one of its flagship yoghurt brands to fellow French dairy giant Lactalis for $875 million, as a way of aiding its expansion into healthy and high-end foods. 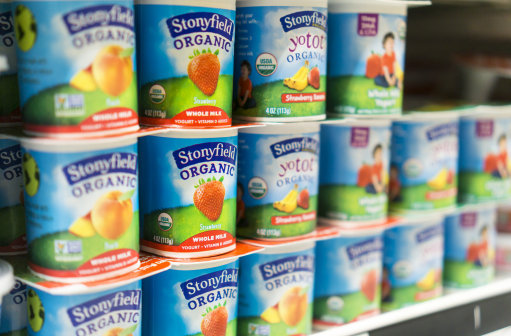 Danone, led by second generation chair Franck Riboud, needs to sell some of its US assets after the Department of Justice raised concerns about competition. Danone is in the process of acquiring WhiteWave, a US health food company, for $12.5 billion.

Lactalis is under the control of the third generation of the Besnier family. It is the second-largest dairy company in the world with annual revenues of €17 billion (19.4 billion) and is renowned for President and Galbani cheeses however, it has a relatively small share of the yoghurt market.

Stonyfield is a New Hampshire-based organic yoghurt brand with a cult following in the US. Its turnover was just over $400 million in 2016.

US arts and crafts retailer Hobby Lobby has been fined $3 million, after it was revealed the company smuggled thousands of Iraqi artefacts.

The Oklahoma City-based company has agreed to forfeit the 5,500 artefacts it purchased for $1.6 million in 2010, describing the circumstances surrounding their import as a “regrettable mistake”.

US prosecutors said the sale was “fraught with red flags” and alleged the shipment was mislabelled. Importing Iraqi cultural property to the US is restricted, as all artefacts found there are considered property of the Iraqi Government.

In 2009, Hobby Lobby began acquiring a variety of historical Bibles and other artefacts. Developing a collection of historically and religiously important objects about the Bible is consistent with the company’s mission and passion for the Bible.

The company became a household name in 2010 when it applied to be exempt for providing insurance for certain types of contraception for its employees, on religious grounds.

The 1972-founded company is controlled by the first and second generations of the Green family, with 2016 revenue of $4 billion.