Walmart is disappointed with festive consumer spending and Asda but online sales up 35%, JCB cuts UK production as the coronavirus hits Chinese suppliers, and fifth-generation US newspaper dynasty McClatchy Co files for bankruptcy. Walmart disappointed with festive consumer spending and Asda but online sales up 35%.

Walmart, the world’s biggest family business with $524 billion in revenue and an economic bellwether, says holiday sales were weaker than anticipated despite online sales jumping 35% in the fiscal year.

Net sales at Walmart International were $33 billion for the fourth quarter, a slightly healthier increase of 2.3%, but disruption caused by anti-government protests in Chile hit operating income by $110 million.

Walmart said it was concerned about Brexit in the UK. Net sales in its UK subsidiary Asda decreased 1.3% as “consumer spending remained subdued in a challenging environment.” Walmart may consider listing or even selling the UK’s third largest supermarket chain, which it acquired for £6.7 billion ($8.6 billion) in 1999. A cost-cutting merger with rival Sainsbury’s was vetoed by UK regulators in 2019.

However, international net sales for the fiscal 2020 increased 2.8% with strength in Mexico, India and China. Net sales increased 5.4% in China and online sales grew by more than 100%. Walmart said it was not assuming any potential financial effects from the coronavirus outbreak for the fiscal 2021 ahead.

Samuel Robson “Rob” Walton (pictured), son of Walmart founder Sam Walton and worth $52.9 billion, served as Walmart’s chairman from 1992 until Gregory Penner was elected the first non-family chair in 2015. Rob Walton remains a board member alongside third generation Steuart Walton, 38, who is involved in the eCommerce, governance and operations of his family’s enterprises.

Bamford family-controlled manufacturer JCB will cut production at its UK factories due to component shortages from Chinese suppliers impacted by the coronavirus outbreak.

The China-related move was “absolutely necessary” to protect the business and its skill base. It will mean a shorter 34-hour working week for 4,000 JCB and agency shop floor employees this week and an immediate suspension of overtime. In discussions with the GMB union, JCB employees will be paid for a 39-hour week and bank the hours, working them back later in the year.

“These measures will ensure that, while we will produce machines in lower than anticipated numbers, we will do so with the same number of employees, whose skills we will need to fulfil customers’ orders when the situation returns to normal,” Mark Turner, chief operating officer, said.

A quarter of JCB’s suppliers in China remained closed and those which have reopened were working at reduced capacity and struggling to make shipments.

JCB, chaired by the second-generation Lord Bamford (pictured), is the latest family business to manage the effects of the coronavirus on China, along with the Arnault-owned French luxury conglomerate LVMH and the Swire family-controlled airline Cathay Pacific. At least five million businesses worldwide have suppliers in the Chinese provinces impacted by the virus, according to data analytics firm Dun & Bradstreet. 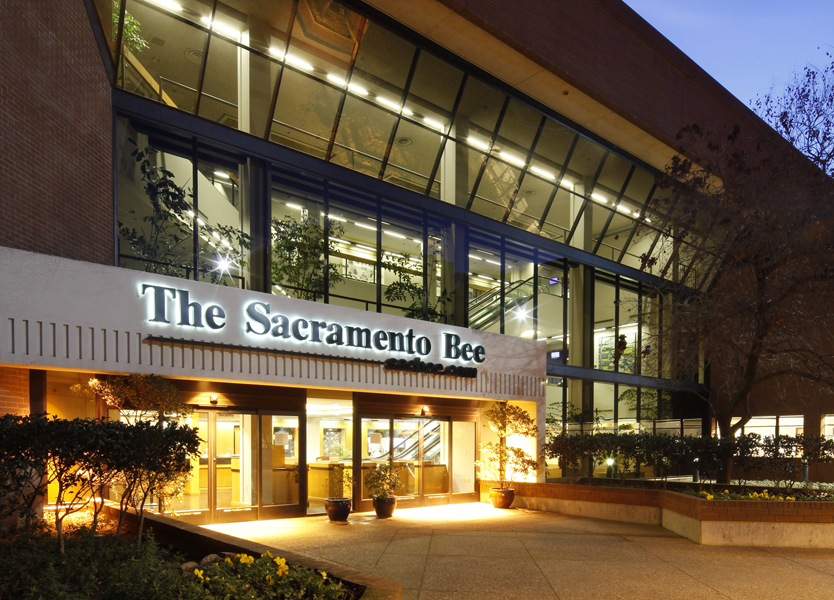 The family-controlled McClatchy Co has filed for bankruptcy only 14 years after it became the second largest newspaper publisher in the United States in a $4.5 billion acquisition.

The family principal of the multi-Pulitzer Prize-winning company, which includes the Miami Herald, The Kansas City Star, The Charlotte Observer, theFort Worth Star-Telegram in Texas and its flagship The Sacramento Bee vowed to stay in business during the restructuring.

McClatchy reduced its operating expenses by $187 million, or 23%, over the past three years in the effort to stabilise its operating cash flow against industry headwinds that have battered newspaper advertising revenues. The company paid off $153.5 million in debt in that time while also focusing remaining resources on its digital transformation and journalism—earning two Pulitzer Prizes and many other awards, including the Miami Herald’s coverage of the Jeffrey Epstein scandal.

“McClatchy remains a strong operating company with an enduring commitment to independent journalism that spans five generations of my family,'' Kevin McClatchy, 57, chairman and great-great grandson of the founder James McClatchy, said.

“This restructuring is a necessary and positive step forward for the business, and the entire board of directors has made great efforts to ensure the company is able to operate as usual throughout this process.”

Irish-born James McClatchy helped launch the company’s first newspaper The Daily Bee—later renamed The Sacramento Bee—in 1857 in the wake of the California Gold Rush. Sons Charles and Valentine inherited the progressive paper upon their father’s death in 1883 and ushered in a century of growth through acquisitions, now reaching 30 markets and 65 million readers. The purchase of the family-owned Knight Ridder and its 32 newspapers for $4.5 billion in 2006 made McClatchy the second largest newspaper publisher in the US.

“Back then, shares of their company traded above $700. On Monday [10 February] they traded below a dollar.”