The Hong Kong Securities and Futures Commission (SFC) said it had fined SFM HK$1.5 million ($192,000) for a trade involving a bonus share issue of Great Wall Motor in 2015.

“The SFC considers that SFM not only failed to act with due skill, care and diligently supervise its staff members and implement adequate and effective systems and controls to ensure compliance with the short selling requirements,” it said.

Great Wall announced its proposed bonus issue of shares in August 2015. SFM HK Management, SFM’s local unit, was alerted that it was entitled to 1.6 million bonus shares as a result of the funds pre-existing holding of 808,000 shares.

Due to human error, the family office’s trade support team booked the 1.6 million shares to its trading system without separating them into a restricted account, as required by SFM’s internal policy.

In October 2015, one of the fund’s managers placed an order to sell 2.42 million Great Wall shares on behalf of the fund. The disposal caused the fund to become short by 1.62 million share in Great Wall.

George Soros is a self-made billionaire and hedge fund tycoon worth an estimated $8.3 billion, according to Forbes. His son Robert Soros is the deputy chairman and president of the Soros family office, Soros Fund Management, which deals with international investments. 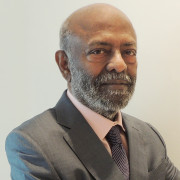 Indian software services firm HCL Technologies, founded by billionaire Shiv Nadar (pictured), has announced it will buy some software platforms from IBM for $1.8 billion in an all-cash deal.

Last week, HCL Technologies said it will buy seven software platforms from US-based IBM, giving it a larger clientele and allowing it to step up its presence in areas such as commerce, security and marketing.

“We see great opportunities in the market to enhance our mode-3 (products and platforms) offerings,” it said.

“The products being acquired are in large growing market areas like security, marketing and commerce which are strategic segments for us.”

The software products represent an addressable market of over $50 billion and include Appscan for secure application development, BigFix for secure device management, Unica for marketing automation, Commerce for omni-channel eCommerce, Portal for digital experience, Notes and Domino for email and low-code rapid application development and Connections for workstream collaboration.

Both the firms have an ongoing intellectual property partnership for five of these products.

Shiv Nadar is a self-made billionaire industrialist and philanthropist worth an estimated $13.3 billion, according to Forbes. He is the founder and chairman of HCL Corporation and the Shiv Nadar Foundation. His only daughter, Roshni Nadar Malhotra, is the executive director and chief executive of HCL Corporation and vice chairperson of HCL Technologies and is a trustee of the Shiv Nadar Foundation. 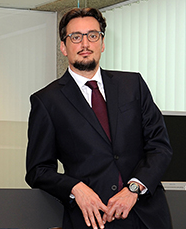 Citing “two sources close to the matter”, the news agency said the Italian group is working on a possible deal with Rothschild as advisers that could be worth more than $2 billion.

Following a strategic review in August, prompted by the company reporting a huge third-quarter loss and chief executive Denise Morrison stepping down, Campbell said it would sell off its international and chilled food units.

Campbell’s international biscuits and snacks operating segment also includes Kelsen Group, along with the company’s manufacturing operations in Indonesia, Malaysia and its businesses in Hong Kong and Japan.

Last month, the company said the units that had be put up for sale had attracted strong interest from potential buyers.

Ferrero, which also makes Kinder brand chocolates and Tic Tac, has made a number of large-scale acquisitions in the US in the past 14 months. In October 2017, it bought the Ferrera Candy Company and in January 2018, it paid $2.91 billion to acquire brands Butterfinger and Raisenets.

Ferrero SpA is a third generation private company founded in 1946 by Pietro Ferrero. The company’s chief executive, Giovanni Ferrero (pictured), estimated to be worth $20.5 billion by Forbes, is the son of Michele Ferrero, who turned the family’s confections business into a global giant. It posted annual revenue of €10.5 billion ($12.5 billion) in 2017.