The GCG, founded in 2009, provides tailored live-in care services to customers who need physical help to live independently or have complex care needs.

“Both Sodexo and the GCG share a common mission to help our consumers age in their homes as independently and comfortably as possible,” Sarosh Mistry (pictured), chief executive of Sodexo Home Care Worldwide, said.

“This cultural alignment is key to Sodexo, and its core values make the GCG such a natural fit into Sodexo’s worldwide home care business. Together, we see tremendous opportunity to offer a choice of home care solutions to consumers with complex care needs.” 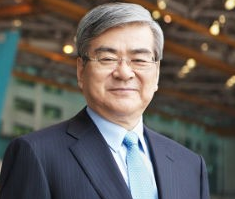 The chairman of Korean Air, one of Asia’s biggest airlines, has died in the United States.

Korean air said Cho Yang-ho, 70, died at a hospital in Los Angeles on 7 April, but did not provide more details.

His son Cho Won-tae, Korean Air’s president, is expected to succeed him as chairman, according to the Financial Times.

Cho (pictured), chairman of the airline since 1999, brought substantial growth to the carrier, but had been pursued by a series of family scandals. He was indicted on embezzlement charges last year, and although he denied all charges, he was ousted from the company board earlier this year.

The family made headlines in 2014 when his eldest daughter and company vice president, Hyun-ah, ordered a Korean Air flight be returned to its gate and the chief steward removed over macadamia nuts being served in a packet instead of a plate.

The incident was dubbed ‘nut rage’ by media and she was convicted of violating aviation safety, and abuse of power.

Last year, Cho’s younger daughter, Hyun-min, was removed from her position as senior vice president of the company after she allegedly threw water in the face of an advertising executive during a meeting.

Despite the flurry of scandals, Cho was respected for transforming the airline into a global operation, and for leading the organising committee that secured the 2018 Winter Olympics for South Korea.

A number of family businesses have been named in the latest annual RepTrak 100 survey, which measures the reputation of multinational companies.

The RepTrak 100 survey, by the Reputation Institute, ranks the world's top companies according to public perception by surveying more than 23,000 individuals in 15 countries.

For a second year in a row, family-owned toymaker Lego Group ranked second as the most highly regarded company in the world, while German family-owned tech manufacturer Bosch came in 10th position.

Stephen Hahn-Griffiths, the institute's chief reputation officer, said companies have to continually work hard to gain public trust, “given that 52% of the world have doubts about the good intentions of all companies”.

“Companies that elevate positive perceptions of the enterprise, prioritise corporate responsibility, leverage strong leadership, are ethical, speak to the corporate brand purpose, and engage market influences are those who will win in this daunting new reputation era,” he said.