Remy Cointreau sales are hit by Hong Kong protests; Elisabetta Fabri, second generation president of Starhotels, is knighted, and families are intrigued by a new bank vault for billionaires.

The French family-owned spirits group Remy Cointreau says it lost sales due to the impact of political protests on tourism in Hong Kong.

Sales stood at €523.9 million ($581 million), a drop of 3.6% in growth in the half-year to October, which were “below our expectations,” the group reported. The “very difficult context in Hong Kong since August” had “significant impact on our Asian duty-free business.”

The slump was mitigated by double digit volume and value growth in mainland China, buoyed by an “excellent” Mid-Autumn Festival.

Business activity in the Chinese-ruled city is suffering one of its worst downturns for the past two decades amid growing pessimism among firms, according to IHS Markit PMI data. It follows almost six months of increasingly violent civil unrest and trade tensions between China and the United States.

The Remy Cointreau Group dates back to 1724 and is owned by the Heriard Dubreuil family through its Andromede holding company. The group has been chaired by Marc Heriard Dubreuil since 2017.

Last month, the group bid adieu to Valerie Chapoulaud-Floquet, its non-family chief executive who departed for personal reasons after five years. She was credited with pushing premium-priced cognac, liqueurs and spirits to drive 9.2% organic growth and revenue to a record €1.127 billion ($1.24 billion) in 2017-18.

This week, Eric Vallat re-joined the group as chief executive having managed the House of Remy Martin for more than four years. Vallat’s past tenures included executive roles at Louis Vuitton and Christian Dior within the French Arnault family-owned LVMH and at the Swiss Johann Rupert-controlled Richemont Group. 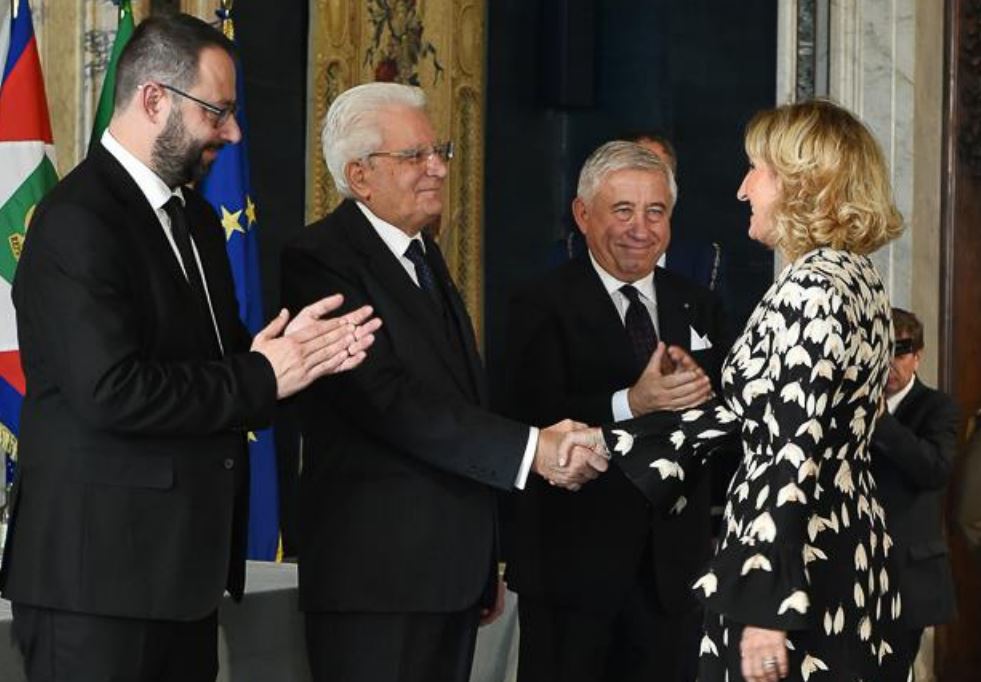 Hotel heiress Elisabetta Fabri paid tribute to her family business team when she received the Order of Merit for Labour from the President of the Italian Republic.

The president and chief executive of both Starhotels and Starhotels International was recognised for her entrepreneurial career, her moral and social values and her strong sense of responsibility.

“I want to share it first and foremost with my collaborators who, with their daily efforts, contribute to the success of this company,” Fabri said in a statement.

“I have always worked to uphold and valorise as best possible the Italian lifestyle and hospitality in the eyes of the world. I would like to thank those who have acknowledged my role in the promotion of our immense cultural heritage, as well as our contribution to the development of tourism in Italy.”

Starhotels was founded by her father, Ferruccio Fabri, in 1980. After years of hospitality industry experience outside the family business, Elisabetta Fabri launched Starhotels International in 1992 with the acquisition of The Michelangelo in New York. She became the chief executive and vice president of Starhotels in 2000 then president in 2011.

The Florentine mother of twins led the modernisation and expansion of Starhotels, the only Italian hotel company that owns properties abroad, namely New York, Paris and London.

On behalf of Starhotels, Fabri accepted the Top Family Business of the Year Award at the CampdenFB European Families in Business Awards in Prague in 2017.

Ultra-wealthy family principals are expressing interest in the luxurious services of an exclusive new bank vault within a 120-year-old former mansion in London’s Mayfair.

Vetted billionaire clients are set to have an experience more like a white-gloved private members’ club, complete with chauffeur-driven service, than a traditional bank vault, but with state-of-the-art “military level” security features.

IBV International Vaults said the luxury security market was booming after increased international investment in the United Kingdom from overseas. The flagship facility demonstrated the commitment of IBV in the UK as a key financial centre, said Sean Hoey, managing director of IBV London and former general manager of the Harrods Safe Deposit department.

IBV has operated vaults and gold bullion in Switzerland, Dubai and South Africa since 2004. The company is owned by Ashok Sewnarain, the multimillionaire South African chief executive and founder who expanded his father’s real estate business into hotels and hospitality.