US billionaire families call for tax on extreme wealth

A group of US billionaires and their families have called for a new government wealth tax to address income inequality and provide funding for climate change and public health initiatives.

The group, including financier George Soros and his son Alexander, heiresses Liesel and Regan Pritzker, Abigail Disney and Facebook co-founder Chris Hughes, released a bipartisan letter asking the US 2020 presidential candidates to support a tax on the wealthiest American dynasties.

“The next dollar of new tax revenue should come from the most financially fortunate, not from middle-income and lower-income Americans,” the letter said.

A tax on America’s wealthiest has been at the forefront of the 2020 elections, with democratic hopefuls Elizabeth Warren (pictured), Bernie Sanders and Pete Buttigieg and Beto O’Rourke coming out in support.

Liesel Pritzker Simmons told The New York Times the initiative was started by her and her husband, Ian Simmons, who are co-founders of impact investment organisation Blue Haven Initiative. They reached out to the others, who then agreed to join.

Simmons is part of the Pritzker family, the founders of one of the US’ largest private companies, which included the Hyatt hotel chain. Another family member Regan Pritzker, president of the San Francisco-based Libra Foundation, also signed. 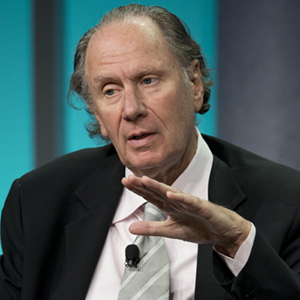 Spring Fertility is a chain founded by Peter Klatsky and Nam Tran that provides fertility treatments and egg freezing. The company has a laboratory in San Francisco and patient centres in Oakland and California.

In a statement, Spring Fertility did not disclose terms of the investment, but said it planned to use the money to expand in the San Francisco Bay Area and across North America.

“We are proud to partner with Spring as it advances the science of fertility and delivers the highest-quality care possible,” Drew Tarlow, principal at Wildcat Capital Management, said.

“Spring’s focus on innovation and their relentless pursuit of improved clinical, lab and experiential standards uniquely position it as a leader in the fertility sector.”

Bonderman’s family office has had previous success with investments in healthcare, including a profit of at least $425 million on Gilead Science’s acquisition of biotechnology company Kite Pharma in 2017, according to Bloomberg.

Bonderman (pictured) made the majority of his estimated $3.3 billion fortune through private equity powerhouse TPG, which he founded in 1992 with Jim Coulter. The firm manages more than $104 billion in client assets.

He founded his family office, Wildcat Capital Management, in 2014 to manage his family’s money. It has $2.7 billion in assets under management, according to the US Securities and Exchange Commission, and serves six high net worth individuals, 10 pooled investment vehicles and one charitable organisation. 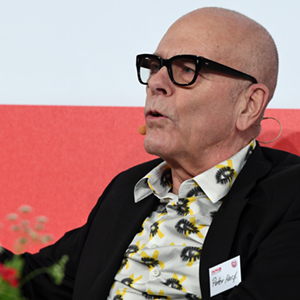 Family-controlled JAB Investors has expanded its presence in the pet care sector by agreeing to buy National Veterinary Associates (NVA), one of the world’s largest veterinary and pet care service organisations.

NVA offers a full range of veterinary services in more than 670 veterinary hospitals and 70 pet resorts across 43 US states, as well as Canada, Australia and New Zealand. It employs 4,000 staff and 2,500 veterinarians.

The organisation is being sold by private equity owners Ares Management and OMERS to JAB Investors—a vehicle comprised of JAB Consumer Fund and JAB Holding Company.

In a statement, JAB said both arms of JAB Investors will participate in the acquisition, with JAB Consumer Fund investing most of the equity capital in the deal and JAB Holding investing alongside the consumer fund.

No financial details of the deal was disclosed, but JAB said NVA’s senior management team, including chief executive Greg Hartmann, will maintain a “significant minority ownership” and would continue to lead the business.

“We are excited to partner with the NVA community for the long-term as they continue building a global platform and leading the industry in innovation and quality of service,” David Bell, partner at JAB Investors, said.

This is JAB’s second major investment into the pet-care sector. In February, JAB acquired Compassion-First Pet Hospitals for $1.2 billion. Compassion operates speciality, emergency and general practice veterinary hospitals across the US.

JAB, the investment vehicle for the German billionaire Riemann family, is overseen by two managing partners—Peter Harf (pictured) and Olivier Goudet, together with eight other partners. It has invested heavily in the food and beverage industries in the 2010s and has controlling stakes in Keurig Dr Pepper, Jacobs Douwe Egbert, Pret A Manger, Krispy Kreme Doughnuts and Espresso House.