Securing global supply lines, switching to mass production of hand sanitiser and protecting employees while calling for unity are among the ways family businesses are facing down the challenge of the coronavirus pandemic. Securing global supply lines, switching to mass production of hand sanitiser and protecting employees while calling for unity are among the ways family businesses are facing down the challenge of the coronavirus pandemic.

Pernod Ricard, the $9.8 billion second largest worldwide producer of wines and spirits, announced it was donating 70,000 litres of pure alcohol to French health product producer Laboratoire Cooper. The family firm’s gift enabled Cooper to increase its alcohol deliveries to pharmacies to produce hydroalcoholic gel, the equivalent of 1.8 million individual 50 ml vials. Initiatives were being rolled out in Pernod Ricard subsidiaries in Sweden, Ireland, Spain and the United States to directly produce hand sanitiser within the group’s plants or to supply stocks of pure alcohol.

Alexandre Ricard (pictured above) is the chairman and chief executive of Pernod Ricard and the 47-year-old grandson of Paul Ricard who created the eponymous brand of anise in 1932. The third-gen principal said as the world was facing a major pandemic, companies must mobilise, not only to ensure the safety of their employees, but also to contribute to collective efforts in accordance with their capabilities.

“By sharing our resources and making our production facilities available wherever they are needed, we are supporting our fellow citizens and local authorities,” Ricard said.

“I would like to thank our employees who have worked hard to make everything possible in record time, all over the world.”

Controlled by the Bettencourt Meyer family, the $30 billion L’Oreal Group’s cosmetics factories, which started making hand sanitiser last week, ramped up production this week to manufacture “significant quantities” of sanitiser over the next few weeks to serve French and European health authorities. The L’Oreal Foundation donated €1 million ($1.075 million) to its partner non-profit organisations which combatted insecurity to withstand the consequences of outbreak. The non-profits will also be offered hygiene kits of shower gel and shampoo and hand sanitiser for social workers, volunteers and beneficiaries.

Gebruder Weiss, the world’s oldest transport and logistics company, is wholly owned by the Senger-Weiss and Jerie families, including Wolfram Senger-Weiss (pictured), chief executive. The $1.8 billion Austrian group said all scheduled services were still fully operational for its customers and it was doing everything necessary to successfully deliver all transports. However, Gebruder Weiss said there were increasing delays in international freight transport as borders either closed or controls tightened.

Maersk offered reassurances about mitigating the impacts of coronavirus in its advisories for all territories the $38.9 billion shipping company operated in. The Danish firm owned by the Moller family said it believed it was as prepared as possible and had worked overtime to maintain and deliver supply chains with service providers. 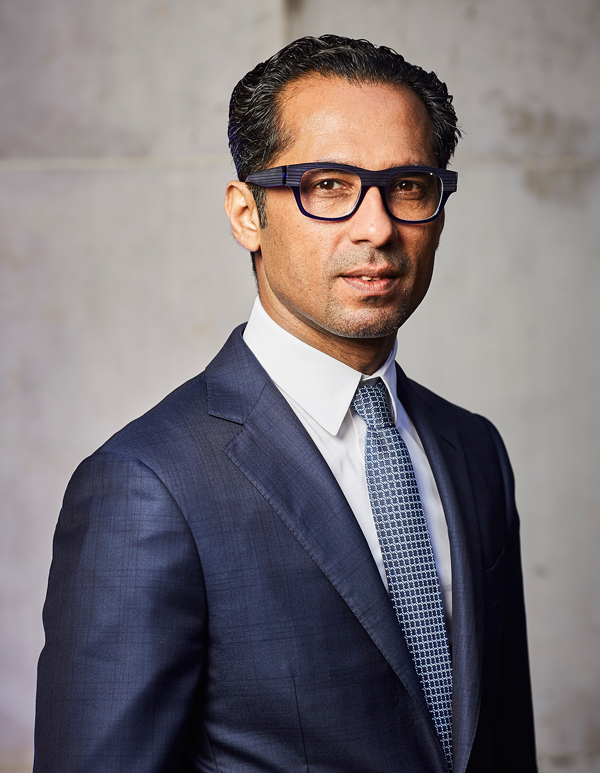 Panic-buying continued to be a consequence of the pandemic and Walmart introduced limits for customers for paper products, milk, eggs, cleaning supplies, hand sanitiser, water, nappies, wipes, formula and baby food as part of its response.

The $524 billion retail giant Walmart and the Walmart Foundation, both owned by the Walton clan, pledged $25 million to support organisations on the front lines responding to the outbreak. The fund will be spent on helping countries detect and manage the virus, support food banks, school meals and community efforts.

The $519 million German confectionary firm Ritter Sport said “as a family business we know how important cohesion is—especially in times of crisis like this” when announcing on Instagram (pictured) the extension of its hygiene protocols to protect the health of its staff and families. 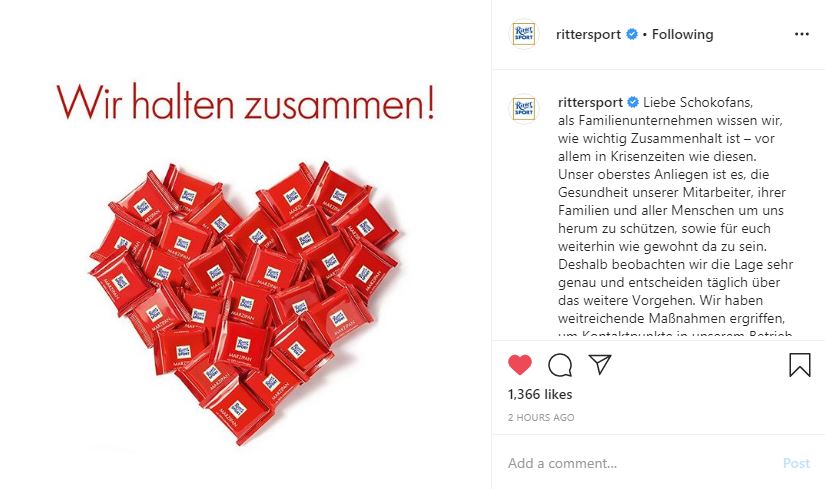 Selfridges, the luxury department store owned by Canada’s billionaire Weston family, said it was with “heartfelt sadness” it temporarily closed its stores in UK cities London, Birmingham and Manchester while continuing to trade online.

“But it is our people, partners and customers that make Selfridges what it is. From our family to yours. Let’s stay together.”