Patrick Drahi cleared to retain his 18% stake in BT
Following an investigation under the new National Security and Investment Act, Kwasi Kwarteng, England's Secretary of State for Business, Energy and Industrial Strategy, has announced that he will now not be blocking French-Israeli billionaire Patrick Drahi from increasing his stake in telecommunications giant BT.

Kwarteng’s Department for Business, Energy and Industrial Strategy (BEIS) previously said that Drahi's 18 per cent stake in BT would be reviewed under new legal powers intended to give ministers more control over critical infrastructure.

After a national security review ended with no further action, the telecoms tycoon and majority owner of auction house Sotheby’s is clear to retain his increased stake.

In December 2021, Drahi's European telecoms firm Altice increased its BT stake from 12.1 per cent to 18 per cent, making him the single biggest shareholder. The government’s involvement was intended to block Drahi, who has an estimated net worth of £9 billion (according to Forbes), from further increasing his stake and influencing the internet and telecoms provider’s board.

The National Security and Investment Act was brought into law by former prime minister Theresa May as a tool to stop foreign companies acquiring control of British firms on national security grounds.

“BT Group has now been notified by the Secretary of State that no further action is to be taken under the Act in relation to the increase by Altice Europe NV of its shareholding in BT Group from 12.1% to 18%,” BT told shareholders.

Drahi is said to have borrowed against the London headquarters of his Sotheby's auction business to help fund his stake-building, following Altice’s cancelled plans to sell its Portuguese base and a collapse in the valuation of Altice USA.

The King of Orange, José Luis Cutrale, passes away aged 75
Tributes have been paid to José Luis Cutrale, the Brazilian billionaire who was, according to News Bulletin, responsible for an estimated one-in-three glasses of orange juice produced in the world.

Cutrale, who was “A man of few words and enormous devotion” according to his family, was nicknamed ‘The King of Orange’ and had an estimated net worth of $2.5 billion (according to Forbes), making him one of the richest individuals in Brazil.

He was owner of Sucocitrico Cutrale, which supplies orange juice concentrate to Coca-Cola brands Minute Maid and Simply Orange.

“With his very high level of entrepreneurship, he raised the name of Brazil internationally, taking the best quality to various markets,” Fundecitrus, the largest Brazilian citrus association released in a statement. “Much of the respect and leadership that Brazil has in the citrus industry comes from his vision, capacity and courage to achieve.”

He helped grow the business established by his father with just 60 employees in 1967. Eventually, Cutrale took over the running of the business, growing it into the farming giant it is today with an estimated revenue of $4.7 billion (according to Datanyze).

“With a lot of effort and dedication, José Luis Cutrale, along with his father, turned the family name into a worldwide synonym for orange juice,” said his family in a statement.

Cutrale, who was expected to face trial in London for alleged collusion with an illegal cartel, was also known for his charitable work. Sucocitrico Cutrale was the first company to donate to Zero Hunger, as well as supplying free orange juice to public schools in San Paulo. 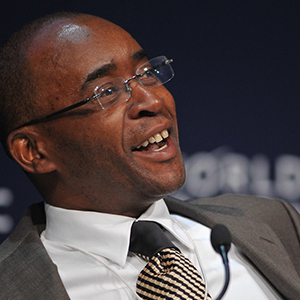 Strive Masiyiwa acquires Israeli tech firm for $60 million
Zimbabwean billionaire Strive Masiyiwa has acquired Israeli technology firm Telrad for $60 million. Telrad which operates with “Significant presence” in 13 different countries, including the United States, was bought by Liquid Intelligent Technologies, part of Cassava Technologies, which was founded by Masiyiwa. The acquisition is aimed at expanding Telrad to reach a greater international market but also to grow domestically in Israel.

“Liquid and Telrad share similar ideologies of empowering customers through cost-effective connectivity and technology solutions,” said Liquid Intelligent Technologies in a statement. “Together we will continue to digitally transform businesses globally.”

Strive Masiyiwa, who made his fortune after launching the mobile phone network Econet Wireless Zimbabwe, now owns more than half of Liquid Telecom, according to Forbes. Liquid Telecom owns and provides satellite and fibre-optic services to other telecom firms in Africa. Its open-access fibre network now spans more than 100,000km across Africa.

“Telrad has an incredibly strong track record of success and a rich history of innovation,” said Moti Elmaliach, Telrad’s CEO who is expected to continue in his role after the acquisition. “We are excited to join forces and leverage Telrad’s expertise across the full technology value chain, along with that of Liquid and the wider Cassava group. This is an exciting step for Telrad.”