Blake Nordstrom (pictured), who was the head of the eponymous fourth generation US retailing dynasty, has died unexpectedly just three weeks after announcing that he had been diagnosed with lymphoma.

At the time, he described his condition as “treatable” and said he planned to “continue work throughout this process as normal” at his family’s Seattle-based company.

But on Wednesday, Nordstrom issued a statement announcing his death, but did not state whether the lymphoma was the cause.

Blake Nordstrom served as co-president with his brothers Pete Nordstrom, 56, and Erik Nordstrom, 55. The company said Pete and Erik would continue as executive leaders.

Blake’s great-grandfather, Swedish immigrant John Nordstrom, founded the company, which began as Wallin and Nordstrom, in 1901 and since then, evolved into one of the US’ most renowned department store chains.

However, by the time Blake took over from this father Bruce Nordstrom in 2006, the company had been struggling with weak sales and a declining share price. He cut expenses and reduced inventory as part of a revival plan. The company then turned its attention to online growth, reporting in August 2018 that digital revenue now accounted for more than a third of overall sales.

Nordstrom generated $15.1 billion in net sales in its 2017 fiscal year. Its market capitalisation stands at $7.99 billion, according to Bloomberg.

Last year, Blake, along with his brothers explored taking the company private, but called it off after the family and the special committee advising the board failed to agree on a price.

The heir apparent of Hyundai Motor Group Eui-Sun Chung (pictured) has signalled he is ready to formally take over from his father by making his maiden new year speech to employees.

New year addresses in South Korea are usually delivered by the head of the company and have been made by his 80-year-old father Mong-Koo Chung until this year.

This is the group’s first leadership succession in two decades and comes at a difficult time as Hyundai struggles with an extended sales slowdown in the US and China, a US recall probe, technological change and potential US tariffs.

Chung was promoted in September to executive vice chairman of the conglomerate founded by his grandfather in 1967, which brought him closer to taking over from his father and easing concern over a potential leadership vacuum.

During his speech at the company’s headquarters in Seoul, Chung warned employees of another year of tepid car sales growth on the back of a slow 2018.

“Internally, we face challenging tasks such as stabilising business in major markets like the US and China while simultaneously enhancing our responsiveness to drive future growth,” he said.

He also pledged to complete the group’s restructuring and enhance shareholder value, in response to growing pressure to simplify the company’s complex ownership structure.

Last year, Hyundai and Kia, together the world’s fifth biggest automaker, sold 7.4 million vehicles, but fell short of their target of 7.55 million. In the fiscal year of 2017, it generated $91 billion in revenue. 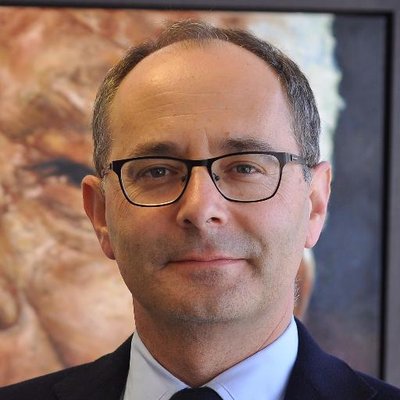 The investment trust said it would pay "approximately £92 million" to acquire a 36.7% stake, which was expected to be completed in early 2019 after being formally approved by both boards.

They have also agreed to pay additional deffered consideration of up to £20.6 million if Stonehage Fleming reaches targets for the years ending 31 March, 2020 and 2021.

Caledonia, which has £2 billion in net assets, has pledged to provide additional resources and expertise to help increase Stonehage Fleming’s growth both organically and through acquisitions.

Following the transaction, Stonehage’s management team will continue to have operational independence and autonomy in the daily running of the business.

Stonehage Fleming is the largest family office in the Europe, Middle East and Africa region, and second largest non-bank provider of family office services globally — a market which Caledonia estimates to be growing at around 9% per annum, and driven by the rising demand of ultra-high net worth families to organise their wealth.

Giuseppe Ciucci (pictured), chief executive of Stonehage Fleming, said Caledonia had an excellent record of supporting businesses over the long term and providing counsel to the management team it backs.

“They intend to make capital available to us to further invest in our people, our proposition and in strategic development that will augment our organic growth and consolidate our leading position as a trusted adviser to wealthy families,” Ciucci said.

“Their investment will also enable a transfer of equity to our next generation of business leaders, ensuring we continue to attract and retain the right calibre of staff. This will all be to the benefit of our clients.”

Stonehage Fleming provides services to more than 250 families. It was formed in 2015 after Stonehage Group and Fleming Family & Partners merged.

Caledonia Investments’ history is linked with five generations of the Cayzer family. Two decendants of founder Sir Charles Cayzer, Charles Cayzer and Jamie Cayzer-Colvin, still sit on the board.