Spanish family businesses Melia Hotels International, Inditex and Damm have been named among the top 10 companies leading the digital transformation of the Spanish economy.

Research by the Coordenadas Institute of Governance and Applied Economics hailed the families and public peers, such as Telefonica and Seat, for adapting their business models through digitalisation. Their motivation was to enhance their competitiveness and position themselves as international benchmarks.

The €140 million ($154 million) Melia group, owned by the second-generation Escarrer family, invested more than €130 million in digitalisation in three key areas: enhancing its direct sales channels, personalising customer experiences and improving its operational model and digital culture within the organisation.

The company said Big Data, artificial intelligence and new digital marketing tools had driven improvements in customer relations, environmental management and eco-efficiency and increased sales, which had grown by more than 68% since 2015. Growth was helped by a social media strategy and sales force training which created almost 1,000 “digital salespeople”.

The company’s new award-winning app personalised every stage of the trip. Guests can make use of virtual assistants and intelligent cashless wristbands which allow payments and opens the door to their room.

Swedish family controlled retail giants H&M Group and IKEA have joined forces to increase the use of recycled materials while keeping textiles free of toxic chemicals.

H&M shared the joint study’s early findings at the Textile Exchange Sustainability Conference in October to urge attending companies from 25 countries to invest in a “circular economy” of environmental sustainability.

Consumption of clothing, footwear and household textiles in the European Union uses annually about 1.3 tonnes of raw materials and more than 100 cubic metres of water per person, reported the European Environment Agency. The textiles industry is the fifth largest source of CO2 emissions linked to private consumption.

The H&M Group board is chaired by Stefan Persson (pictured), 72, who owns a 32% stake in Hennes & Mauritz, the multinational clothing retail company known for its catwalk-to–high street and disposable “fast fashion”. Perrson, with a net worth of $17.8 billion according to Forbes, is the son of the late Erling Perrson who founded the family business in 1947. Stefan’s billionaire son Karl-Johan, 44, has served as the president and chief executive since 2009. 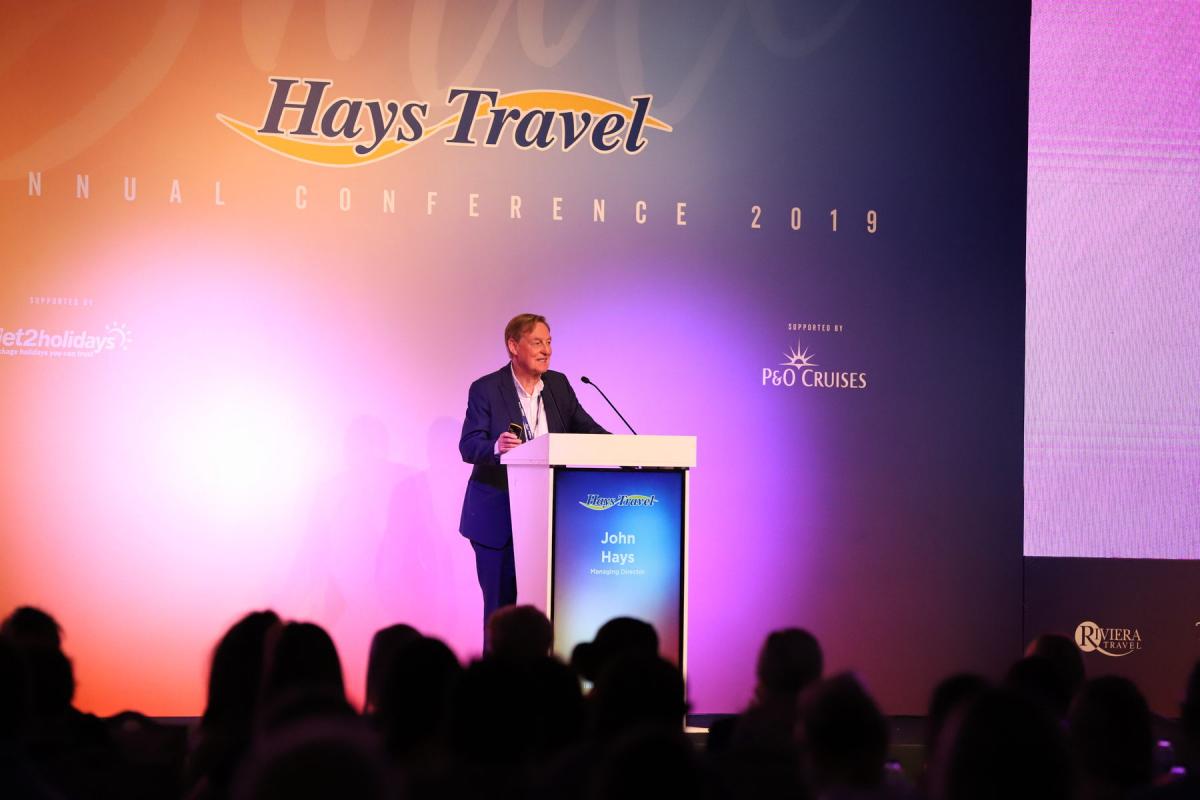 The Hays family behind the UK’s largest independent travel agent has announced a further 1,500 new jobs and apprenticeships only weeks after Hays Travel took on 2,330 staff and all 555 shops from the collapsed travel group Thomas Cook.

The family’s investment came despite Brexit uncertainty, the soft package holiday market and the withering of several major brands on the high street as consumers opted to shop online.

Joint owners John and Irene Hays want to hire 200 new posts at the company’s head office in Sunderland, England, and 500 jobs handling foreign currency in each of the new Hays Travel stores around the UK. There will also be an apprentice at each of Hays Travel’s 737 branches over the coming months. The Hays Travel Academy will train those new to the industry.

“These are fantastic permanent career opportunities for people who want to take a step into an exciting industry where every day is different,” John Hays (pictured), founder and managing director, said in a statement.

“The former Thomas Cook managers have said the biggest difference for them is being empowered and valued—as an independent travel agent they are not tied to certain products or scripts and they feel trusted. This is a key principle of our business.”