Frederic Arnault, the next gen of the world’s leading family-owned luxury products group, has been promoted as part of a restructure of leadership of the group’s wristwatch brands.

LVMH Moët Hennessy Louis Vuitton announced Frederic was appointed to strategy and digital director at TAG Heuer when it confirmed Stephane Bianchi, a former chief executive of French cosmetics group Yves Rocher, would succeed Jean-Claude Biver (69), the renowned non-family executive credited for revitalising the group’s watch brands. Biver relinquished operational duties due to ill health, but will remain as the non-executive president of the unit.

Frederic is the 23-year-old son of Bernard Arnault, chairman and chief executive of LVMH, and worked on TAG Heuer smartwatches as the brand’s head of connected technologies for the past year.

Bernard has long positioned his heirs in pivotal roles within LVMH. His son Alexandre, Frederic’s brother, was appointed co-chief executive of German luggage maker Rimowa at the age of 24 in 2016. Delphine (43), Ferderic’s sister, is the director and executive vice president of Louis Vuitton, and was the youngest person to join the LVMH board in 2003. Antoine (41) is the chief executive of Berluti and chairman of Loro Piana, both part of LVMH.

The European Commission has launched a probe into whether a group of European carmakers, including family-owned BMW and Volkswagen, colluded on the development of clean emissions technology.

The commission alleges the carmakers came together, in breach of European Union antitrust rules, to avoid competition on the development and roll-out of technology to clean the emissions of petrol and diesel passenger cars.

The investigation focuses on information indicating that BMW, Daimler, VW, Audi and Porsche, also called the “circle of five”, participated in meetings where they discussed the development and deployment of technologies to limit harmful car exhaust emissions.

The commission said at this stage there was no indication that the parties coordinated with each other on the use of illegal "defeat devices" to cheat regulatory testing.

According to media reports, Daimler acknowledged last October it had self-reported the issue to the authorities and applied for leniency. VW had alerted the commission to a possible issue in 2016 and BMW denied there was any wrongdoing.

BMW is 50% publicly floated, but its voting shares are controlled by German siblings Stefan Quandt and Susanne Klatten. The global group reported a 2017 net profit of €8.7 billion ($10.7 billion), up from $8.5 billion the year before. Revenue was $122 billion.

Volkswagen AG is controlled by the holding company of Germany’s Porsche and Piech families. VW enjoyed record sales in 2017, with a 143% year-on-year profit increase in 2017, to €3.3 billion ($4.1 billion). 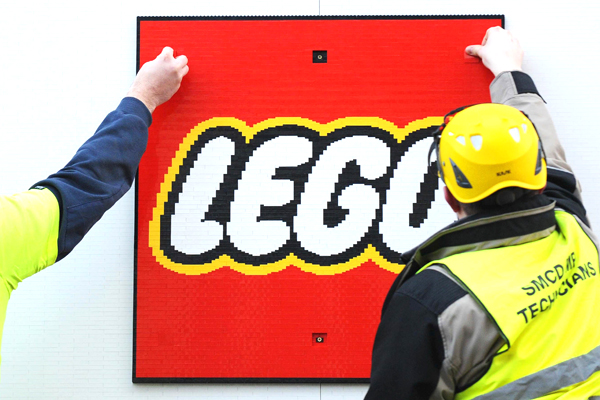 The Danish family owned toy giant Lego has climbed two places and beaten PlayStation, Google, Netflix and Amazon in a new study into the most relevant brands in British consumers’ lives.

Lego was second only to Apple in the UK edition of the 2018 Prophet Brand Relevance Index. Marketing consultancy Prophet surveyed 11,500 UK consumers on more than 240 brands in 27 industries to measure "customer obsession, ruthless pragmatism, pervasive innovation, and distinctive inspiration".

The study said for Lego, Fitbit (in sixth place) and WhatsApp (22nd place) it was “no longer about treating customers as buyers, but more about developing an ever-growing user base that can be tapped into in innovative, creative and community-led ways.”

Rune Gustafson, EMEA president at Prophet, said besides being technology-led disruptive companies, what many of the top 10 brands had in common was “they’re fast earning consumer trust by leveraging data to enhance the brand experience and connect with consumers on a deeper and more personal level.”

Lego’s robust reputation in the UK may be a comfort to the company, owned by the Kirk Kristiansen family. While global consumer sales grew 1% in the first half of 2018, revenue was down 5% to DKK 14.3 billion ($2.2 billion) and net profit was 10% to DKK 3 billion ($474 million). The declines were driven mainly by the weakening of the US dollar, Lego Group said.