Lord Bamford (pictured above left) said it was fine having an engine powered by green hydrogen, but no good if customers could not get green hydrogen to fuel their machines.

“This is a major advance on the road towards making green hydrogen a viable solution,” he said.

“This agreement demonstrates that green hydrogen does not need to be ‘transitioned’ via fossil fuel hydrogen,” Bamford said.

“Production of it can commence at once, to meet the needs of all mobility. I have asked Andrew to deliver to me immediately that he has the capacity, and he has agreed.”

Forrest said the deal signalled the first major shift in the global commercial landscape from fossil fuels towards the real, practical and implementable solution that is green hydrogen.

“The reduction in greenhouse gas emissions associated with replacing fossil fuel with only two million tonnes of green hydrogen is the equivalent of taking over eight million cars off the road—almost a quarter of the UK’s entire fleet,” Forrest said.

Lavazza coffee family in $200 million expansion of cafes in China

Lavazza, the Italian family business best known for its premium coffee beans, plans to accelerate its expansion of Lavazza cafes in China and extend its partnership to sell products.

The $2.4 billion Turin-headquartered fourth-generation business announced its aim for 1,000 Lavazza cafés in China by 2025 through an existing joint venture with Yum China. The partners will pump $200 million initially into the joint venture to fund its growth and position Lavazza as the major restaurant company’s exclusive distributor in mainland China. The venture will market, sell, and distribute Lavazza’s retail products in mainland China, including coffee beans, ground coffee and coffee capsules.

The 65-35% partnership between Yum China and Lavazza began in early 2020 to develop the Lavazza cafe concept in China. The debut Lavazza flagship store in Shanghai, the family’s first outside of Italy, opened its doors in April 2020. Lavazza has grown to 22 stores in China across Shanghai, Hangzhou, Beijing and Guangzhou. Digital sales to Lavazza members accounted for about 50% of total sales for the first half of 2021. 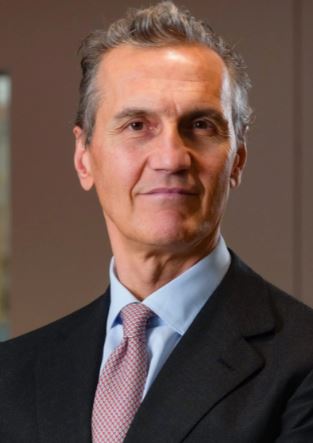 “As the largest restaurant operator in China, Yum China is the best partner to further grow the Lavazza brand in this market, given its deep understanding of local consumers and market dynamics,” Baravalle said.

“Likewise, we believe Lavazza is the perfect premium brand for Yum China to achieve its coffee aspirations, bringing outstanding quality products and in-depth expertise of the coffee sector, nurtured over the 126 years of our history.”

Lavazza operates in more than 140 countries through its related companies and a network of distributors with 4,200 collaborators.

Alberto Lavazza (pictured above left), president, is a member of the third generation of the Lavazza family. He joined the family business in 1962 after completing his studies in Switzerland. He began his career working alongside his father Pericle, son of the company’s founder Luigi Lavazza.

Alberto Lavazza serves on the 15-person board of directors with fourth-generation family members, sons Marco and Giuseppe, as vice presidents, plus Antonella, Lavazza, and Manuela Lavazza. 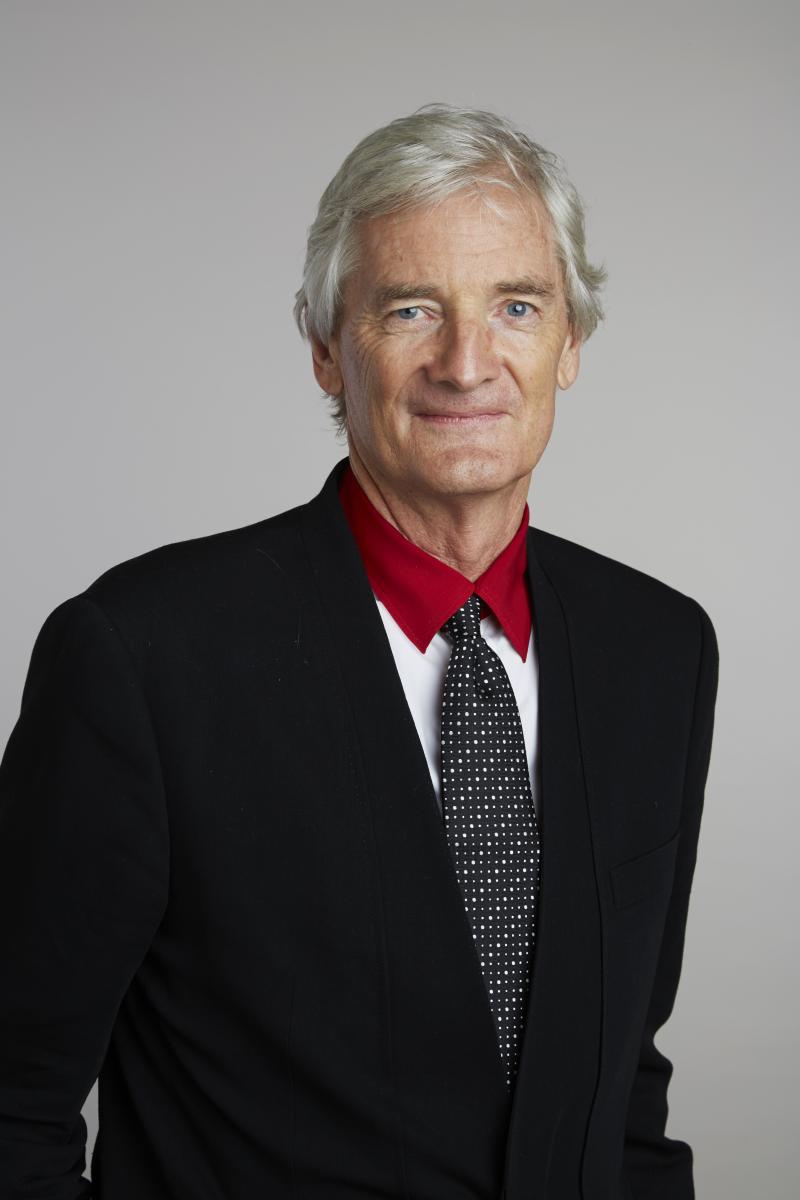 The technology firm of Sir James Dyson (pictured left), the UK’s wealthiest individual with a net worth of $22.2 billion, transferred $1.8 billion to his family office since last year, according to filings.

Dyson Holdings paid Weybourne Holdings a dividend of $550 million for 2020, the largest annual cash payout for the billionaire’s family office, Bloomberg reported. During the period, Weybourne also received $275 million from the self-made inventor (pictured), 74, and an extra $963 million in January through share capital transfers.

The Norfolk-born industrialist, who made his fortune from reinventing vacuum cleaners, topped the Sunday Times Rich List for the first time in 2020. With his corporate headquarters relocated to Singapore, Sir James and the Dyson family were ranked by the Murdoch family-owned newspaper as the sixth highest taxpayer in the UK, at $152 million, in January 2021.

The first engineers graduated from the Dyson Institute of Engineering and Technology in Wiltshire in September 2021 (pictured), four years after Sir James established the school in his attempt to reinvent tertiary education. The graduates, two fifths of them women, all achieved a BEng Degree Apprenticeship in Engineering, awarded by the University of Warwick. All chose to accept full time roles at Dyson. 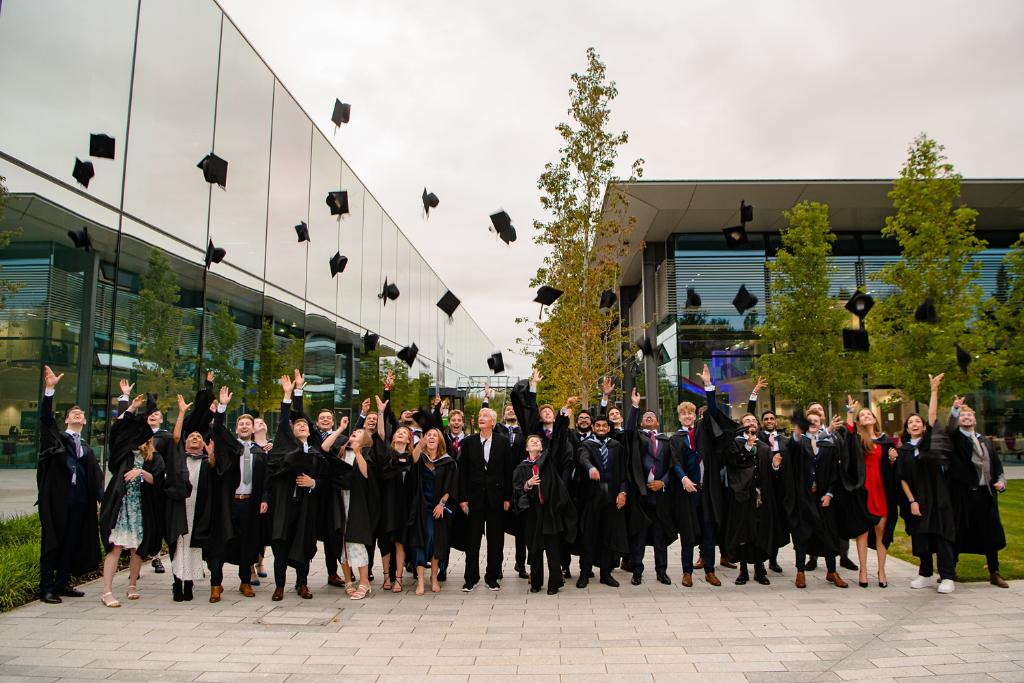 The institute’s undergraduate engineers do not pay tuition fees and earn a full salary. As well as their degree studies, they work on real-world projects with experts in Dyson’s global engineering, research and technology teams.

In October 2020, the $54.7 million institute became the first higher education provider to be awarded the right to award its own degrees under UK legislation. Students who have enrolled at the institute in 2021 will be awarded a Dyson Institute degree.

In a speech to the students, Sir James paid tribute to the graduating students, calling them “pioneers” for embarking on a different route of higher education. He thanked them and their families for putting their trust in the fledging project that was now well on its way to becoming a university.

During publicity for his new memoir, Sir James attributed the death of his father Alec from lung and throat cancer when he was eight years old to his self-reliance and willingness to take risks. The early loss meant he had “nothing to lose so I’m not frightened of taking risks,” he told The Times last month.