UK sandwich chain Pret A Manger has agreed to buy its rival Eat for an undisclosed fee to take advantage of the appetite for vegetarian and vegan foods.

Pret, owned by JAB Holding, said it plans to convert as many of the 94 Eat shops as possible to its new Veggie Pret concept in response to a demand for more vegan and vegetarian options on the high street.

“The purpose of this deal is to serve a growing demand of vegetarian and vegan customers who want delicious, high-quality food and drink options,” Clive Schlee, Pret’s chief executive, said.

“We have been developing the Veggie concept for over two years and we now have four hugely successful shops across London and Manchester. The acquisition of the Eat estate is a wonderful opportunity to turbo charge the development of Veggie Pret and put significant resources behind it.”

Pret did not disclose the terms of the deal. However, the Financial Times citing people close to the deal said the acquisition valued Eat at between £55 million and £60 million ($69.4 million and $75.5 million).

JAB Holding, the investment vehicle for the billionaire Reimann family, is the owner of some of the world’s best-known food and drinks brands after an aggressive acquisition spree in the 2010s. Deals have included buying Dr Pepper Snapple Group, Keuring Green Mountain, Krispy Kreme and last year, Pret A Manger for $1.9 billion. 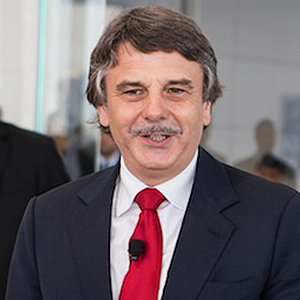 Jaguar Land Rover, Britain’s largest carmaker and exporter owned by India’s Tata Motors, has made the biggest full-year loss in its history, slumping £3.65 billion ($4.6 billion) as it deals with a collapse in sales in China—its most important market.

Earlier this year, Jaguar Land Rover (JLR) announced 4,500 job cuts. Weakness in the Chinese car market was cited as a key reason for job losses and resulted in a 5.8% decline in sales to 578,915 vehicles in the region.

The latest predicament prompted the surprise departure of JLR’s finance director Ken Gregor, who had been in the job since the company was bought by Tata Motors from Ford Motors 11 years ago.

Gregor will be replaced by his former deputy Adrian Mardell, who oversaw the company’s cost-cutting efforts as transformation director. No official reason was given for Gregor’s exit.

“We will go forward as a transformed company that is leaner and fitter, building on the sustained investment of recent year in new products and the autonomous, connected, electric and share technologies that will drive future demand,” Ralf Speth (pictured), chief executive of JLR, said.

Tata Motors, India’s largest manufacturer of commercial vehicles, is a subsidiary of Tata Group, a multinational conglomerate founded in 1868 by Jamsetji Tata. The company acquired JLR in 2008 for $2.3 billion from Ford Motor Company. JLR posted revenue of £25.8 billion ($29.2 billion) in 2018.

LVMH announced earlier this week it would buy Chateau du Galoupet, a 17th century estate, which covers 68ha of vineyards in the Provence region of France—the group’s first producer of rose wine.

The French group said: “A microclimate which refreshes the vines with temperate and salty winds” would ensure consistent yields and was a selling point for the estate.

This latest move comes as LVMH tries to keep up with the fast-changing tastes of millennial consumers, with the group earlier this month confirming it will launch a new fashion brand fronted by the US pop singer Rhianna.