Australia’s richest woman is having her ambitions to export cattle to China foiled by a tiny fly.

But a small fly carrying the bluetongue virus—endemic to North Australia—is putting her plans on hold thanks to Beijing’s new emphasis on food safety, the Financial Times reports.

Rinehart, who made her fortune selling iron ore to China, owns several cattle farms and has teamed up with four Chinese companies to lobby the government to relax restrictions which say cattle from bluetongue areas must be quarantined for 60 days.

The companies have formed a joint venture on Jintang Island near Shanghai, which has beef processing facilities and would act as an agricultural hub between Australia and China. The move could help appease the Chinese authorities, if the venture shows the required testing could be carried out at the facility.

Rinehart, worth an estimated $15 billion, is locked in a dispute with her children who claim she withheld $540 million of family company Hancock Prospecting’s dividends and used the money for her own benefit.

PwC has released a roundup of the most significant family office deals of the year so far, with a trend towards families investing in consumer brands and industrial products businesses.

Omar Butt, of PwC’s global deals origination team, said the most significant deals by family offices this year include those by the Reimann family, who through their investment arm JAB, purchased Panera bakery for $7 billion in May.

Thyssen/Bornemisza Group bought information provider DTN for $900 million in April, while June saw LetterOne announce the biggest UK retail and consumer deal of the year with the acquisition of Holland & Barrett from KKR for $1.8 billion.

August began with British cycling company Rapha being bought by Walmart for $200 million.

“These areas could hold steady in the face of a slowdown in the economy which is being predicted in a few quarters.”

He said many European families were looking towards Spain, which had a pool of undervalued assets after the lack of post-global financial crisis growth.

The co-founder and chairman of American retailer Costco has died suddenly, and is being remembered as a consummate and caring business person.

Jeff Brotman, 74, helped launch Costco’s first warehouse in Seattle in 1983 and had chaired its board since 1994. 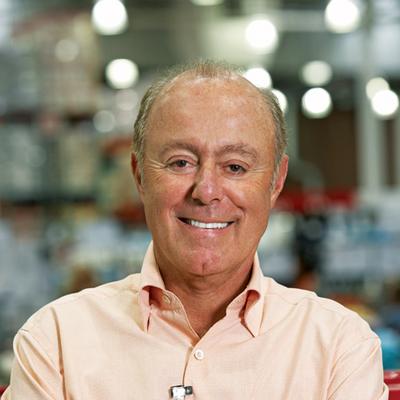 Costco operates 736 warehouses across the world and reported revenue of $119 billion last year. The company is credited with popularising the “buy bulk, sell cheap” style of retail and was among the world’s largest retailers, usually coming in second to Walmart.

“Over 35 years, he became not just a business partner but a confidante, a great friend. I’m not exaggerating for a second when I say I loved the guy.”

Brotman was an advocate for fair employee pay and along with his family made sizeable donations to various causes across education, health and the arts.