British billionaire Mike Ashley will make way for his future son-in-law as the head of his international $4.1 billion retail empire.

Frasers Group, majority-owned by its founder Ashley, 56, announced this week its board was discussing the transition of the role of chief executive from the tycoon to Michael Murray, 31, during the 2022 financial year, culminating with Murray’s appointment on 1 May, 2022. Ashley would step down as chief executive at the same time but remain on the board as an executive director.

The colourful entrepreneur, a father of three and worth $3.2 billion, opened his first sports and ski shop using a family loan in the English town of Maidenhead in 1982. By the late 1990s, he had opened 100 stores across the United Kingdom, rebranding his chain as Sports Soccer and acquiring brands including sports equipment brand Donnay. By 2008, his trade name Sports Direct had become a high street fixture.

Ashley diversified from sports to lifestyle and luxury and rebranded again as Frasers Group in 2019 after buying the upmarket department store chain House of Fraser out of administration for $125 million. 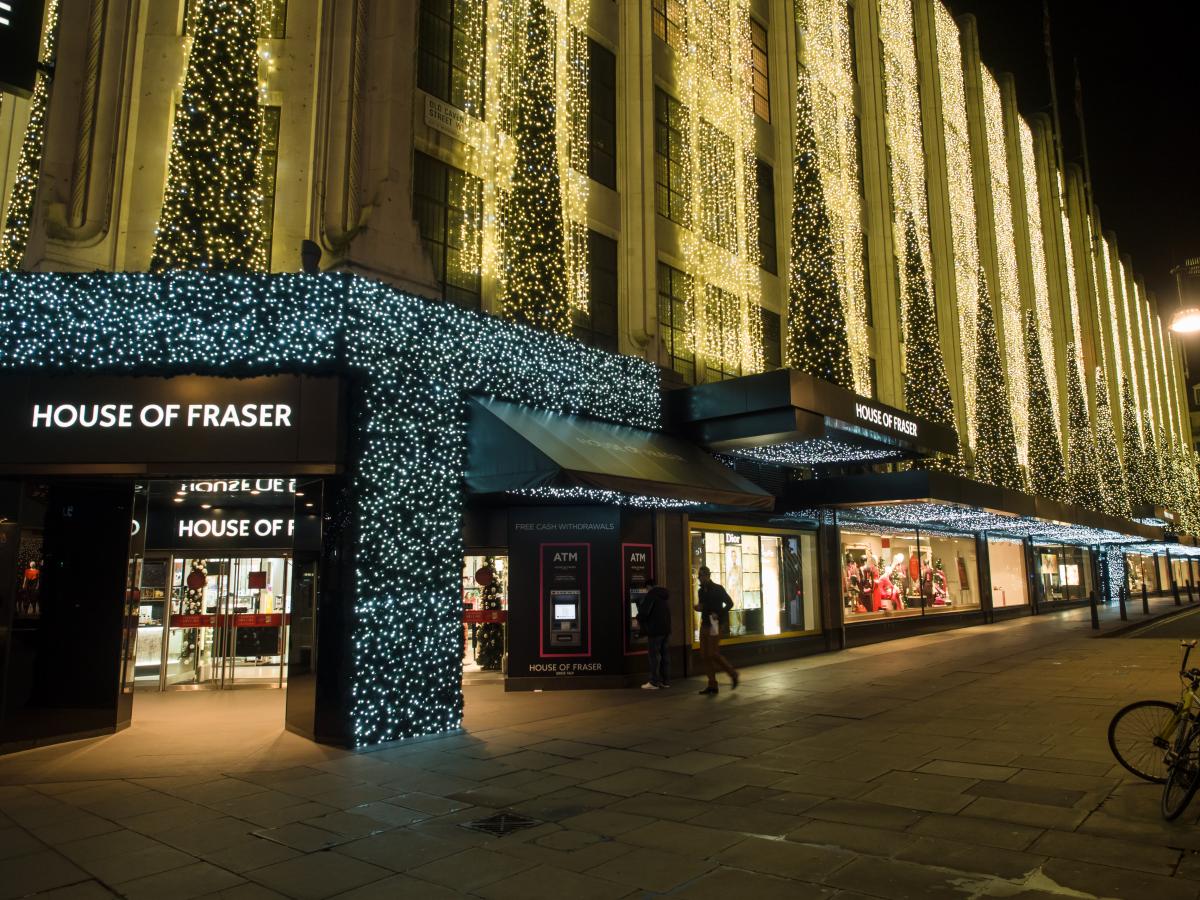 A reward and remuneration package was being considered by the board for Murray on the assumption he will assume the role of chief executive. The package would be approved by shareholders. Ashley retains 64% of shares in the group.

Frasers said its board considered it “appropriate” Murray took the lead on the group's “elevation strategy” to transform its business, especially on projects such as the new Oxford Street Sports Direct which opened in June 2021.

The group’s elevation strategy is to rethink its retail by focusing on store experience, digital and product.

Murray, a Doncaster-born son of a property developer, has worked as “head of elevation” since the start of 2019, but as a fee-earning consultant to the group, not an employee or board member. The former night club promoter turned millionaire is engaged to marry Ashley’s eldest daughter Anna, 28.

Murray is credited with elevating the image of Sports Direct from Ashley’s traditional “stack it high, sell it cheap” ethos to meet the high-end expectations of global sports brands while revamping stores.

The succession plan was announced as Frasers reported revenue of $5.008 billion for the year to April 2021, a decline from $5.4 billion in 2020. The group’s sports retail revenue dipped 10.7% but online sales and post-lockdown pent-up sales compensated while premium lifestyle revenue increased by 1.9%. 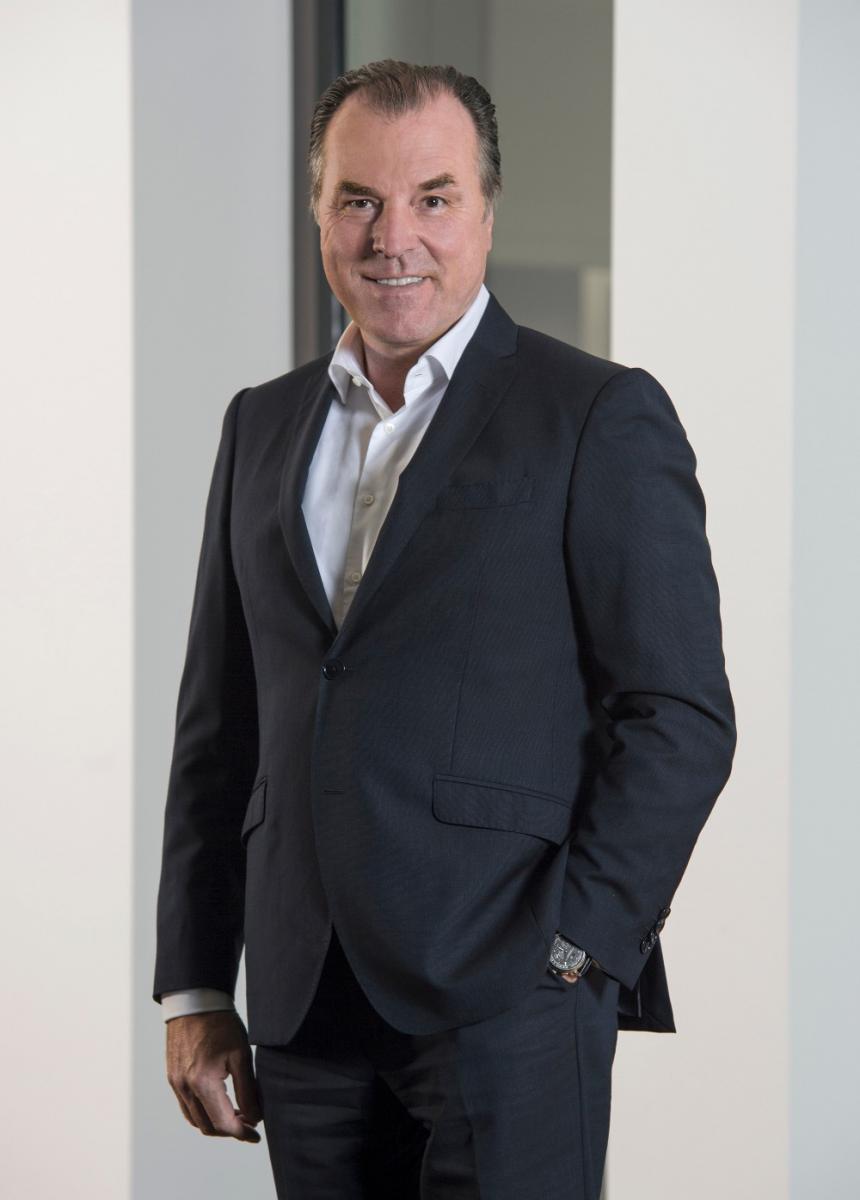 The Toennies family has vowed its German $8.2 billion meat processing group will remain a family business after abandoning its disposal plans.

The shareholders of the Toennies Group—second-generation principals Robert Toennies and Maximilian Toennies (pictured below)—sought to settle speculation about the sale or part sale of their integrated food producing family business this week. The group said its previous ownership structure will continue unchanged. Shares in the company will remain in family hands.

Robert’s late father, Bernd, and uncle, Clemens (pictured above), managing partner, co-founded Toennies Lebensmittel as a wholesaler for meat and sausages in the city of Rheda-Wiedenbruck in 1971. Business growth was rapid during the 1970s and boosted internationally by the family’s integration of the Danish pig slaughtering and cutting company Tican in 2016.

The family agreed on a new corporate structure in 2017 after years of a legal dispute over ownership. Maximilian Toennies, son of Clemens, became a partner, with 5% of his father’s shares allocated to him. The corporation was restructured into meat, convenience, sausages, ingredients and logistics divisions, employing 16,500 staff members. 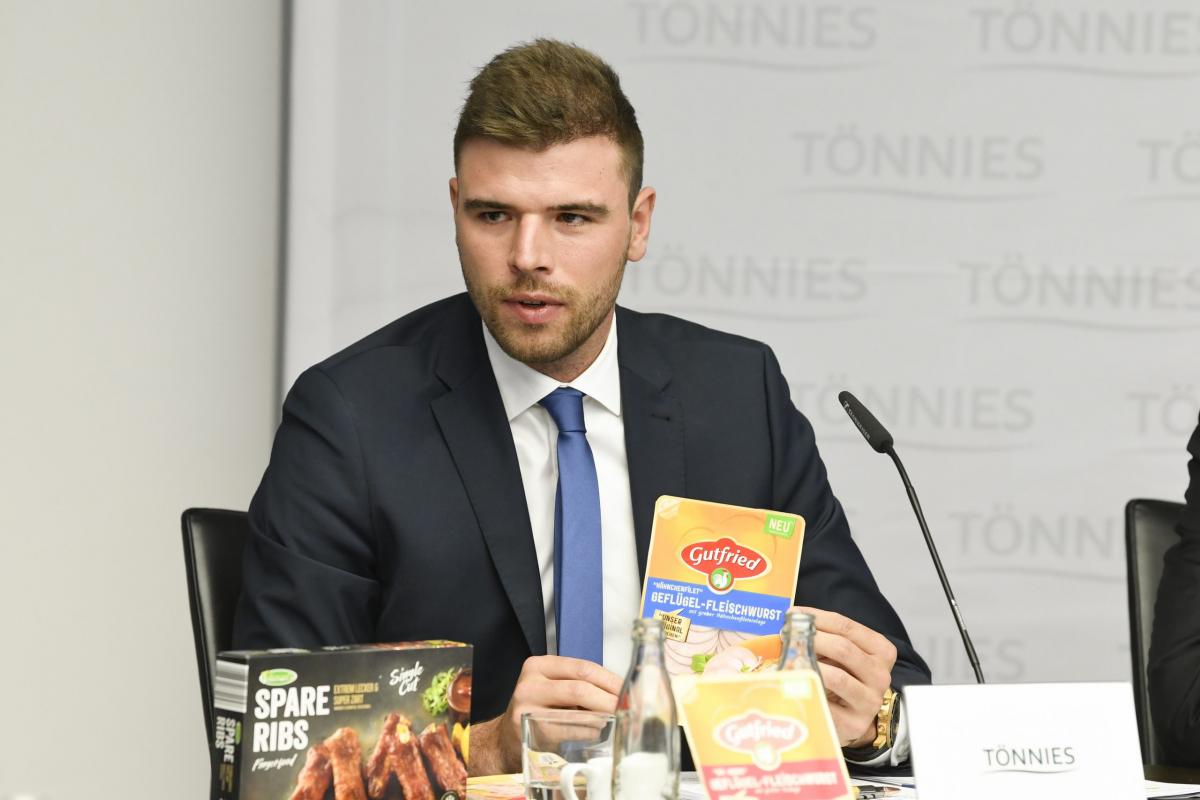 The U-turn came only six months after reports the family business could start talks with potentially interested buyers, including Tyson Foods in Arkansas, JBS in Brazil and WH Group in China, for a deal valued at $4.8 billion.

The shareholders said this week they will carry on leading the company together as a family business into the future. Both tribes of shareholders declared the end of dismantling proceedings.

The two shareholder parties, Robert Toennies (50%) and Clemens and Maximilian Toennies (50%), had jointly examined options for the future design of the ownership structure in the first half of 2021. They concluded the existing structure was the exactly the right one to continue the decades of successful work, the group said.

Toennies Group said its focus in the coming years will be on sustainability, climate protection and animal welfare.

“The expansion of new business areas such as pet food or plant-based meat alternatives will play an increasingly important role. Toennies is already the market leader in the organic sector. In the interests of sustainable corporate development, this segment is to be continuously expanded.” 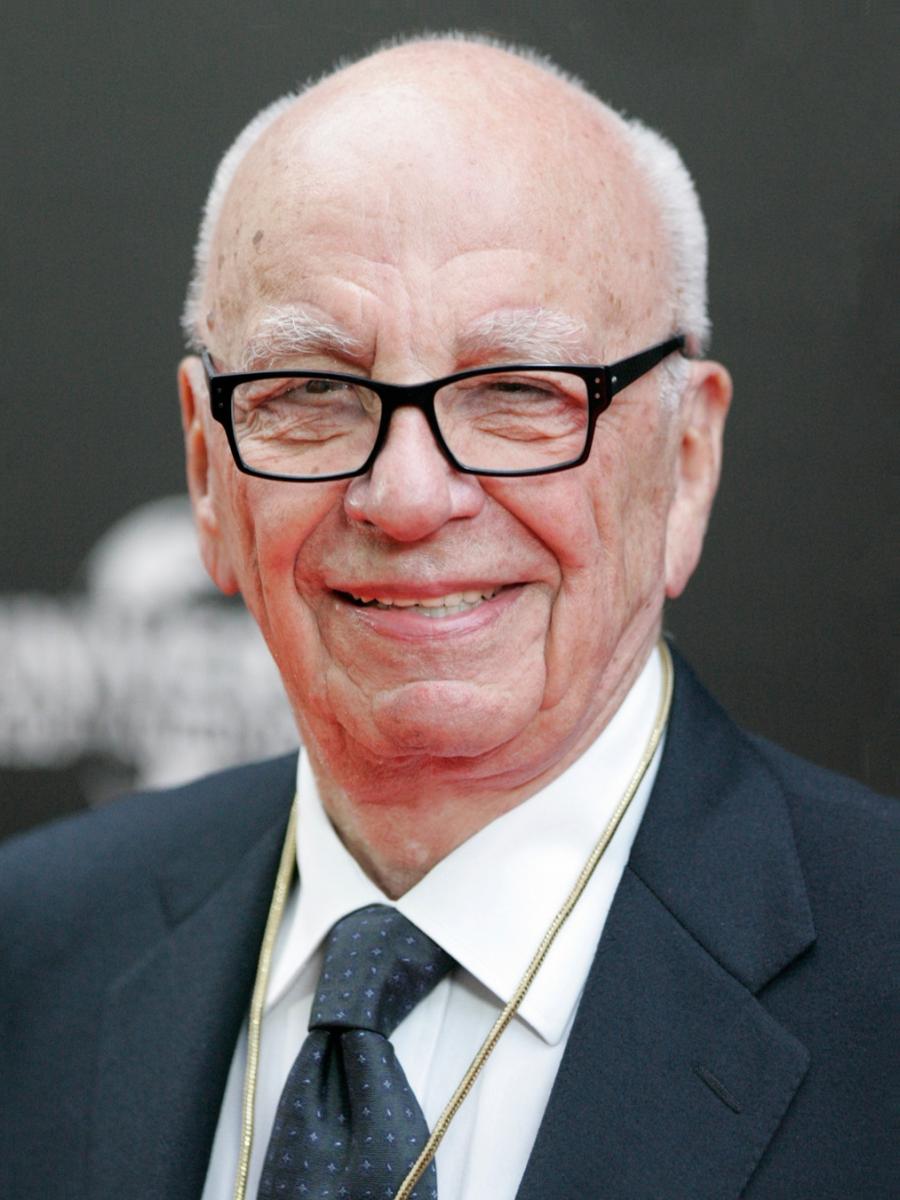 Media mogul Rupert Murdoch is adding an energy and renewables information-services company to his family business News Corp for $1.15 billion in cash.

News Corp said it expected to receive an estimated tax benefit of $180 million as part of the transaction once the approved deal closes in the fourth quarter of 2021.

Headquartered in Maryland and founded in 1977, OPIS reports reference pricing, news and analytics for the oil, natural gas liquids and biofuels industries from the refinery to the retailer. The service is also a growing provider of insights and analytics in renewables and carbon pricing.

The deal means Dow Jones will be able to deliver pricing and news and analytics for the coal, mining and metals markets and leverage the global transition to renewables and emerging energy categories like hydrogen, carbon credits, biofuels, LNG, solar, water and electric vehicles. 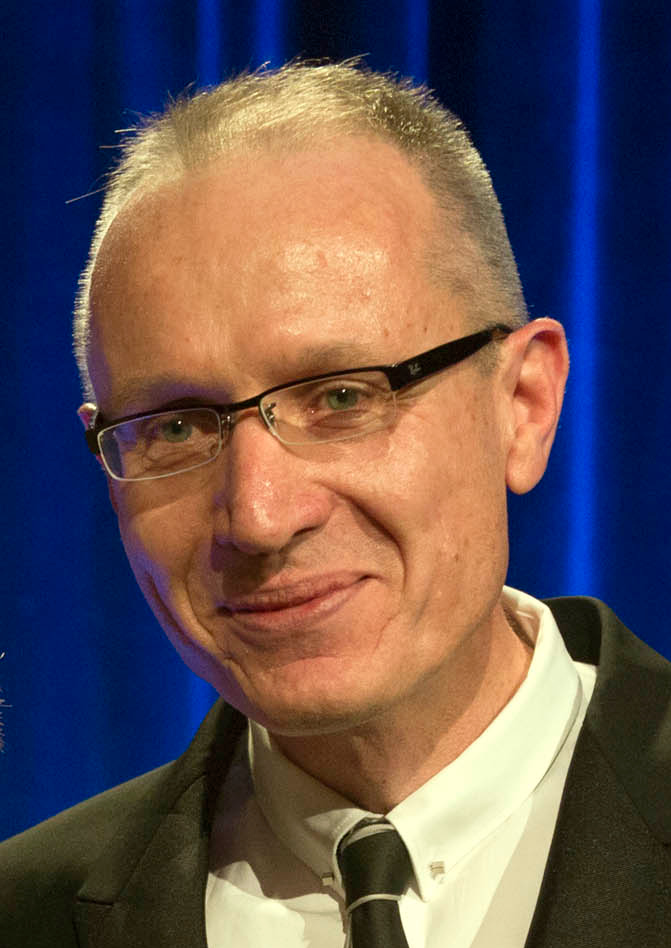 Australian Murdoch is the founding executive co-chairman of News Corp, opposite heir apparent Lachlan Murdoch, 49. The patriarch said he was “far from done” in his acceptance speech for a lifetime achievement award in January 2021, ahead of his 90th birthday in March.

That month, News Corp announced it acquired HMH Books & Media, along with its global English language rights to bestsellers including The Hobbit and The Lord of the Rings, from Houghton Mifflin Harcourt for $349 million in cash.

News Corp also announced this week its fiscal 2021 revenues were $9.36 billion, a 4% recovery compared to $9.01 billion in the previous year, helped by a 30% surge in the fourth quarter.

Robert Thomson (pictured right), 60, non-family chief executive since 2013, said profitability improved by 26% for the year, “when we had a record number of digital subscriptions, record revenue and profits at Move and record traffic at Realtor.com, record profits at HarperCollins and the largest profit at Dow Jones since its acquisition in 2007.”