New York prosecutors have dropped charges against Lapo Elkann, one of the heirs to Italian industrial dynasty Fiat Chrysler, who has been accused of concocting a fake abduction scheme in an effort to get ransom money.

The 39-year-old reportedly came up with the fake abduction scheme after a drug-fuelled partying binge, according to enforcement officer Cyrus Vance of the Manhattan District Attorney’s office.

“Today’s decision is so heartening and reinforces the faith I have always placed in American justice,” Elkann said in a statement, suggesting he had been struggling with a difficult period in his life. “I’m clear in my determination to continue to work on myself.”

While Elkann is known for his flamboyant lifestyle, his elder brother John Elkann, the chairman of Fiat Chrysler, has been called shy and retiring. CampdenFB ran a profile piece on the fifth-gen in 2013.

The seventh-largest carmaker in the world reported that pre-tax profit increased to €5.1 billion ($5.4 billion) compared with €4.4 billion in 2015.

British soap and shampoo manufacturer PZ Cussons has reported a pre-tax profit fall of 37.8% for the six months ending November 2016, as poor performance in Nigeria and weak fake tan sales hit results, according to a statement.

The Manchester-based firm—controlled by the Zochonis family— saw revenue decrease from £385.9 million to £378.2 million.

Poor performance in Nigeria was attributed to a 40% devaluation in the naira—the country’s beleaguered currency.

PZ Cussons was founded in the 1879 and made the unusual transition from services to manufacturing. It is one of three UK-listed businesses to have increased dividends consistently for 28 years. 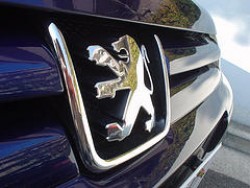 French family firm PSA Peugeot Citroen is heading back to India, a market it withdrew from more than two decades ago, as part of a drive to expand into emerging markets and reduce its exposure to Europe.

The second-largest carmaker in Europe said it has signed a manufacturing deal with New Delhi-based conglomerate CK Birla Group as part of the initiative, adding it will produce about 100,000 cars per year.

PSA Peugeot Citroen was founded in 1919 by French industrialist André-Gustave Citroën. Thierry Peugeot, the eldest son of Pierre Peugeot, currently operates as the chairman of the family board.