Patrick Drahi, founder and chairman of telecoms giant Altice, is buying Sotheby’s auction house in a deal worth $3.7 billion, taking it private after more than three decades as a public company.

In a statement, New York-based Sotheby’s, which celebrated its 275th anniversary this year, said it had accepted an offer from BidFair USA—Drahi’s holding company.

The deal will see Sotheby’s stakeholders receive $57 per share in cash—a premium of 61% of the company’s Wall Street stock price last week.

The deal still requires approval from the company’s shareholders and clearance from regulators, but is expected to become effective in the fourth quarter of this year.

“With my family, we are very enthusiastic to build together with its current management and their teams, the future of Sotheby’s,” Drahi said in a statement.

“I am making this investment for my family, through my personal holding, with a very long-term perspective.”

Sotheby’s was a UK public company in 1977 before going private in 1983 when it was acquired by Alfred Taubman. It then went public again in the US in 1988.

Drahi is a billionaire entrepreneur who founded multi-national telecoms company Altice in France. He expanded operations internationally, with businesses in Portugal, Israel, the US and Dominican Republic. Last year, Altice Europe posted revenue of €3.7 billion ($4.1 billion) and Altice USA posted $4.2 billion. Two of his four children, in their 20s, work in the family business. 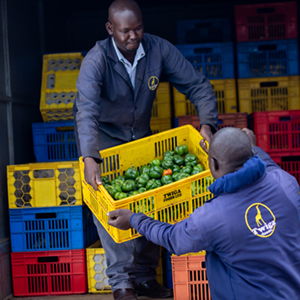 Founded in 2014, Twiga Foods runs a cashless platform where vendors can order and pay for vegetables and fresh food from farmers, resulting in a more efficient supply chain by eliminating multiple layers of middlemen.

It works with more than 13,000 farmers and 6,000 vendors in Kenya and farmers who sign up with Twiga receive payment within 24 hours.

It is among Africa’s most funded start-ups and has secured more than $28 million in funding over the last two years from investors including World Bank’s International Finance Corporation, private equity firm TLcom and the Global Agriculture and Food Security Programme.

In a statement, Twiga Foods said Creadev’s cash injection will go towards helping the firm upscale its support to small-scale farmers in the country.

“Having Creadev join our shareholding is a huge boost to our mission to deliver safe, affordable high-quality food to urban consumers, while providing a reliable market for farmers,” it said.

Creadev is a global long-term investment firm, which specialises in providing long-term equity support to entrepreneurs in the healthcare, food and human skill sectors. It is owned by one of the world’s wealthiest families—France’s Mulliez family. Led by retail tycoon Gerard Mulliez, the family control Groupe Auchan—a French international retail group and multinational corporation. 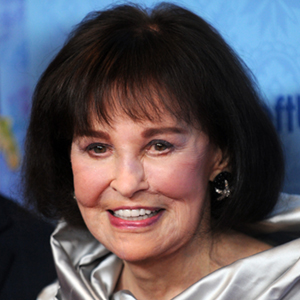 Gloria Vanderbilt, US heiress, artist and fashion icon, died Monday aged 95 at her Manhattan home surrounded by family and friends.

In a statement, her son, US journalist and television personality Anderson Cooper, said Vanderbilt died from complications arising from the stomach cancer she had been diagnosed with earlier this month, which had spread.

Vanderbilt was the great-great granddaughter of rail and shipping tycoon Cornelius Vanderbilt, who was once America’s richest man. Her father, Reginald Vanderbilt, was the heir to that fortune and upon his death, Vanderbilt, aged just 18 months, immediately inherited millions via a trust fund.

As a child, she was embroiled in an infamous custody battle between her mother and her aunt, which led her to be dubbed “poor little rich girl” by the press. The court eventually ruled in favour of her aunt.

In adulthood, she became a successful author, artist and socialite.

She also had a successful fashion business, launching a line of designer jeans in the 1970s, which grew into an empire raking in $100 million per year. She eventually diversified into other products including accessories, homewares and shoes.

It is uncertain whether her surviving three children—Carter committed suicide at the age of 23—will inherit any of Vanderbilt’s estimated $200 million wealth. In an interview with Howard Stern in 2014, Anderson Cooper said Vanderbilt had “made clear to me that there’s no trust fund”.

He went on to explain he didn’t mind the decision as inherited money was a “curse” and “initiative sucker”. It is not known if Cooper’s half-brothers will inherit anything.

Related Content:
All for one: the Mulliez dynasty's secret pact
Passing the Vanderbilt test: How to preserve your family wealth