Philanthropy has boomed since the global financial crisis, with a record high of £1.83 billion ($2.4 billion) donated in 2016.

The number of donations of £1 million ($1.3 million) and above was also up by two-thirds over the decade, according to the 10th anniversary Coutts Million Pound Donors Report released this week.

The first private bank in the UK to establish a dedicated philanthropy team noted families were increasingly interested in setting up trusts to serve their philanthropic ambitions.

The Global Family Office Report 2017 found the average family office gave $5.7 million to charitable causes over the previous 12-months, while one quarter were actively engaged in impact investing—considered by some industry watchers as Philanthropy 2.0.

Coutts said London kept its position as the hub of major philanthropy in the UK. The number of donations to UK based charities, from donors located outside the UK had increased ten-fold since the report began, from three to 30. The total value of those donations increased by more than 2,500%—from £9.8 million ($13 million) in 2006-7 to £263.5 million ($350 million) in 2016.

Lenka Setkova (pictured), executive director at Coutts Institute, said giving exactly £1 million appeared to be economically and psychologically a significant figure, which resonated with both donors and charities.

“This reflects a trend we see at Coutts with an increasing number of clients using our philanthropy services to establish charitable trusts so that together with their family, they can make a difference to the causes they care about.”

Family-controlled luxury giant LVMH is expanding its Napa Valley wine holdings, looking to increase the €4.85 billion ($5.76 billion) it made from wine and spirits last year.

Founder Ann Colgin and her husband Joe Wender will retain a 40% share in the 25-year-old business.

Colgin is the latest LVMH acquisition in Napa Valley. In 1973, Domaine Chandon opened in Yountville, as the first sparkling wine house run by a French producer, Moët & Chandon.

LVMH formed with the merger of Moët Hennessy and Louis Vuitton, its 2016 revenue was $44.7 billion. 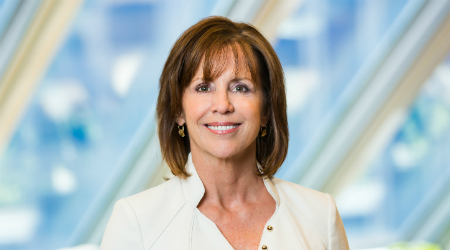 The Case Foundation has released an interactive timeline profiling 10 years across the impact investing sector.

The timeline aims to show how investors, social enterprises, foundations and non-profits have moved impact investing from niche to mainstream.

Jean Case (pictured), the US philanthropist, investor and CampdenFB commentator, said: “The moments captured in this digital display are just some of the activities that have helped to shape the ecosystem we have today, but they bring to light the importance of distinct actions that have pushed the field forward and created opportunities for others.”