Hong Kong billionaire Li Ka-Shing, 88, has announced he will step down as the chairman of multinational conglomerate CK Hutchison Holdings, which he founded more than 60 years ago.

Li turns 89 in July and said he was unlikely to resign before his 90th birthday. A story by MarketWatch named son and deputy president Victor Li as his likely successor. The younger Li has spent more than 30 years working under his father.

The company was formed in March 2015 through the merger of Cheung Kong Holdings and its main associate company Hutchison Whampoa. Li founded the former in the 1950s as a plastics manufacturer, then called Cheung Kong Industries.

The Brazilian Attorney General is urging the assets of the world’s largest meatpacker, JBS, be frozen – part of a corruption investigation of the Batista family which controls the company. 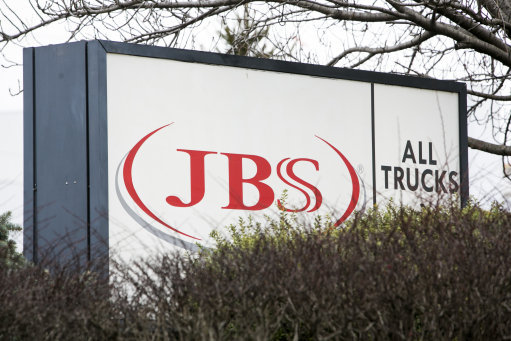 A separate decision by a federal judge blocked the $300 million sale of plants in Argentina, Paraguay, and Uruguay. The judge said the sale could harm the investigation, according to court documents seen by Reuters.

JBS had announced plans to sell $1.8 billion in assets in an attempt to reduce its debt in the wake of the scandal.

The Batista brothers, Joesley and Wesley, admitted in May to bribing politicians and securing favourable financing advantages from Brazil’s state-owned bank BNDES. It is thought this led to the loss of hundreds of millions of dollars of public money.

The brothers, Reuters reported, had agreed to pay a $3.1 billion fine over 25 years and turn in 1,893 politicians involved in the bribery, as part of a leniency deal with Brazilian prosecutors.

JBS was founded in 1953 as a humble butchers shop by Jose Batista Sobrinho, the father of the brothers now embroiled in the multi-million dollar scandal. The business had revenues of $53.5 billion in 2016, with the family owning a 42% share.

A survey by the UK government found just under half of businesses experienced at least one cyber security breach or attack in the last year.

Among the 46% who experienced a breach or attack, a temporary loss of files or corrupted software were the most common break-ins.

The new findings backed up research in Campden Wealth’s Global Family Office Report 2016, which estimated 40% of all family offices worldwide have experienced a cyber-security breach and consequently lost tens of thousands, even millions of dollars.

An estimated $81.3 billion was lost to cyber-crime in Asia-Pacific in the 12-months to September 2015, according to a survey conducted by professional services network Grant Thornton.

The American Institute of Certified Public Accountants reported 25% of Americans were victims of information security breaches in 2015, double the rate of the previous year.