While Chow Tai Fook Enterprises already has significant investments in real estate and resorts in Australia, the purchase of Alinta signifies its first steps into the energy sector.

The Chow Tai Fook Enterprises’ deal is the latest sign of foreign interest in the country’s infrastructure—just last month Elon Musk pledged to fix South Australia's energy crisis within 100 days or do it for free.

The family controlled group is led by Chinese billionaire Cheng Yu-tung, who in 2016 was named the fifth-richest person in Hong Kong with an estimated net worth of $16.6 billion, by Forbes.

The German automaker announced it would disperse the funds this week—Volkswagen was penalised last June after it sold half a million 2.0-litre diesel vehicles with software designed to cheat emissions tests.

In Europe, the European Commission has launched legal action against seven nations including Germany and the UK for failing to clamp down on the emissions cheating. 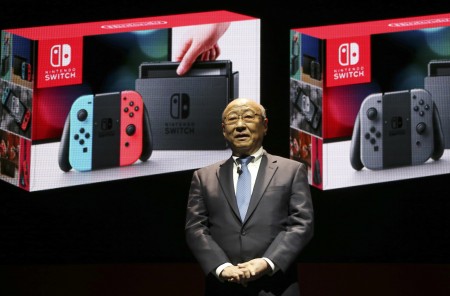 Japanese videogame maker Nintendo, owned by the sixth generation of the Yamauchi family, is to double the production of its new console, the Nintendo Switch, from 8 million units to 16 million in 2016.

Strong early reviews and the widely praised launch game Zelda: Breath of the Wild helped the Kyoto-based firm, founded in 1889, exceed demand—the console is now its fastest selling system in its history.

The only official indication of Switch sales to date is that Nintendo planned to ship 2 million units this month following its launch on 3 March, though a Wall Street Journal source claims the true number may be 2.5 million or more.

Nintendo has looked to reinvent itself in recent years, negotiating significant obstacles including the death of third-generation president Hiroshi Yamauchi in 2013, the ensuing dilution of the family’s ownership stake due to succession tax, and the poor performance of its Wii U console.