The family holding company best known for controlling the Danish shipping giant Maersk is making good on its plans to tackle global challenges head on by acquiring a Covid-19 test maker and diagnostics company.

AP Moller Holding, the parent company of the majority Maersk shareholder AP Moller Group, has signed an agreement to acquire Unilabs from funds advised by Apax for an undisclosed sum. Unilabs combines laboratory, pathology and imaging expertise for patients and caregivers. It had revenues of $2.2 billion in the 12 months to September 2021.

Robert Uggla (pictured), 43, has served as the chief executive of AP Moller Holding since 2016. He is the great-grandson of Arnold Peter Moller, the Danish shipping magnate who founded the AP Moller-Maersk Group in 1904.

Uggla said AP Moller Holding began a renewal of the group a few years ago by expanding into new activities underpinned by the next decades’ evolving macro themes and the holding company’s purpose to develop businesses that provided solutions to societal challenges.

“Early, correct and efficient diagnostics services not only save lives and reduce human suffering, but also enable more effective and targeted treatments,” he said.

The fourth-gen chief executive said Unilabs offered a good fit with his group’s purpose and understanding for running local operations which call for a high degree of automation and local logistics across geographies.

“We are deeply impressed with Unilabs’ expertise within testing, pathology and radiology. We see the opportunity to grow the company’s operations to new markets, offering important and immediate solutions to countries having limited access to critical healthcare solutions, such as teleradiology services.”

The Weston family of Canada has agreed to sell upmarket British department store Selfridges to a family-owned conglomerate in Thailand for up to $5.3 billion.

Terms for the sale with Central Group were settled earlier this month and the transaction was expected to be concluded by the end of 2021, The Times reported. The deal would end the Weston family’s ownership of the 113-year-old chain after 18 years.

The disposal of Selfridges would follow the collapse or reduction of its broader-appeal department store rivals Debenhams, House of Fraser and John Lewis in the wake of pandemic disruptions on high street retail and travel.

The Weston family, through Wittington Investments Ltd in Canada, put Selfridges on the market in June. The holding company is chaired by family principal Guy Weston (pictured), 61. The sale came only two months after the death of Guy Weston’s uncle, patriarch tycoon Galen Weston, at the age of 80. Galen Weston’s $830 million acquisition of the high-end department store in 2003 was something of a passion investment. Wittington Investments Ltd retains ownership of its luxury department store Fortnum and Mason.

The Westons of Wittington Investments Ltd are cousins of the Westons who control Primark-owner Associated British Foods.

Central Group traces its roots back to entrepreneur Tiang Chirathivat who opened his small family-run shop in Bangkok during the early 1950s. In 1956, his son, Samrit Chirathivat, expanded his father’s general merchandise business with the establishment of the first Central Department Store in Bangkok’s Wangburapha district. The $920 million group now has investments in retail, property development, brand management, hospitality plus food and beverage industries. 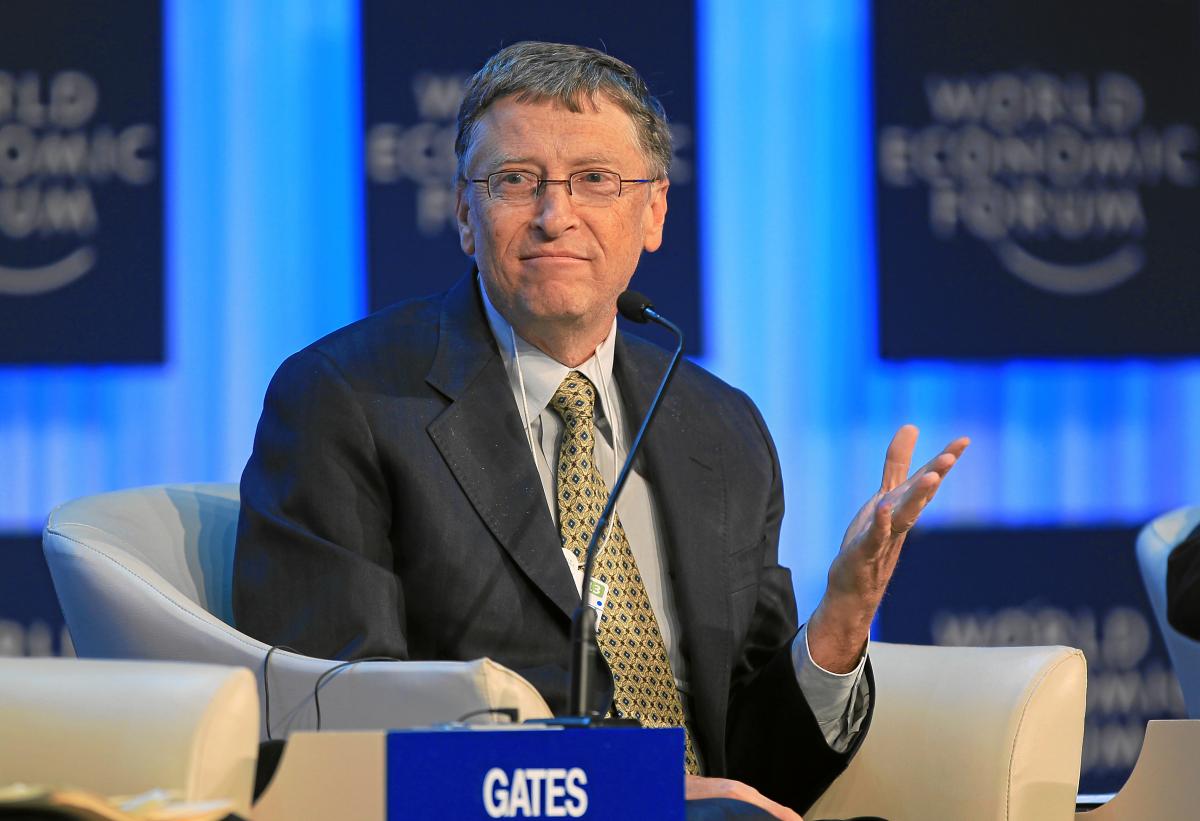 Newly divorced billionaire philanthropists Bill and Melinda Gates have developed a “new rhythm of working together” at The Giving Pledge foundation they established.

Bill Gates (pictured), 66, the fourth richest person in the world, who made much of his $124 billion fortune from co-founding Microsoft, and Melinda French Gates, 57, launched the world’s largest private charity with Warren Buffett, 91, in 2010. They lobbied the world’s ultra-wealthy individuals and families to gift most of their fortunes to philanthropic causes.

However, the future of The Giving Pledge was called into question when the couple announced their surprise separation in May 2021 after 27 years of marriage. They did not have a prenuptial agreement. Their divorce was finalised in August and the terms have not been made public.

In his blog last week, Gates said his personal world had never felt smaller than it did over the last 12 months. The only human interaction he had was through a screen, he said.

Even though he thought the things he had been working on were by far the most interesting part of his year, he knew a lot of people were curious about a subject closer to home—his divorce.

“Melinda and I continue to run our foundation together and have found a good new working rhythm, but I can’t deny that it’s been a year of great personal sadness for me,” Gates said.

“Adapting to change is never easy, no matter what it is. I’ve been impressed by how resilient my loved ones—especially my kids—have been in this challenging time.”