Agarwal, founder of global mining giant Vedanta, started buying into Anglo American via his family trust Volcan Investment in March 2017 and bought a second tranche in six months later, bringing his stake to 19.3%.

The bonds were to mature next year, but Volcan Investments said it would exercise a call option and take profits on its investment.

“At the time of Volcan’s initial investment, I explained that this was an attractive financial investment in a great company with excellent assets and a strong board and management team,” Agarwal said in a statement.

“This has turned out to be the case, with our target returns achieved even sooner than expected. The share price of Anglo American has close to doubled since Volcan invested, delivering attractive gains to all investors.”

In a separate statement, Vedanta said its overseas subsidiary, Cairn India Holdings, would also entirely unwind the investment it made into Anglo American, making a net gain of $100 million.

The total gain Agarwal is expected to make by divesting his stake is close to $500 million. 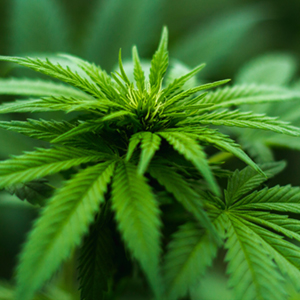 Greek billionaire and Coca-Cola heir Alkiviades David has launched a cannabis bank and cryptocurrency with his Swiss-based consortium Swissx to help arrange legal cannabis sales across the globe.

Swissx said its Swissx Bank, based in the Swiss municipality of Gstadd, would sell cannabis products that do not contain THC—the psychoactive part of hemp plants—and operate SWX Coin, a cryptocurrency based on Bitcoin’s blockchain pegged to the price of premium hemp flower.

Its SWX Coin will be used to pay members of the Swissx Hemp Farmers’ Cooperative, an entity established to provide proprietary hemp strains training to the agricultural workers producing the company’s seeds.

Simultaneously, the consortium launched Swissx Global Hemp Exchange—a secondary market for the trading of future and other assets pertaining to the cannabis industry. It said the exchange will also provide analytics and pricing information on markets relevant to the cannabis sector.

“The Swissx Global Exchange will be an authoritative resource for the entire industry, better than Nielsen, bigger than Nasdaq,” David said in a statement.

“Together, the bank and currency and exchange don’t just ensure Swissx’s international operations run perfectly, it will become the engine for the fastest growing business sector in the world.”

Alkiviades David is heir to the Greek Leventis family fortune, whose holdings include manufacturing, bottling plants, property and shipping. When his father, Andrew A David, died in 2008, he became the majority shareholder of his family’s business Leventis-David Group, which owns Coca-Cola Hellenic—Europe’s largest bottling company with plants in 28 countries. 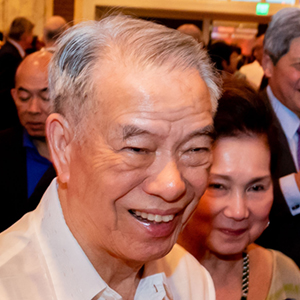 Billionaire Lucio Tan’s Philippine Air (PAL) has named industry veteran Gilbert Santa Maria as its new president and chief operating officer after weeks of speculation about the chairman’s succession plans for his airline.

The airline said Santa Maria was “handpicked” by Tan and is expected to begin working immediately at the loss-making carrier.

“I call on all PAL executives and staff to support Gilbert Santa Maria,” Tan said in a statement.

“Let’s work together and help him face PAL’s many challenges.”

The move comes after the airline’s long-serving president Jamie Bautista unexpectedly retired in late May.

In the wake of Bautista’s departure, Tan’s daughter, Vivienne Tan, PAL’s chief administrative officer, executive vice president and treasurer, was appointed as the airline’s officer in charge before Tan himself assumed the position of interim president and chief operating officer two weeks ago.

PAL’s parent company PAL Holdings has been struggling in the last two years, losing $200 million from 2017 and 2018 amid elevated fuel prices.

Lucio Tan is the founder and chairman of Philippine conglomerate LT Group, which has interests in tobacco, spirits, banking, hospitality, airlines and property development. His son Michael Tan, president of LT Group, is widely seen as the successor to the family’s $3.6 billion business empire. Vivienne was elected as director of LT Group this year and sits on the board of several of LT Group’s companies. His younger son, Lucio Tan Jr, heads Tanduay Distillers and sits as director of Fortune Tobacco.