Ferragamo is one of the world’s most iconic fashion brands. It’s also one of Italy’s greatest family businesses. CampdenFB speaks to Ferruccio Ferragamo about the family, the business and the luxury market. Ferruccio Ferragamo likes rules. The 66-year-old head of the iconic Italian fashion house says they help to ensure the business flourishes as a family-controlled one, and that’s very important to the Ferragamo family. “If I’m thinking about something we did very well in the past, then it must have been to establish rules when rules were less necessary,” Ferruccio says from Ferragamo’s magnificent 13th century Palazzo Spini Feroni in the heart of Florence. “All family businesses need to distinguish when it’s about the family and when it’s about the business. Or you risk spoiling both.”

The most important rule at Ferragamo, says Ferruccio – the person behind the rules – is that only three members of the next generation can work for the company at the same time. And to be admitted to the house of Ferragamo, next-gens need to be educated to at least master’s degree level, fluent in English, and should have worked at an outside company for at least two years. But even all that doesn’t get aspiring next-gens the job. No, they still have to pass an interview with an outsider, typically someone well known and respected by the family, usually a head of a university. Ferruccio won’t disclose who these individuals are, but says they know what the business wants and are a pretty good judge of character. 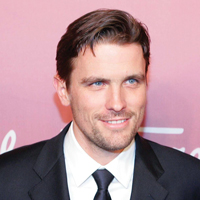 Does the selection process work? Ferruccio thinks so. “Getting things like succession right and creating rules are easier when the pressure is off. That’s to say before succession becomes a burning issue. That’s when mistakes are made.” Currently, only two members of the third and most recent generation work at Ferragamo – James (pictured, right), one of Ferruccio’s twin sons, who heads women’s leather goods, and Angelica, daughter of Fulvia, Ferruccio’s sister, who is director of retail for Italy. James, 40, is well known to the outside world – he’s often prominent at Ferragamo events and is increasingly becoming the group’s public face. Last year, he also made the list of the top 40 under 40 of CampdenFB’s leading next-gens. All this suggests he’s doing something right. Less is known of Angelica, who prefers to keep a lower profile.

And for those that don’t make it, or decide they don’t want to work in the family business – what happens to them? “We tried to diversify to help deal with this situation,” says Ferruccio. In 1993, he bought a 700-hectare wine estate in Tuscany, called Il Borro. “I [started] Il Borro with the idea of arousing the interest of some of my children,” he says. It’s now run by James’s twin, Salvatore, who oversees the estate. In 1995, the family also established the Lungarno Collection, a group that owns hotels in Florence, Rome and Tuscany, and is headed by Ferruccio’s brother Leonardo.

But Ferruccio isn’t finished with his rules. To further strengthen the family’s continuing control over the business, spouses of the Ferragamo family aren’t allowed to work in the business. “It’s hard for siblings to work together,” Ferruccio says. “Adding in wives and husbands just complicates matters further.” 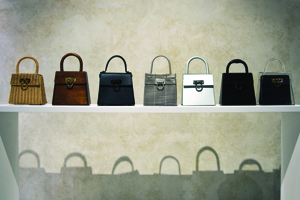 Ferruccio’s rules definitely help to stop the impression that Ferragamo is guilty of blatant nepotism. That’s good, particularly in a country where that is often the case. Offspring of the family need to prove themselves first before they land the plum job at the fashion house. But is it enough to ensure continuing success at Ferragamo? Most observers of businesses would say no. They would argue rules don’t make great businesses, family controlled or otherwise, but entrepreneurs do.

Here the Ferragamo family has been lucky, extremely lucky – producing four exceptional entrepreneurs and business strategists across two generations. It all started with Salvatore, the son of southern Italian peasants, whose obsession with shoemaking is legendary. He got things going, making shoes for many of the great and the good of his day, including Hollywood movie stars Marilyn Monroe, Audrey Hepburn, Sophia Loren and Greta Garbo.

But he tragically died in 1960. His wife Wanda, the second business visionary in the story of Ferragamo, took over in the early 1960s and had the business and creative vision to take Ferragamo to the next level, expanding outside of just shoemaking, to the now famous Ferragamo handbags and scarves. Still alive, Wanda, 90, is one of the great personalities in the fashion world in Italy and continues to influence Ferragamo in her role as honorary chairperson. She also gave birth to the six members of the second generation, five of whom are now working in the business. The third visionary is Fiamma Ferragamo di San Giuliano. Second-generation Fiamma learnt well her father’s creative flare, designing many of the most successful shoes for the fashion house up until she died of breast cancer in 1998.

Ferruccio is the fourth great figure at Ferragamo. He started young, before the now well-known family rules were established. Like so many family businesses in Italy, the second generation was “expected” to work in the family business, says Ferruccio.

He came into the business soon after his father died, when the fashion house was only making 80 pairs of shoes a day. Ferragamo’s size back then enabled Ferruccio to oversee big parts of the business at an early age and soon after joining the business he oversaw the management of the company’s retail outlets. Ferruccio’s skills as a business leader were further honed when he took senior roles in the numbers side of the business. His big break came in his early 20s when he was given the job of general manager. Fourteen years later he was made chief executive. “I think I’ve seen the company far and wide,” he says.

Ferruccio’s great skill, say outsiders who know the company well, was to professionalise the business. Part of that process was of course the all-important rules to ensure a smooth family transition. Also important was having the courage to bring in outsiders to top positions, including the current chief executive Michele Norsa, who was hired in 2006. But the proof of any person’s success as head of a business is in the numbers. And here Ferruccio’s success is plain to see. He’s overseen the immense growth of the business, taking revenues to €986.4 million in 2011, from €687.4 million four years earlier.

“Ferruccio Ferragamo has headed the group in a period full of changes both for the family and the company,” says Guido Corbetta, professor of strategy in family businesses at Bocconi University in Milan. “He proved to have a great ability in building cohesion within the family and was also responsible for bringing in the new chief executive and listing the firm.”

There’s little doubt the Ferragamo family – led by its four visionaries – has been an inspirational family-controlled business. Indeed, any business school would be well advised to use Ferragamo as a case study on a successful family business whatever the criteria is used to judge it. But Ferragamo has also been among one of the biggest beneficiaries of the huge growth in demand for luxury products worldwide in the last few decades. The Boston Consulting Group reckons the global market for luxury goods and services is expected to be worth $1.4 trillion (€1.1 trillion) this year, and has been notching up double-digit growth in the last few years, even as much of the developed world was either in recession or experiencing low economic growth. Much of the boom is due to new markets in China and other fast-growing emerging market economies. But demand is still strong in the more developed markets, as well.

Asia is now Ferragamo’s biggest market, accounting for 36% of its near-billion euros of revenue in 2011. Sales in the region, where the company has 207 stores, rose by a staggering 116% between 2007 and 2011. But traditional markets like Europe and the US are also growing rapidly, as retail purchases are increasingly being polarised between luxury at the top and discount stores at the bottom, with very little demand in between. 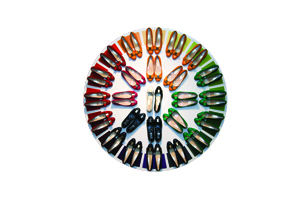 In order to take advantage of the growth in Asia, Ferragamo decided to list part of the company on the Milan Stock Exchange last year. The initial public offering was successful, raising €344.5 million for growth, but only diluting the family ownership down to 80% from 92%. As much as the move raised money for expansion, the initial public offering in Milan was also symbolic, given its great Italian rival Prada decided to list on the much more vibrant Hong Kong Stock Exchange around the same time. Analysts saw Ferragamo’s decision as underlining the company’s commitment to Italy.

“What the Ferragamo family wanted to indicate is that their firm is expanding in international markets but wants to maintain its roots in Italy,” says Fabiano Schivardi, professor of economics at the Italian University of Cagliari and research fellow at the Einaudi Institute for Economics and Finance. “That’s why they listed in Milan, not Hong Kong.”

Ferruccio says the Milan listing was based on sound business judgment. That’s proven – money was raised for expansion and the company’s share price has risen substantially since the IPO. But there was also an element of romanticism behind the decision. “The company isn’t just a business, it’s a passion, it’s a story, and it’s my father’s dream. We are not interested in abandoning what being made in Italy means.”

Today, all of Ferragamo’s products are made in Italy. The family business, like an increasing number of European luxury brands, is realising that being made in your local market – like Italy – has considerable consumer appeal both at home and abroad. That also means charging a premium for those goods. But it also ties the business better into the local community, helping to cement better relations with workers and management, and helping to promote a more responsible corporate culture, says Ferruccio.

“We aren’t interested in leaving Italy. From the listing to the production, we have often been offered alternatives, but we have never been interested because we don’t want to renounce the company’s DNA, which is in Italy,” he says.

That link to the community, combined with Ferruccio’s rules – and a bit of third-generation entrepreneurship – should help to ensure the dream started by Salvatore and now embodied in the second and third generations will stay at Ferragamo for a few more generations yet.