Fashion and the family in Italy

When it comes to fashion, few countries get it as right as Italy. CampdenFB looks at some of Italy’s better-known family-controlled fashion houses – and the important role of the family within them. When it comes to fashion, few countries get it as right as Italy. After all, the country has given rise to such iconic brands as Armani, Prada, Gucci and many, many more.

The fashion industry is hugely important to the country’s economy; indeed, in no other economy in the world is the fashion industry so important in terms of its overall contribution to GDP than in Italy. That feeds through into jobs and valuable export earnings. One common theme running through much of the fashion industry is that families control many of the companies in the sector. Below, CampdenFB looks at some of Italy’s better-known family-controlled fashion houses – and the important role of the family within them.

Versace
Gianni Versace left the business to his family after he was tragically murdered in 1997, with niece Allegra inheriting the most – 50%. Gianni’s siblings Santo and Donatella (pictured, above) respectively received 30% and 20% of the business. The Milan-based fashion house has always been fully privately owned. But there has been some talk that the Versace family is considering an IPO in the next two years to fund its expansion in Asia. However, no date or location has been made public.

Tod’s
Shoes and luxury goods maker Tod’s was one of the first Italian fashion houses to list way back in November 2000, when the Della Valle family sold a 25% stake on the Milan Stock Exchange. The family, which is headed by second-generation brothers Diego and Matteo, currently controls 56.7% of the company. 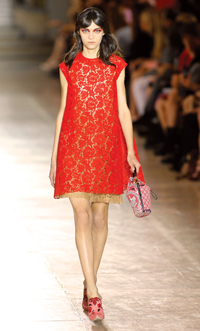 Prada
Headed by the successful husband-wife team of Patrizio Bertelli and Miuccia Prada, the Milanese fashion house traces its origins back to a leather goods shop opened in 1913 by Miuccia’s grandfather Mario Prada. Like Ferragamo, Prada listed last year, but in Hong Kong, and raised more than $2 billion (€1.6 billion) in the process. But the family still very much controls the business, owning 80% of the capital.

Brunello Cucinelli
Founded in 1978, the Solomeo-based fashion house is famous for its cashmere sweaters, bought by the likes of Prince William and the current James Bond, Daniel Craig. Founder Brunello Cucinelli decided to list a third of the business on the Milan bourse earlier this year; the initial public offering was 15 times oversubscribed.

Benetton Group
The fashion retailer listed way back in 1986, but decided this year to take the publicly listed bit of the business back in family hands. The move was designed to give the family more say in how the business was being run. Benetton has struggled to deal with competition from the likes of Zara and H&M in recent years. Second-generation Alessandro is now in control. 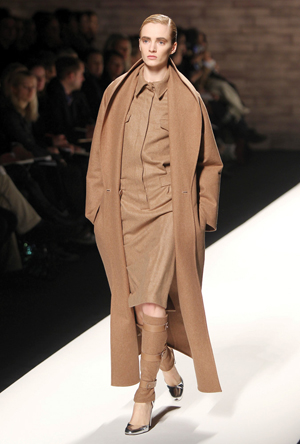 Max Mara
After founder Achille Maramotti died in 2003, his children Luigi, Ignazio and Ludovica took over the management of the Reggio Emilia-based company, famous for its camel coats and ready-to-wear clothing. The company is still 100% private and the family is keen to keep it this way, with no talk of listing on a stock market.

Giorgio Armani Group
Possibly the most iconic of all Italian family houses, Giorgio Armani has steadfastly refused to sell even a bit of his 100% family-owned empire to outside interests, despite many offers, including from French luxury group LVMH. The 75-year-old looks set to pass on the business to his nieces Silvana and Roberta Armani and nephew Andrea Camerana.