Seven years ago Rod Jones, who runs his family’s Texas-based investment office Cain Capital, felt his portfolio was lacking in diversity. He began looking for deeper exposure to the agricultural sector. Initially he investigated institutional offerings, such as fund baskets and exchange-traded funds (ETFs), but was unimpressed with the vehicles he saw.

“We wanted true exposure to farming and farmland and it seemed that institutions were finding it just as tough as family offices to realise that exposure,” says Jones, who instead began looking at direct investment deals.

“Direct investment equals direct exposure, and it suits our portfolio better,” says Jones. The family now has a number of investments in irrigated crops throughout Texas and the Mississippi Delta, which provide good domestic exposure for the family. 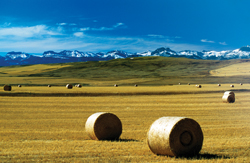 There may not be such a large take up in the US’s southwest but from futures to farmland, fertiliser to fruit, many other families around the world are increasingly turning to agriculture as an integral part of their investment portfolios. The macroeconomic fundamentals reveal why this asset class is becoming so attractive. Agricultural exports from the US rose by more than 50% between 2009 and 2013, and in 2014 horticultural exports are forecast to increase by $2.5 billion (€1.8 billion) to a record $34.5 billion. Whether or not you believe climate change is to blame, the amount of arable land is regressing, making it harder to sate global demand for food. Water scarcity and competition from biofuel crops also puts pressure on agricultural demand.

“If you haven’t already done so, now is the time to invest in agriculture,” says the patriarch of one New York-based family office, speaking on the condition of anonymity so that he could freely discuss his asset allocation plans. “There are both long-term and short-term plays which need to be considered. Long term, interests in arable farmland or agricultural producers could be an attractive option. We have been increasing our exposure in Europe by way of direct investments. Short-to-medium term, it is worth paying more attention to the soft commodity futures markets in Chicago, such as soybeans and corn.”

According to a January report from the European Commission, global grain consumption is predicted to climb to 297.9 million tonnes by 2023 from 279.8 million tonnes last year, led largely by a doubling of the use of cereals in biofuel production. The EU believes this will mean grain exports will climb to 31.1 million tonnes from 27.4 million tonnes in 2013. 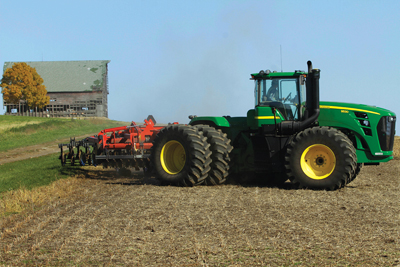 In the meantime, legislative changes in the US have altered the environment for potential investors. In February, President Barack Obama signed a new farm bill into law, closing a loophole that cost the US treasury $4.5 billion annually. For years the government provided individuals and companies with yearly direct, fixed cash payments for every acre they owned, regardless of whether it was planted. Critics believed the problem with the direct payment system was that it was not tied to crop prices and was distributed even if the land was not farmed. However, as well as repealing direct payments, the new bill also expanded subsidies for crop insurance, providing payments if farmers take losses. In effect, these federally subsidised insurance programmes will guarantee farm revenue, regardless of crop failure or price swings, making agriculture an increasingly sensible investment for wealthy families.

If your family office is bullish on agriculture, there are numerous instruments that provide family offices with exposure to the sector, beyond direct investment. Futures markets originally came about because crop producers wanted to reduce their inherent risk in harvests that were susceptible to the weather. Contracts in corn, cotton, soybeans and sugar have been the mainstay of soft commodity traders for centuries, and futures let investors play agricultural price changes without putting in the hard physical labour of production. But for family offices with little sector-specific experience, futures can sometimes be intimidating and require an understanding of the historical price movements of the market they are targeting.

“Unless you have the experience and time to constantly monitor the market, as well as access to a dedicated trader, I wouldn’t recommend commodity futures for most family offices,” says the New York-based patriarch.

Crop stock-picking
Yet equities can also be more complex than at first they would seem. Over the past 50 years, the trend in agricultural stocks has been one of consolidation. Agricultural equities – whether listed in the US or internationally – might be easily accessible and liquid, but they are often characterised by large caps with global reach, meaning it is harder to exactly pinpoint your exposure. Firms like organic produce company Dole grow and distribute their products across multiple markets, while agricultural chemicals companies like Monsanto and equipment manufacturers like John Deere provide not only exposure to the sector but also international markets. The global nature of these stocks is a plus if you are after a general, international exposure to the sector, but it becomes more problematic if you want to narrow your strategy to a specific market or agricultural product.

To invest more broadly in agriculture and ride the current fundamental shift that seems to be driving the sector, ETFs can often give a family office a broader exposure to it. However, there are also pitfalls in these instruments. Agriculture ETFs are a broad church. They can be comprised of indices of agricultural stocks, baskets of commodity futures contracts, collections of agricultural real estate investment trusts (REITs), or a mix of all of the above. Compared to a single future, commodity or equity, agricultural ETFs typically provide broader investment in a sector – and thus theoretically lower risk – by spreading your investment across multiple instruments under the one theme. But ETF constructions need to be analysed closely so that investors know they are gaining their intended exposure, rather than a synthetic construction which may not necessarily hold the desired underlying assets (and thus not a true exposure to the intended sector). 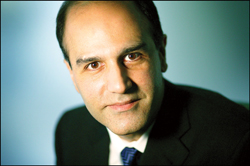 Reza Vishkai (pictured right), head of specialist investments at Insight Investment, a BNY Mellon company, says farmland is one of the best-yielding agricultural investments a family can make.

“Farmland is the ultimate beneficiary of the returns from agriculture – both the value of the land and the food produced on it. Farmland is also resilient to the economic cycle,” says Vishkai, explaining that in the US in the 63 years between 1951 and 2012, in inflation-adjusted terms, farmland values increased more than four times. “Over the same time period, the CRB Foodstuff index was almost flat in real terms.”

“You can similarly play a picks-and-shovels approach and find some narrowly-focused agricultural supplier,” he says. “You could also buy commodity futures or futures-backed exchange-traded funds.”

But Ganos sees two basic problems with these ideas: “First, most other investors are probably thinking the same thing. So, where’s your competitive advantage? Where’s the uniqueness and extra-market return?” Second, Ganos says the metrics among big sector players are often all reasonably similar; true differentiation is “pretty tough”.

For family offices with an appetite for adventure, and those that can cope with a lack of liquidity, direct investment into foreign agricultural interests is increasingly becoming more accessible. “One programme could be forestry-related businesses in New Zealand. Or it could be vegetable producers in the Middle East, or grain producers in South America – the range of opportunities is growing,” Ganos says.

Jones is also looking at expanding the family’s agricultural direct investments beyond the US domestic market and into Latin America. “There’s great opportunity to be had in Latin America but it requires a higher degree of due diligence and a deeper commitment to long-term investing,” says Jones, who has recently invested in the development of a port in South America to help get his agricultural investments to market quicker.

For families that don’t want to manage their own direct investments, or aren’t quite satisfied with the depth of institutional offerings, Jones suggests grouping together as a syndicate to pick up farmland assets in the form of a REIT. “Co-op REITs with other families can give you the direct exposure to working farms without the need to manage the operations,” says Jones. “And it’s a good way to satisfy your desire for deep investment in the sector without needing to rely on institutional offerings.”

So if your family has a hunger for agricultural investments, there’s enough diversity of assets for even the fussiest eaters to satisfy themselves.