A Family's Story: Governance and leadership in the Middle East In the third of this four-part series of case studies, Zita Nikoletta Verbenyi reports on three governance challenges overcome by a diversified family enterprise from the Kingdom of Saudi Arabia.

In respect of their wishes, we have kept the name of this family anonymous while trying to share as much detail as possible.

The group’s history goes back to the 1940s, to one of Saudi Arabia's early entrepreneurs, who opened a grocery store in the Holy City of Makkah. In the 1950s the founder then moved to Riyadh and established a textile business along with a group of other companies dealing with bookstores, perfumes, and cosmetics.

The businesses flourished and became the strong foundation of the highly diversified global family conglomerate known today under the leadership of the patriarch's son, who followed his father's entrepreneurial spirit. It now has 130 shareholdings worldwide in sectors from aviation and logistics to real estate.

The second generation realised that for a sophisticated regional, and then international, presence he needed to seize upon market opportunities and as a first-mover diversify providing a highly varied range of services according to the growing needs of the population. In order to achieve this goal, the son formed ventures and partnerships with local and regional market leaders in different industries which led to further expansions.

The group's reputation attracted top global partners to the already sizable global investor conglomerate. Behind these strategic manoeuvres there was the patriarch's son, who simultaneously also became a prominent banker in the Middle East. These endeavours complemented his business activities in all other fields. Within his long tenure at the National Commercial Bank (NCB), including appointments as chairman and managing director, he instituted a number of structural reforms.

He initiated a corporate governance programme, laid down clear structures entrusting professionals, and employed the first chief executive. This transformed the bank into one of the region’s largest financial services providers and his family’s conglomerate into a corporate governance leader with a focus on transparency.

The son of the founder still acts as the chairman of the group, however the third generation is already responsible for its day-to-day management. The grandson took up the role of the group chief executive in early 2000s after establishing successful financial services companies and investment vehicles – independently of the group – in the US and Europe. Only three active family members are involved in the group's operations and there is a strategic 50%-50% representation of family members and professional board members. The selection of the non-family members came through the founder's network based on business requirements, directives, and specific job descriptions with the aid of professional help running the recruiting process.

The holding entity oversees all the group activities over its three investment arms. A so-called ‘platform’ strategy is used to identify any investments, new partnerships, or projects.  Each platform has its own board of directors making sure that the family recruits professional directors who suit the criteria for that specific business and will be able to create and incubate the new platform. For each new business and platform, the family establishes and outlines each of the directors' functions, responsibilities and the structure and strategy independently from the industry, whether the business is in aviation, construction or in contracting. This platform strategy allows the group to hold onto second-level holding companies with professional executives on their boards, however all of them must comply with the ultimate holding company and be aligned with its core principles, visions, and goals.

The family behind the group embraces any family members who want to be involved in the family business however, they need to have the right skills for the specific role they wish to take up and the responsibilities to match the desired position. The inclusion process respecting each individual's goal and aspirations is facilitated by the family to help each member to reach their full potential. Everything, however, needs to fall under the value system of the family and of Islam, and ensure that business requirements are met. Within the family they have members pursuing many different lifestyles, from artists, and housewives, to equestrian riders, professional athletes, and business executives. Family unity creates the strong foundations for harmonious business operations.

Three challenges around governance and their solutions

During the heights of the second generation's tenure, the head of the family had to find a strategy on how to strengthen the ties in between the five branches. Despite being a small family, members outside of the core branch felt excluded from the wealth, distant from the privilege and traditions, and of everything that the core family had.

The core family members had to observe and solve how business dynamics and economics worked with other family branches, given the founder's roles, vision, and the transformation of the family within the past thirty years. There were a lot cases where the founder had to face sad episodes where he saw family members destroying wealth and legacy, including siblings who were not in agreement on many areas, which was painful for everyone involved.

One of the early lessons for the family was to separate emotions from business. They did this by appointing independent directors whose role was to set the strategy behind how the business had to grow and prosper, and decide what its real potential was without any involvement in politics or diplomacy. In order to engage everyone, they established a family assembly, where each and every branch would always be fairly represented. This was really to show how the business was growing, they could comment and became part of the family with its associated honour and privilege. The family assembly membership was and still is based on merit, and its chairman is always the eldest member of the family.

Annual gatherings are run where everyone is invited, usually in a format of a retreat during the Eid holidays where everyone can meet and mingle. There is also a human resources committee, where the family helps aspiring students with scholarships and college issues. The family also makes sure that there is always meaningful change to whomever wants to be associated with the family. The family is now preparing for the next generation to be involved, and to fully support those specialising and climbing the corporate ladder based on their merits.

There are still several issues, for instance with in-laws who do not share the same surnames. The family recognises the fact that if anyone marries into the family they might not share the very same values of the family and conflict might arise. The way the family solves it, is that firstly diversity is taken into consideration and the common values are still recognised, which are according to Islamic values; generosity, being responsible, affectionate, and respectful. 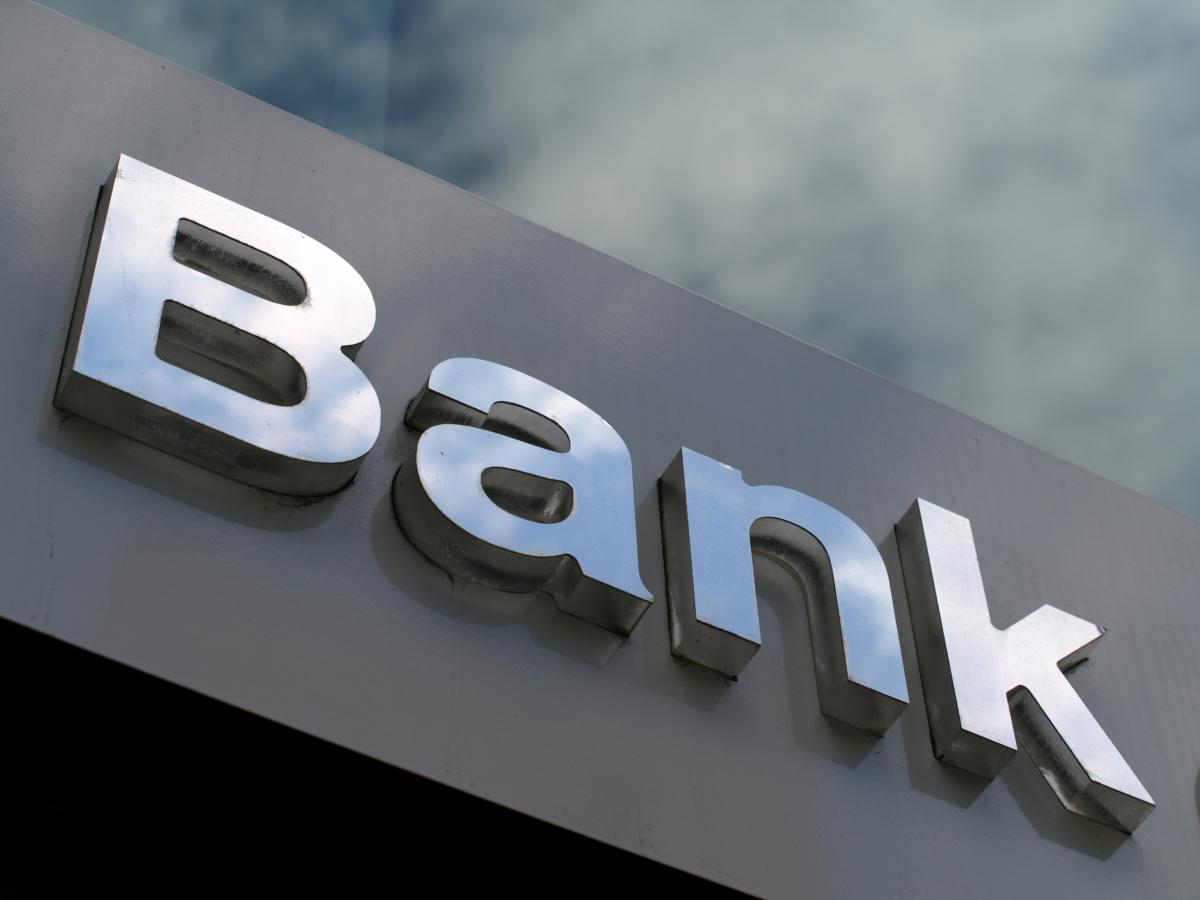 Challenge 2:  A weight of expectations

As one of the kingdom’s first family-run conglomerates, managing expectations became one of the biggest challenges for the group. Expectations rose from other families, from society, and especially from the banking sector, as at that time the economy of the Kingdom of Saudi Arabia relied heavily on the National Commercial Bank.

The chairman's banking background helped the group address this weight of expectations. They inherited a disciplined approach to running a sustainable enterprise, ensuring there was little conflict in whatever they did, identifying all possibly issues transparently and aligning everything with all the stakeholders' interest and understanding.

There is a guidance booklet written for family members about the various family and business procedures. All issues are exchanged in front of the general management committee. Transparency, communication and reporting lines are key whether it is about the business or any family issues. For example, if the chairman is asked for his opinion, when this is given, the chief executive needs to be present. Many times, though, if the topics to be addressed during the committee meetings are not especially pressing, not everyone will share their views on every occasion.

The group recently started using an investment strategy driven by dubious political events and hedging against those. It founded the principal asset management arm of the group and moved it from the US to Dubai, with branches in the US and in Europe. They identified key strategic themes and moves, and capitalised on those. Over the past five to six years the group has been focusing on education and healthcare as they have already been involved in these on a global level.

Challenge 3: Friction with other families

The family also had a few investments in the health care and education sectors where they invested in other family businesses. These family business owners at some point needed advice and a strategic investor to come in and help them capitalise on market opportunities and grow their business beyond what they had envisioned and predicted. Although the larger conglomerate knew exactly what they were trying to achieve and why, conflicts arose with the partners, with their families, or with the actual contracts.

Over the past seven years the group had twice acquired majority stakes in other family businesses based out of Jeddah. The solution was to recognise the people, their skills, and strengths, in the other family businesses. The first step was to always set up a family appointment policy that allowed the owner to nominate his children to be involved in the business. This reduced a point of friction as the owner wanted the business to be run by his family at some point in time.

Current oil prices and recently proposed taxation guidelines affect the group however, the family enterprise continues to thrive thanks to good mechanisms, and holistic and global approaches to investments.

The challenge for the future lies in succession planning for the fifth generation - keeping them engaged with the business and to the family itself – until it is their time to take over the group and the reign.